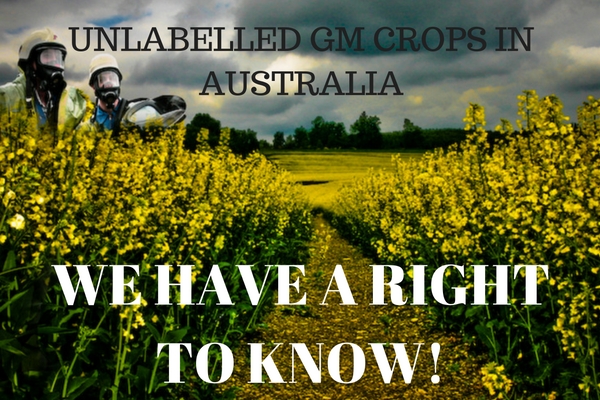 A new Friends of the Earth report reveals that our regulators are planning to allow foods derived from a range of new genetic modification (GM) techniques untested and unlabelled onto our supermarket shelves and that they have misled the Senate on the issue.

Take action – tell Fiona Nash to rein in the regulators

Large agrochemical companies such as Dow, Syngenta, Bayer and Monsanto have been investing in a suite of risky new GM techniques and arguing that they are not really GM in order to attempt to circumvent regulation and public resistance to GMOs.

Unfortunately, our regulators - Food Standards Australia New Zealand (FSANZ) and the Office of the Gene Technology Regulator (OGTR) - seem all too ready to allow products derived from these risky new techniques to go untested and unlabelled into our food chain.

The techniques include zinc finger nucleases, oligo-directed mutagenesis and CRISPR and the GM crop industry is referring to them misleadingly as ‘New Plant Breeding Techniques’.

Documents obtained by Friends of the Earth under Freedom of Information laws reveal that the OGTR has already requested the drafting of legislative changes to deregulate a number of these new GM techniques. This has occurred without any public input or consultation. This is despite the agency claiming in Senate Estimates that such instructions have not yet been issued. Questions asked by Senator Rachel Siewert reveal that the OGTR plans to conduct public consultation on these proposed changes in early 2016. However, since legislative changes are already being drafted, it appears the agency has already made up its mind.

In 2012 and 2013 FSANZ convened an expert panel – comprised almost entirely of genetic engineers with gene technology patents – to look at whether these new GM techniques should be considered genetic engineering. Not surprisingly, the panel concluded that the majority of these techniques should be deregulated or undergo a simplified form of food safety assessment - conclusions strongly disputed by overseas regulators. Furthermore, FSANZ appears to have deliberately misled the Senate by stating “FSANZ is not aware that any members of the expert panel have potential conflicts of interest.”

It’s time our regulators stopped letting industry write the rules for them and put public health and our environment before private profit.

Friends of the Earth is calling for:

Take action – tell Fiona Nash to rein in the regulators