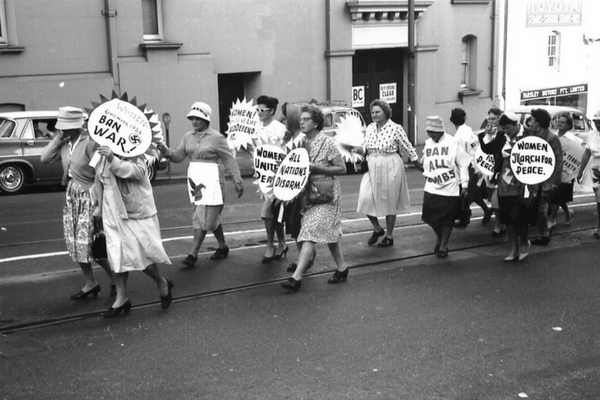 When I heard that people who had organised Brisbane's pivotal 1967 Civil Liberties march were getting together to remember, celebrate, and reflect upon the event, I knew I had to go along – to be in the presence of those whose names I had heard, but faces I did not know from that era.

As a (more) recent migrant to the region, I have taken great interest in the anti-uranium campaigns and the peace movement and their histories and have also been heavily involved in helping coordinate community responses to the G20 meetings in Brisbane in 2014. While G20 police liaison took umbrage at my "jokingly" referring to them as the armed face of the state, I have no doubt that their modus operandi was to prioritise law and order over civil liberties. Still now, we are constantly needing to reiterate to both activists and the wider community that in Queensland, we have that right to assemble – without seeking the authority of the state: that we do not need a permit, even if our place of assembly is the street and even if we want to march.

The ability to claim this, and its articulation in law under the Peaceful Assembly Act, comes from the efforts of those people who put their bodies on the line in the 1960s and '70s – the organisers of the 1967 march, the ripple effects of their actions and their collective networks.

Fifty years on, it may be hard to imagine that people now in their late 60s and older were being disowned by their families for their "radical" behavior, taking to the streets to protest without permits, exploring their sexuality, looking for ways to better integrate creativity into their political expression, skill-sharing, mentoring and educating each other, learning about land rights and invasion (if they weren't experiencing this first-hand themselves) ‒ all while attempting to dismantle the dominant paradigm of industrial capitalism in all its racist, sexist, ecologically destructive and militaristic glory.

"I'm not a Communist; I'm a radical socialist!" UQ student activist Anne Richards tried to explain to her disapproving father. People like Anne, now a university lecturer, lived on the poverty line, putting their time and energy in to opposing existing power structures and to creating alternatives.

They started Brisbane institutions like the Whole Foods Coop and 4ZZZFM, they published and distributed anti-war and anti-capitalist booklets such as How Not to Join the Army, the Little Red School Book and the Guide to Shoplifting, they held False Registration paper parties, a Marijuana smoke-in on the UQ campus, developed radical theatre and art, explored women's empowerment and women's liberation, set up FOCO (once claimed to be 'Australia's most evil and repugnant nightspot'), formed a National Liberation Front Regiment on the UQ campus, studied or taught, organised for students' rights, rioted on campus, and took to the streets in the highly repressive state of Queensland.

Children of the 1950s, their actions did not suddenly manifest, but evolved out of a need to challenge the stultifying post-war conservatism they had grown up with. Unlike other Australian university campuses at the time, however, "UQ did not have a strong left tradition, and consequently the radical students … drew their initial inspiration from the US student revolt and from Catholic social activists…" rather than from the Labor Party, wrote Mick Armstrong in his 2001 book One, Two Three, What are We Fighting For? 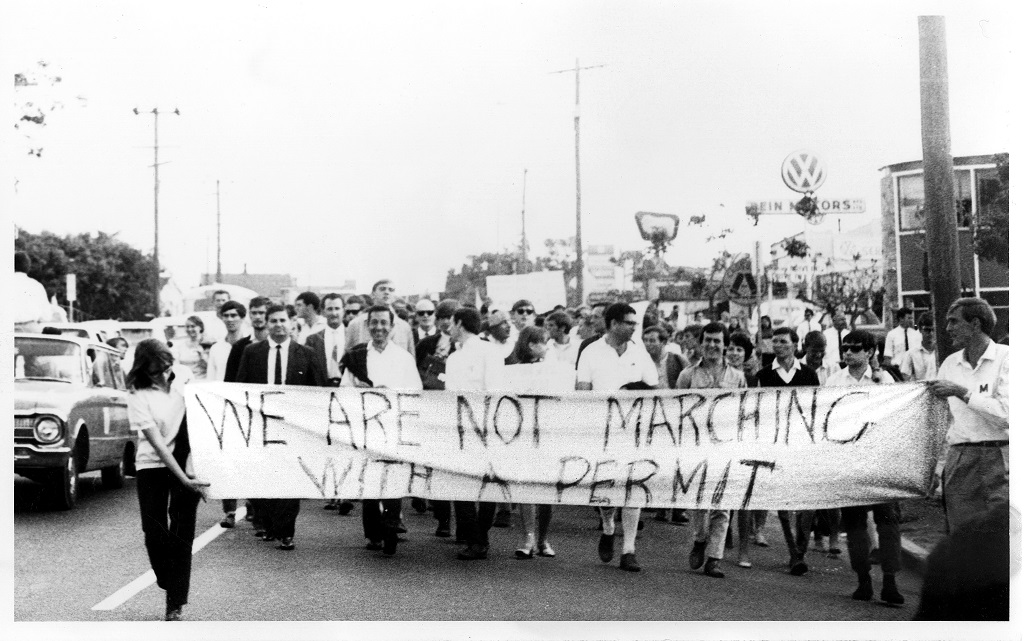 Not dismissing other significant political and social justice campaigns of the era, organisers of the Fifty Years of Direct Action Queensland event held on the UQ campus in September 2017 chose to focus on the September 1967 "unpermitted" march of 3,500‒5,000 UQ students, staff and their supporters who sat down and occupied Roma Street in central Brisbane. The police response was brutal ‒ over 100 people were arrested, and the moment was pivotal for the campaign for civil liberties.

Despite the repression of the Joh era, or thanks to it, the movement grew into vibrant marches for a moratorium on the war in Vietnam, and for the right to assemble and march. Ten years on, as the Cold War brewed, anti-uranium marches defied police brutality, Women's House had been set up, 4ZZZ was on air, HECATE was being published, a Queensland community development network had been established and the mostly-white movement had a greater awareness and understanding the need to support struggles for Aboriginal rights.

Widely acknowledged at the event was the predominance of men in leadership and white people at the core of the movement, a general ‒ or at least initial ‒ failure to make the links between Aboriginal rights and the student movement and a belated recognition of the importance of women's liberation, including the significance of Rosalie Bognor and Merle Thornton's chaining themselves to the "Men Only" bar at the Regatta Hotel in 1965.

And for me, the most powerful voices were those of the First Nations and women speakers: Adrian Burragubba speaking for Wangan and Jagalingou Country and the community's determination to stop the Adani Carmichael mine; Cheryl Buchanan reminding the audience that Aboriginal people "do not have what we fought for in the 70s" and challenging the audience to take action every day to make a difference in the world; Di Zetlin exploring the "contradictions" that led to and formulated the movement ‒ including the emotional burden borne by women of living when abortion was illegal and contraception was impossible to get while there was a push for "sexual freedom that they we not really in a position to control"; Jennie Harvey explaining the power of story-sharing, consciousness-raising and direct action to set up structures that supported women, such as Women's House; Anne Richards, the radical socialist mentioned above ‒ and more.

In fact, all of the speakers brought something new, special and important in their stories and analysis. And there are too many to mention here. Luckily, in this digital era this event was recorded and videos of speakers are available online.

Fifty years ago, activists may not have used the terms "empowerment", "intersectionality", "structural violence," "privilege" or "colonialism" yet is clear that the understandings behind these words have evolved from the thought, work and action of the people involved in the 1967 march and their contemporaries. And it is clear that the rights to assemble and march – and for broader political expression – are hard won, worth fighting for and critical to maintain.

I encourage you to take the time to visit the 50 Years of Direct Action Queensland conference facebook page to check out the fascinating archival photos and footage and to watch the short videos of the speakers at this event.