This media release was issued by the Goori Sovereign Land Council on 20 March 2020. 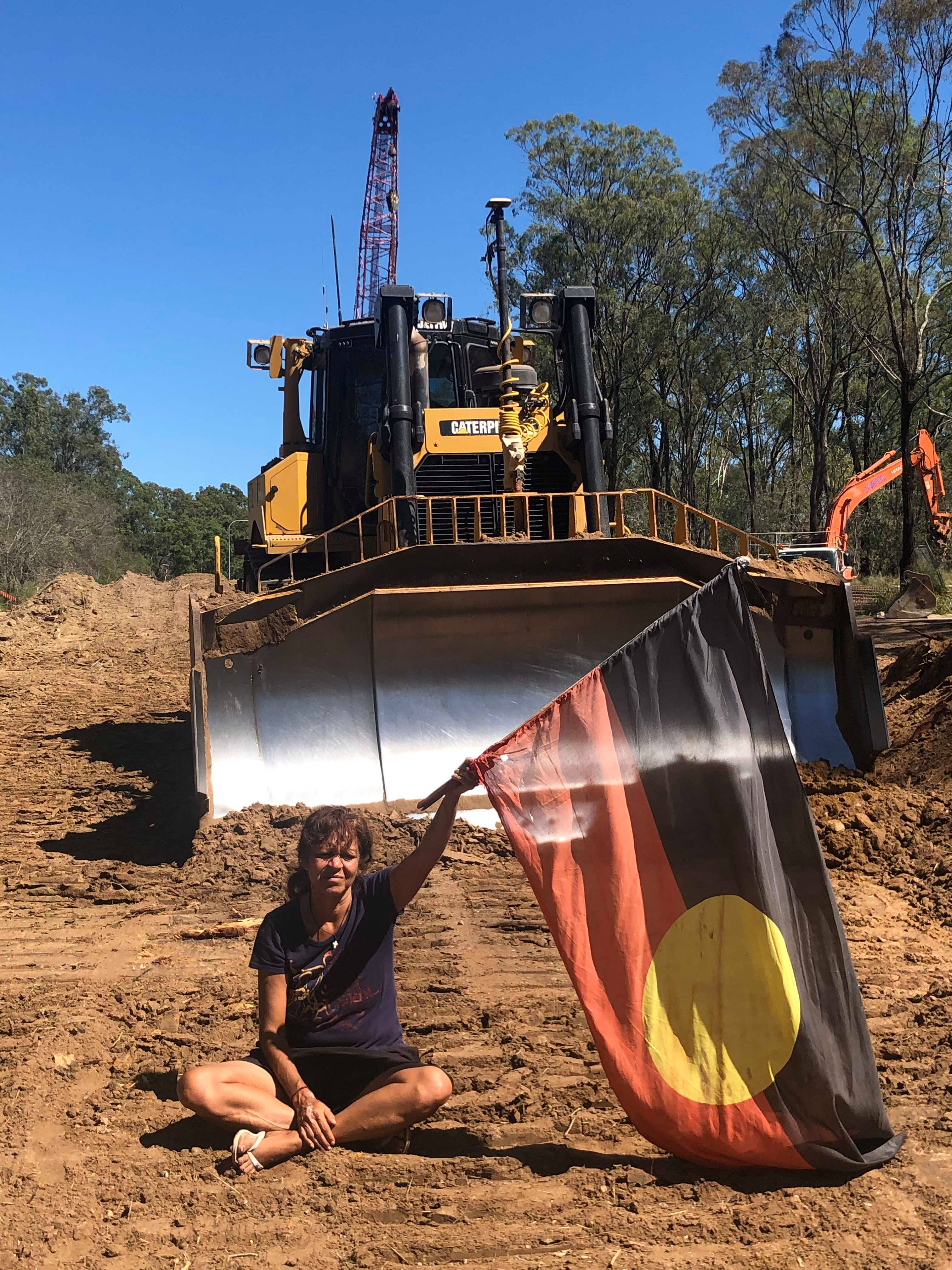 We are the Goori Sovereign Land Council, formed from the union of many tribes and descendants of the Deebing Creek Mission. We protect the Spiritual, Cultural and Intellectual Property Rights under the Original Tribes who maintain an unbroken Allodial Title and connection to these lands. We assert our inherent Sovereign right over the Deebing Creek’s Lands & Waters.

The site of Deebing Creek is of national cultural significance. As we speak this site is under threat. Today we take action to stop this destruction as the Binnies Road, near Ipswich, is developed under a culturally inappropriate Cultural Heritage Management Plan placed by State Government and the Orchard Property Group.

Binnies Road near Ipswich and surround bushland has been used by locals for recreational off road driving and bush walks for many years.  This road runs through the sacred sight of the Deebing Creek Mission where the ancestors of many tribes lay at rest. Currently the Orchard Property Group and State Government are funding the construction of the Binnies Road expansion project.

Historically Deebing Creek was a place of spiritual connection and gathering for many tribes including the Kittabul, Birin, Waka Waka, Gorenpul, Kabi Kabi, Muninjali, Bwgocolamn and Jaggara. There has been no recorded consultation by property developers or government agencies with these lawful tribal groups in the continued development of the Deebing Creek Mission site. These tribes are the lawful descendants of Deebing Creek Mission and must be consulted.

“The cultural heritage management officer employed by Orchard has failed to register the Sacred and Cultural Heritage Sites along and surrounding Binnies Road and has failed to register these sites to  the Department of Aboriginal and Torres strait Islander partnership’s database, as requested by Yuggera Ugarapul Native Title Group. The entire site of Deebing Creek Mission is under Police Investigation regarding Skeletal remains”

"The Native Title Act of 1993 has demonstrated to fail to consult with descendants from many other lawful tribes descending from the Deebing Creek Mission. The native title appointed applicants have unlawfully authorised the sale of land surrounding Deebing Creek. Native Title Act of 1993 is a failed proceed that entraps and manufactures consent to ensure Property Developers and Government agencies profit from an already vulnerable, oppressed minority; impoverished by the illegitimate occupation of the Australian Government. Native title enables the destruction of sacred land, ecosystems and water ways. There has been no fair consultation nor negotiations with the allodial title holders (Deebing Creek Mission Descendents). The consent to work on the Deebing Creek Mission has not been obtained."

We will continue to seek justice for the decedents (inmates) of Deebing Creek Mission, OUR ancestors and family that never saw justice in their life.

"Please join us at the Deebing Creek Mission Protection Camp, we must unite."