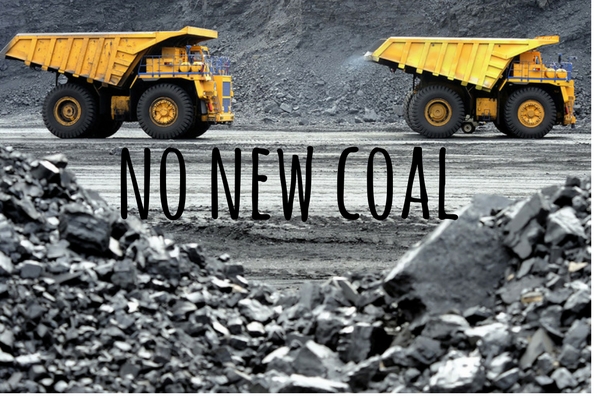 61 prominent Australians have signed an open letter backing the President of Kiribati’s call for a moratorium on new coal mines.

The letter, published in today’s Sydney Morning Herald, calls on French President, Francois Hollande and world leaders to put coal exports on the agenda at the 2015 Paris COP21 climate summit.

We, the undersigned, urge you to put coal exports on the agenda at the 2015 Paris COP21 climate summit and to help the worlds governments negotiate a global moratorium on new coal mines and coal mine expansions, as called for by President Anote Tong of the Republic of Kiribati, and Pacific Island nations.

Australia’s new Prime Minister has outlined his vision in recent weeks for a ‘21st century government’, acknowledging that ‘the pace of change is remarkable’.

On 4 September 2015, at the Pacific Island Development Forum, the historic Suva Declaration called for:

A new global dialogue on the implementation of an international moratorium on the development and expansion of fossil fuel extracting industries, particularly the construction of new coal mines, as an urgent step towards decarbonising the global economy.

Last week The Australia Institute published a report outlining the economic case for a moratorium on new coal mines.

“This is a powerful statement. Increasingly Australians and people from all over the world are realising the case for new coal mines fails environmentally as well as economically,” Executive Director of The Australia Institute, Ben Oquist said.

The letter was published by the Australia Institute, with the support of GetUp!, Greenpeace, Australian Conservation Foundation, Seed, Australian Youth Climate Coalition, 350.org, Doctors for the Environment Australia, Friends of the Earth, Market Forces, and The Wilderness Society.

We, the undersigned, urge you to put coal exports on the agenda at the 2015 Paris COP21 climate summit and to help the world’s governments negotiate a global moratorium on new coal mines and coal mine expansions, as called for by President Anote Tong of the Republic of Kiribati, and Pacific Island nations.

While world leaders discuss emission reduction targets, a small number of countries with large coal reserves, including Australia, are planning to massively expand their coal exports. These plans are incompatible with the world’s objective of limiting global warming below dangerous levels.

Australia has a larger share of the seaborne coal market than Saudi Arabia has of the world oil market. Over the next 10 years Australia plans to double its coal exports.

If it goes ahead, the Carmichael mine in Queensland’s Galilee Basin would export more than 2 billion tonnes of coal over its lifetime. And that’s just one mine. Australia has dozens of coal projects on the drawing board.

Furthermore, these coal export plans will have severe negative impacts on the health and wellbeing of citizens all over the world.

• Each phase of coal’s lifecycle produces pollutants that affect human health, from mining to disposal of contaminated water and tailings, transportation, washing, combustion, and disposing of post-combustion wastes.

• Communities in which coal mining or burning occurs have been shown to suffer significant health impacts.

• The health and climate costs of coal are unseen. In reality coal is an expensive fuel.

Stuart McMillian
President of the Uniting Church of Australia

Prof Nihal Agar
Chair of the Hindu Council of Australia