With the escalating effects of climate change and ecosystem collapse, alongside increasing repression of public protest, we need to know we are not alone in the actions we take to build a better world.

This is a register to help connect people in showing up in solidarity for people taking action on climate, the environment and for Country.

Due to years of stripping back workers rights to the benefit of employers, the ability for workers to take action for a just transition, climate action or for the environment is extremely narrow. Workers shouldn’t be at the point of suffering the effects of climate change, ecosystem collapse, or an unmanaged just transition before they can fight for better jobs and a livable world.

Colonisation has been, and continues to be, a project of taking something for nothing. This has been disastrous for the environment, climate, and Aboriginal people. Country for Aboriginal people is more than just land, it’s spirituality, connection, culture, and ancestry. The climate crisis is a direct consequence of colonisation and the exploitative, extractive systems it enables. To fight ecosystem collapse it is essential that First Nations people have sovereignty and cultural caretaker rights restored to help heal Country and our climate.

We rely on the natural world for all of our basic needs - water, air, and food. When we allow ecosystems to collapse we harm ourselves. For example trees draw carbon, protect our water catchments, and safeguard biodiversity needed for crop pollination. We must stand with those taking action to protect the environment, as they stand in solidarity with all beings - both plant and animal.

Tell the Albanese government: its time for a national Energy Transition Authority! 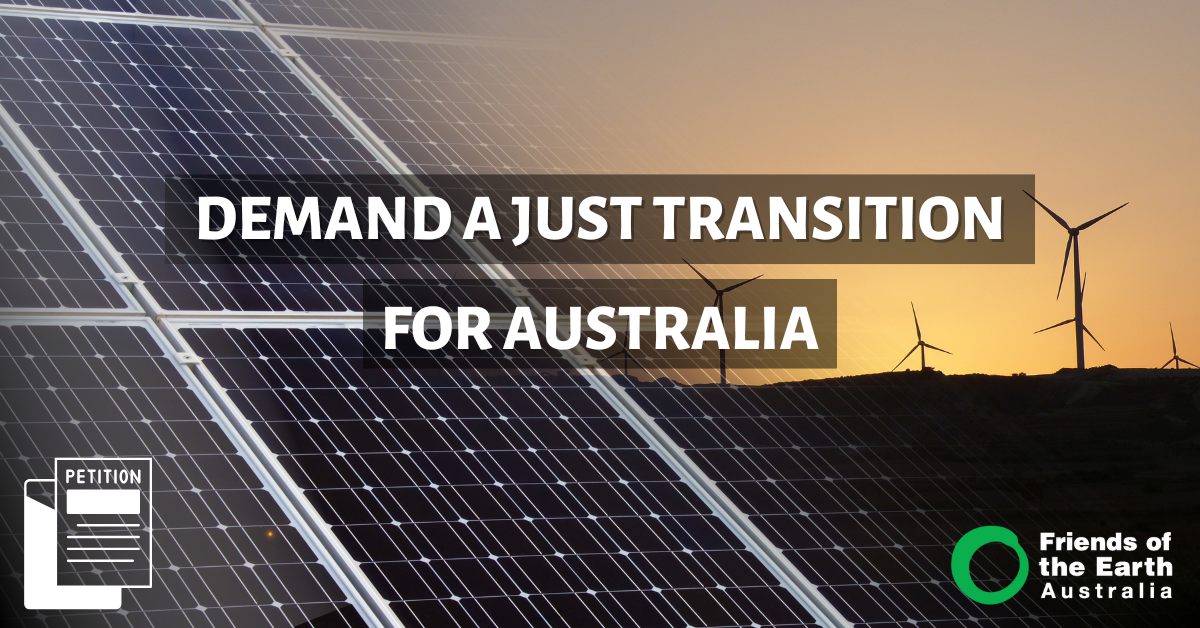 Now, the Australian Council of Trade Unions (ACTU) has issued a call for the Albanese government to establish an independent and properly resourced national Energy Transition Authority to manage an orderly and fair transition process for affected workers – including support for redeployment, skills and training, and secure job opportunities.

Friends of the Earth supports this call and encourages our members and supporters to sign the letter below, which will go to the prime minister Anthony Albanese.

You can find details on the ACTU proposal in their Secure Jobs for a Safer Climate report. 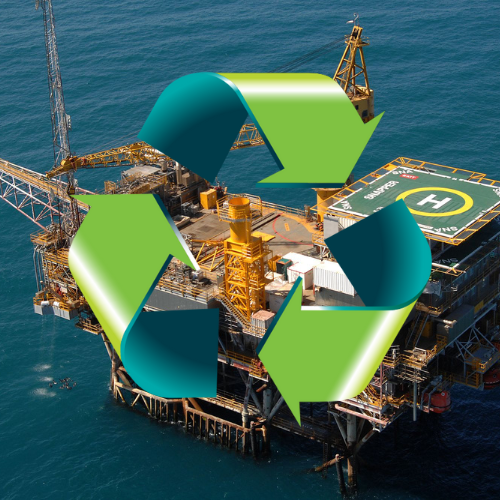 Sitting off Australia's coast are scores of rusting fossil gas and oil rigs, hundreds of wells and thousands of kilometres of pipeline, all of which need to be retired over coming years.

In addition, 2600 platforms, amounting to 7.5 million tonnes of steel, will need to be decommissioned across the Indo-Pacific region over the next decade.

Help us to urge the Federal Government to seize this opportunity to transform offshore gas and oil rig decommissioning in Australia by forming a new industry that will create thousands of direct and indirect jobs.

The growing number of redundant gas and oil assets off the WA coast would be towed or shipped to a large onshore facility to be cleaned and scrapped, with the steel and other products recycled.

The new facility would be paid for by an extension to the existing offshore decommissioning levy, and any profits would be granted to the area’s Traditional Owners, the Kariyarra people.

An ARRC, funded by this federal, industry-wide levy, would ensure oil and gas firms now enjoying extraordinary financial windfalls would pay, themselves, for the clean-up of drilling sites, rather than writing decommissioning off on tax, at the expense of the Australian population as happens now.