We do things differently

Friends of the Earth Australia is a national federation composed of autonomous member groups.

A decentralised federation of autonomous groups

Each group needs to meet certain membership criteria and is self-managing in terms of it’s campaigns, decision making structures and fundraising 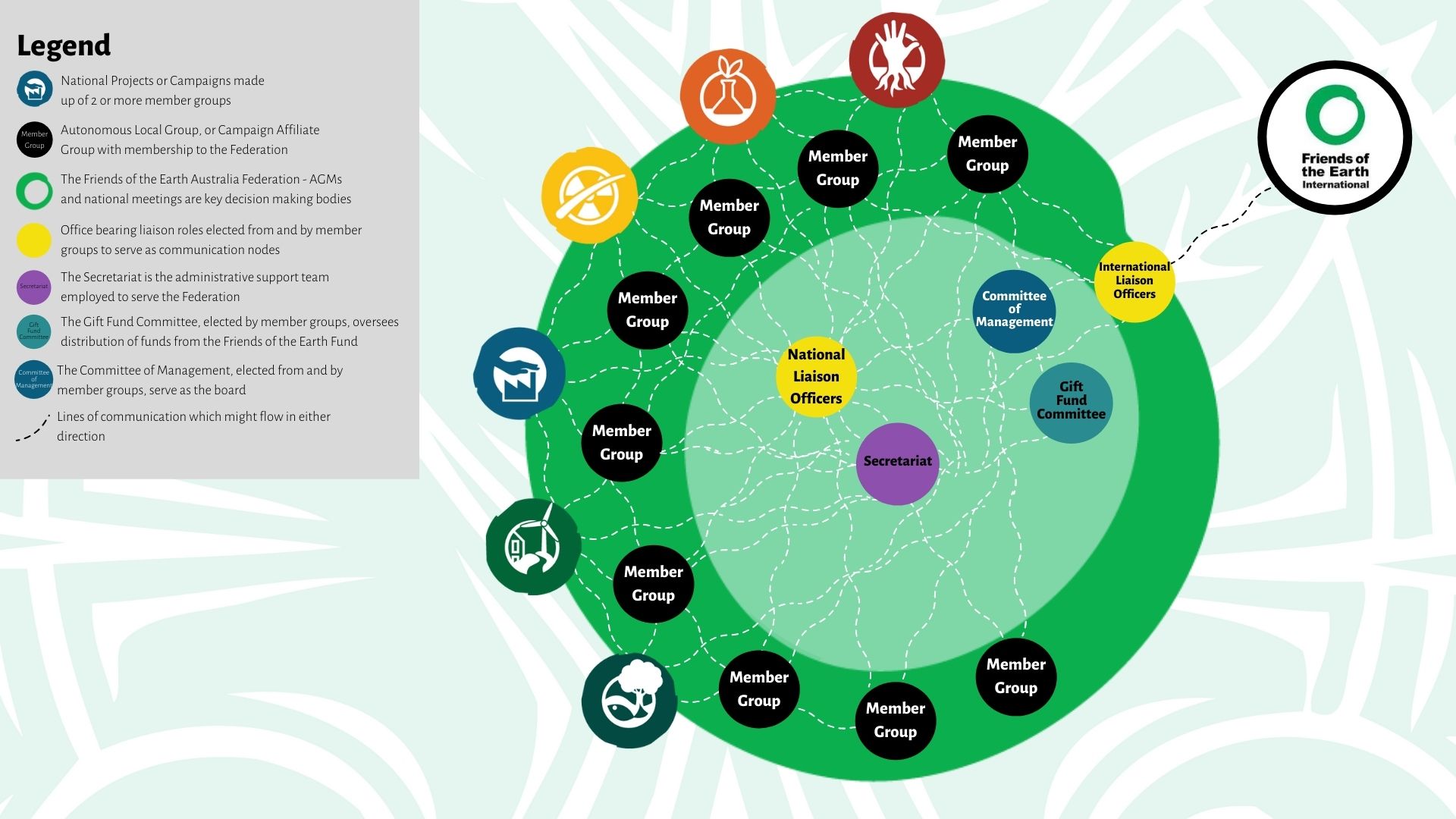 Member groups must be working to protect and/or educate about the natural environment, and align themselves with the aims and objectives of Friends of the Earth Australia.

Protect, and educate about the protection, of the natural environment 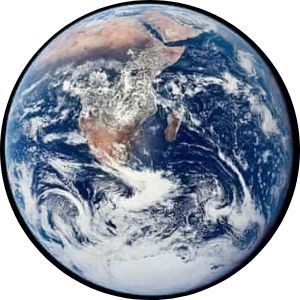 To preserve and protect the natural environment in Australia

To assist other people and organisations interested in these objectives to carry out their tasks through the maintenance of resource centre’s, newsletters, magazines and communication with like-minded national and international bodies

Operate in an environmental justice framework 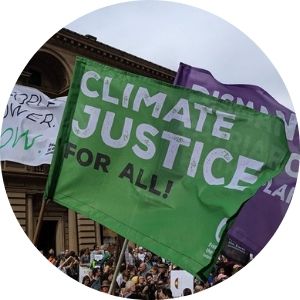 The idea that environmental and social justice issues are intrinsically linked 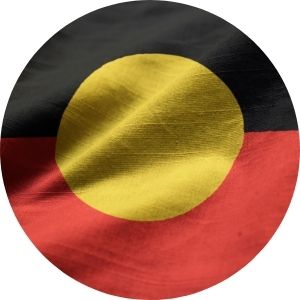 Sovereignty of the lands now called Australia were never ceded.

Build movement towards a self-managed society 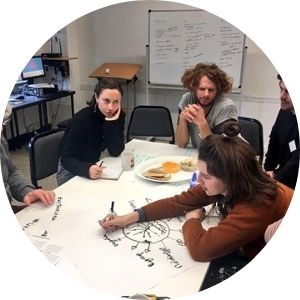 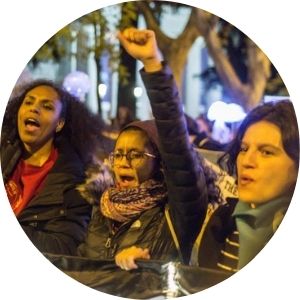 The development of a society that recognises the need to protect the natural environment and the frontline communities caring for the environment. Where climate justice is centred in a society that is free from racism, sexism, ageism, economic exploitation and discrimination based on sexuality, gender or disability, and that supports the rights of women, First Nations people, people of colour, minority ethnic groups, the young and the aged, LGBTQIA+ community, people with disabilities, the working class and the unemployed 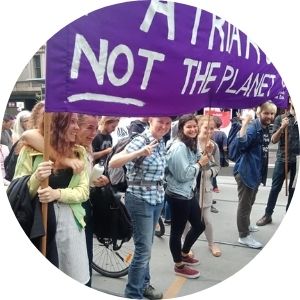 Friends of the Earth recognises that the environmental and social justice problems facing the Earth will not be solved by incremental reform of oppressive, exploitative structures, and therefore FOE supports activities and organisations, which seek to dismantle and bring about an end to oppressive and exploitative structures such as environmental extractivism, capitalism, colonialism and patriarchy. The attainment and implementation of these objectives will be carried out in accordance with a recognition of the need to abolish all forms of oppression and environmental and social exploitation including those based on class, gender, ethnicity, sexual preference, age or disability. 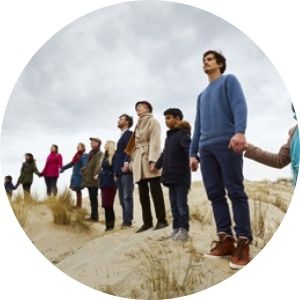 Friends of the Earth Australia Committee of Management

A Committee of Management is appointed at the national meeting held in the fourth quarter each year and is composed of representatives of at least three member groups.

These individuals are employed to provide administrative and other support to the Federation. The Secretariat is currently housed in the Friends of the Earth Melbourne office.

Communication between member groups is facilitated by the National Liaison Officers.

National Liaison Officers are nominated by member groups, and then elected annually via a consensus ballot at the Annual General Meeting.

A convenor of the National Liaison Officers' collective is appointed by those elected and serves as part of the Secretariat of the organisation.

The NLO collective can be contacted via [email protected]

International Liaison Officers are nominated by member groups, and then elected annually via a consensus ballot at the Annual General Meeting.

The International Liaison Officers' collective can be contacted via [email protected]

Friends of the Earth International

Friends of the Earth Australia is a member of Friends of the Earth International which is the world's largest grassroots environmental network, uniting 77 national member groups and some 5,000 local activist groups on every continent. With over 2 million members and supporters around the world, we campaign on today's most urgent environmental and social issues. We challenge the current model of economic and corporate neoliberal globalization, and promote solutions that will help to create environmentally sustainable and socially just societies.

The Asia Pacific region of Friends of the Earth is the most diverse region, encompassing groups from the global North and the global South. Member groups from the region are very active in community-based struggles against mining and other extractive industries. They work hand-in-hand with indigenous peoples, peasant farmers, and fisher folk to secure sustainable livelihoods and fight against vulnerability to "natural disasters".

Find out more  Back to menu

All Friends of the Earth member groups are responsible for managing their own funds.

Membership fees from individuals, donations, regular giving programs, foundations and fundraising ventures are the main income source of most local groups. Please contact the relevant group to get a copy of their annual report.

National campaigns and projects, such as the magazine Chain Reaction, rely on the following sources of income: individual donations, foundations, merchandise, and bequests.

Any offer of financial support from business and corporate interests is carefully screened.

Financial reports are found in the annual reports which are available here.

All institutional and philanthropic donors are acknowledged in our annual reports. We generally do not name individual donors in our reports in order to protect their privacy.

According to our international membership criteria, national Friends of the Earth Australia member groups must be independent from political parties, economic interests, state and religious organisations.

Back to menu Donate

Did you know that Friends of the Earth Australia was founded protesting against a proposed nuclear facility in Victoria?

Read more about our history