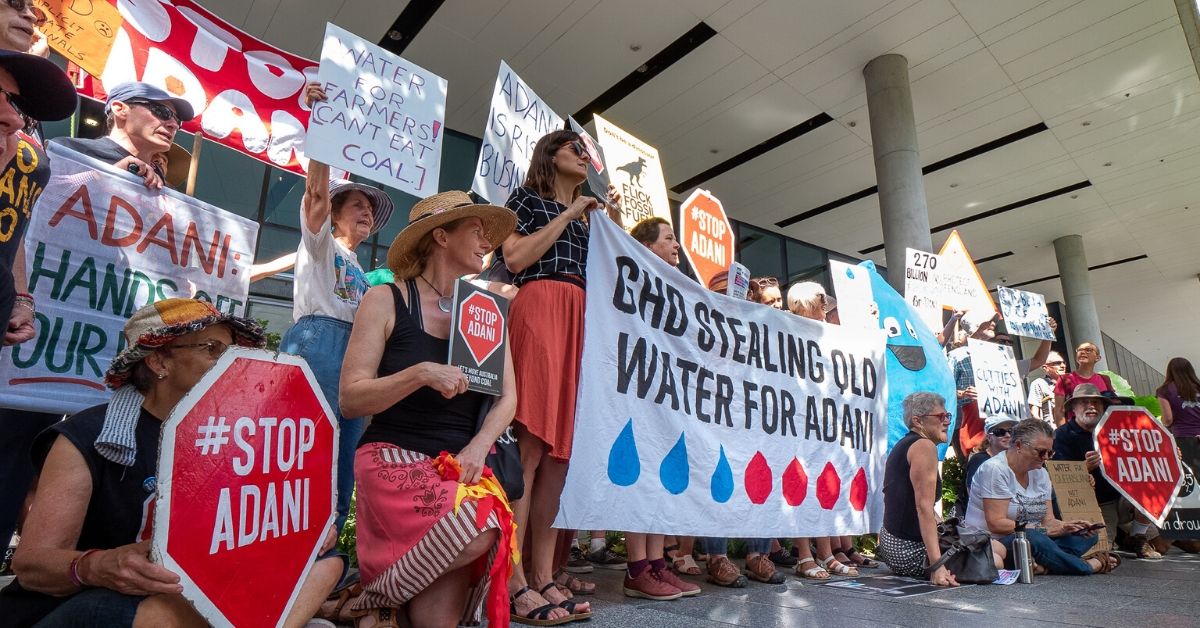 Engineering firm GHD have updated a statement on its website stating that they have no ongoing contractual obligations with Adani on their controversial Carmichael coal mine project.

GHD were Adani’s longest serving contractor having worked on a wide range of projects, from initial environmental impact assessments to the design of the mine itself, preparatory work for dewatering and design of Adani’s rail line over the 10 year relationship.

Friends of the Earth climate justice spokesperson Cam Walker said, "This is the right decision for GHD’s business and staff, and for the climate."

"It was great to see large engineering firm GHD finally show leadership and walk away from Adani’s dirty coal project."

Supported by Friends of the Earth national project Tipping Point, the #StopAdani movement has held around 150 protests at GHD offices across Australia and over 75,000 people have contacted GHD to ask them to stop working with Adani.

GHD staff have become increasingly active and joined with the #StopAdani movement to call on GHD to end their relationship with Adani. In November, our member group Market Forces reported on a a survey of GHD staff found that three out of five staff members want the company to end its work on coal expansions such as the Adani Carmichael project.

Cam Walker continued that, "Many engineers want to help solve the climate crisis by using their skills to build a renewable energy future, not to build new coal mines."

GHD is the 62nd company to abandon working with Adani’s Carmichael Coal Project.