Adani contractor unable to find insurance for Carmichael coal work, Adani could be next

BMD, Adani’s most important contractor for the construction of the rail line component of the Carmichael thermal coal project, has admitted in a bombshell submission to a parliamentary inquiry that its work on Carmichael is being undertaken without public liability, environmental protection or director and officer insurance (see ABC coverage). 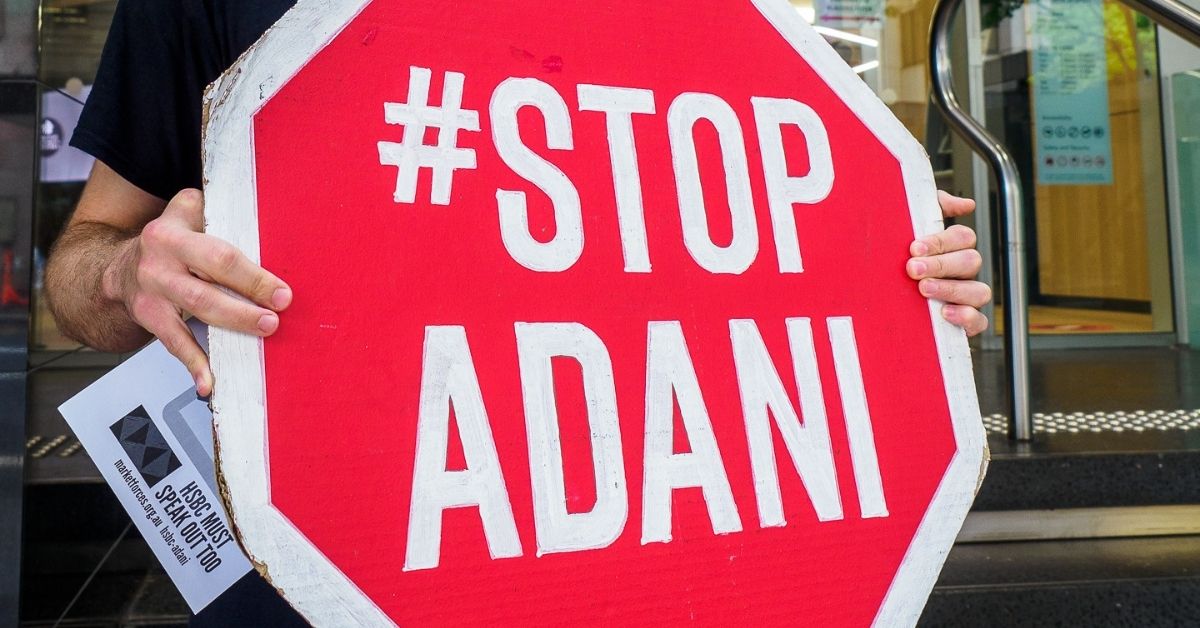 It is now seeking a handout from the Australian Government to resolve this issue.

BMD’s desperate appeal and admission that it’s failed to secure insurance could mean that Adani itself may soon be constructing and operating its coal project uninsured, that is if it decides to continue with the project despite the massive risks.

As BMD recounts, it has searched the globe for insurers willing to take on the risks inherent in working on the Carmichael rail line and Abbot Point coal port (now rebranded North Queensland Export Terminal), but has been refused time and time again:

“Regarding Public Liability Insurance, 33 underwriters across the pre-eminent insurance market were approached to underwrite BMD’s policies associated with the Projects. In all cases coverage was declined due to the client being Bravus [Adani Mining] or an affiliated entity. This search also sought coverage from Europe, USA and Asian markets.

“Regarding Environmental Protection Insurance, approximately 10 underwriters were approached and declined to provide coverage that included the Projects.

“Regarding Director and Officer Insurance, BMD’s insurer stated that it would no longer respond to claims associated with the Projects and reduced its coverage by almost half. BMD’s insurer claimed that this was due to stances taken by underwriters in Europe and US concerning coal.”

This shows the global insurance industry is finally turning its back on thermal coal mine projects, and is avoiding the disastrous Adani Carmichael project in particular.

In the submission, BMD also reveals that the risks of continuing to work on Carmichael are so great, that if materialised they “could easily impair the company’s ability to continue to trade”. Furthermore, it admits that being uninsured breaches its contract with Adani, but it is not known what action, if any, Adani is taking on the matter. Currently, it appears BMD is continuing work on Carmichael, despite the risk to its entire business. It is a strange choice for BMD, which is a highly diversified construction company with most projects unrelated to the fossil fuel sector.

Finally, this development is an ominous one for Adani. Considering BMD has been unable to find insurance specifically for the Carmichael project, it is likely that Adani will also soon be uninsured once its current policies expire. We know that at least four current insurers (Brit, Apollo, Tokio Marine Kiln and Aspen) via Lloyd’s of London are refusing to renew and in total 36 of the world’s biggest insurers have said they will not cover the project. If this occurs, will Adani finally abandon the Carmichael project? Or will it put its other businesses, investors and creditors at risk by pressing on without insurance coverage?

The times are changing. Instead of risking their entire business for a climate-wrecking thermal coal project, BMD and Adani should listen to the very clear message the global insurance sector is sending them and walk away from coal.

This blog was originally posted on our member group Market Forces' website.