Adani, India and COP26: How to support climate justice?

The British Science Museum has courted controversy for receiving sponsorship from Adani Green Energy, the Renewables arm of the Adani Group, for its new Energy Revolution Gallery. 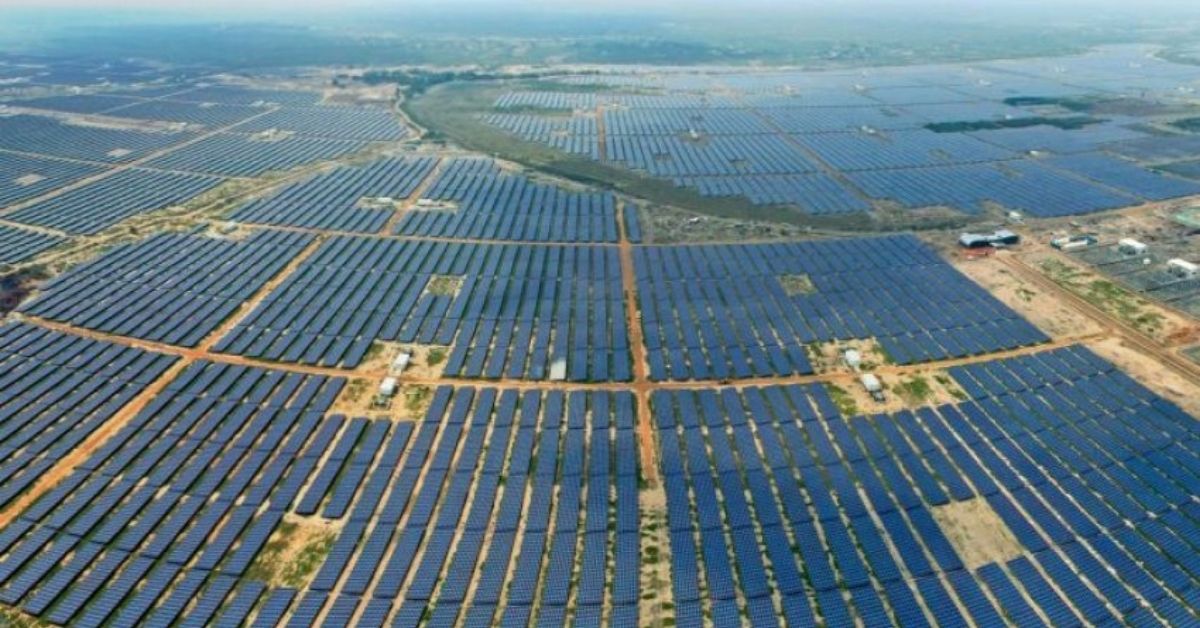 The British Science Museum has courted controversy for receiving sponsorship from Adani Green Energy, the Renewables arm of the Adani Group, for its new Energy Revolution Gallery.

The Adani Group is India’s largest private coal miner and thermal power producer. It has been responsible for environmental destruction, land grabs, and violation of Indigenous rights. It is a multinational conglomerate with coal mines in Indonesia and the controversial Carmichael coalmine in central Queensland, Australia, where the Wangan and Jagalingou traditional owners have been staging a three-month long cultural protest as the first coal is drawn from the mine’s pit.

But Adani is also the world’s biggest owner and contractor of solar farms. It owns one of the world’s largest solar parks in the southern Indian state of Tamil Nadu. It is gearing up to become the world’s largest renewable energy generating company by 2030 and has plans to turn its businesses carbon negative.

Climate activists are concerned at the museum’s choice of a fossil fuel company. Wangan and Jagalingou Traditional Owner Adrian Burragubba’s concern is somewhat different – to him this endorsement demonstrates the museum’s complicity in Adani’s violation of Indigenous human rights and destruction of traditional lands. But even as these objections were emerging, the Group’s CEO Gautam Adani met with British prime minister Boris Johnson and pledged $70billion for renewable energy.

Climate advocates criticise Adani’s fossil-fuel operations while economists commend Adani’s soaring renewables ambition. An economic pull and push (Adani) framework is justified since the world needs a rapid transition away from fossil fuels. But what is largely missing in a market-driven global narrative is a reflection on the concentration of power in the hands of the Adani Group, and its implications for India’s political economy and democracy as it moves to clean energy.

Interlinked is the question of just and sustainable solutions for Indigenous peoples and vulnerable communities worldwide, who are living with intergenerational and intersectional injustices and are now also most susceptible to climate change.

Take the case of Adani’s massive solar parks. These projects are sparking protests from farmers, who risk being alienated from their farmlands, grazing commons and water-sources. Instead of fostering an energy democracy — through decentralised electricity generation for more than 200 million largely rural and poor Indians living without electricity — extensive industrial scale renewables can violate communities just as coal, large dams and nuclear projects have done.

The climate regime took shape against the backdrop of neoliberal globalisation; its rules protect the interests of global elites but not the global majority.

The New Delhi-based Centre for Science and Environment is a peak civil society stakeholder that has participated in the United Nations Framework Convention on Climate Change process from the initial stages. It asserts that the Clean Development Mechanism (CDM) carbon market, set up under the Kyoto Protocol, failed due to lack of transparency and corruption, and because developed countries could offset their emissions through projects in developing countries. Similarly, developing countries could generate cheap credits without altering their overall emissions.

Global climate diplomacy — which takes place behind the scenes at COP meetings and elsewhere — is driven by the world’s wealthiest nations, which have been instrumental in setting the dangerous trap of net zero, with its over-reliance on technological fixes instead of real and significant reductions to emissions.

Climate diplomacy has pulled and pushed India on coal versus renewables. India is the world’s third-highest emitter of carbon dioxide and coal generates 56% of its electricity. The UN Secretary General urged India to “swiftly and permanently turn away from coal” in response to Prime Minister Narendra Modi’s coal-led post-pandemic recovery.

But India is also the world’s cheapest producer of solar power and has made significant commitments to quadruple renewable capacity to 450 gigawatts by 2030.

The UN awarded Modi the “Champion of the Earth Award” in 2018 along with French president Emmanuel Macron for championing the International Solar Alliance, a move that civil society groups said contradicted the Indian government’s environmental track record.

In climate diplomacy and international negotiations, the Indian government defines climate justice as its right to develop as a postcolonial nation, and to be able to protect its vulnerable poor by bringing them the benefits of secure housing, electricity and development, to give them a better chance to cope with climate change.

It also asks western nations who are historically responsible for climate change to take bigger steps. India has around 18% of the world’s population. Even though its overall emissions are one of the highest, India has one of the lowest per capita emissions, due to the negligible emissions of a large rural and poor population.

During the Kyoto period, these views aligned with that of civil society actors who highlighted the difference between the “luxury emissions of the rich and the subsistence emissions of the poor”, arguing for common but differentiated responsibilities on “Global Warming in an Unequal World”.

But with emissions beginning to rise significantly after 2005, as India embarked on a 7‒8% GDP growth trajectory, another climate justice approach pointed to India’s internal inequality — between urban elites, and the rural poor who bear the biggest climate burden — asking the government to not “Hide Behind the Poor”.

Since 2008, India has developed “National Action Plans” that aim to “increase the living standards of a vast majority” in order to reduce their “vulnerability to the impacts of climate change” while simultaneously making this development path “environmentally sustainable”.

India’s Paris commitments did not indicate when coal usage will peak, but have set ambitious targets for renewable energy development. India’s Nationally Determined Contributions (NDCs) for the period 2021‒30 submitted at Paris had set a target for reducing GHG emissions intensity by 33‒35% from 2005 levels.

Securing finance from developed countries for developing countries to switch to cleaner energy and cope with climate impacts is one of the most critical issues at the table in Glasgow. The Climate Action and Finance Mobilisation Dialogue (CAFMD), a US-India partnership, has been set up to help India achieve its ambitious 450 GW renewable energy target by 2030. At Glasgow, India’s ambitious plan of a global solar grid — One Sun One World One Grid (OSWOG) — that can transfer solar power from one part of the world to the other — will be adopted.

According to a policy brief by think tank, Council of Energy, Environment and Water, India’s net zero target of 2070 is also when the country will meet the country’s definition of being developed.

As compared to early negotiations in the 1990s, India now, as a large, privatised economy, negotiates in the neoliberal climate regime through a set of contradictory actions — it puts ambitious renewables targets and innovations on the table while demonstrating a conservatism in holding on to coal as central to the energy mix, even though no new coal mines are needed.

India’s postcolonial climate diplomacy cannot be dismissed, especially given the approach taken by climate laggards in the developed world like Australia — one of the world’s highest per capita emitters and largest coal exporter. Australia’s recently announced 2050 net zero target lacks an achievable pathway and disregards the need to phase out coal production.

But India’s international climate dealings, and support from the international community within the climate regime, needs to be considered in the light of the many economic, social, political and ecological contradictions that pose an internal challenge.

India is one of the world’s most climate vulnerable regions due to its disproportionate burden on the poor. Impacts that have already started unfolding and are likely to intensify include displacements driven by sea level rise and coastal erosion, increasing frequency and duration of heat stress, compounding tropical cyclones, melting glaciers, impacts of monsoon variability on agriculture — on which 65% of the population relies — and risks to water supplies.

The latest IPCC report has flagged that the subcontinent will face irreversible impacts that cannot be remediated even with a drop in emissions.

The advancing climate crisis, a concentration of wealth in the hands of a few large industrialists, and rising environmental conflicts from land-intensive industrial projects are opening up new fronts. People-centred solutions are emerging from the ground up in India, and need to be represented in the global climate narrative.

One such network, the South Asian People’s Action on Climate Crisis (SAPACC), is a unique collaboration between people’s movements, indigenous groups, trade unions and farmers across South Asia. It marks an emergent space in mass activism in the region, making climate change central to people’s movements and attempting to link the existent struggles of subsistence-based communities with the broader problem of climate change. Based on science and mass action, networks like SAPACC aim to influence public policy on climate change in South Asia and focus on democratic and people-centric solutions.

As gaps in the Paris rule book are filled and a new market mechanism identified to replace the CDM at Glasgow, solutions that centre justice and sustainability for such communities need to emerge.

Instead of criticising India’s 2070 net zero target as too late, and congratulating India’s renewables growth and ambition, climate advocacy groups can engage with the question of what constitutes climate justice for the vast majority of India’s population and how and what climate solutions are necessary for them.

Ruchira Talukdar is a researcher and writer on climate and environmental politics and social movements. She is a co-founder at Sapna South Asian Climate Solidarity, an Australia based network that gives platform to South Asian Climate Justice stories. She lives in Melbourne on the lands of the Wurundjeri People.

This article was originally published on Green Left Weekly.