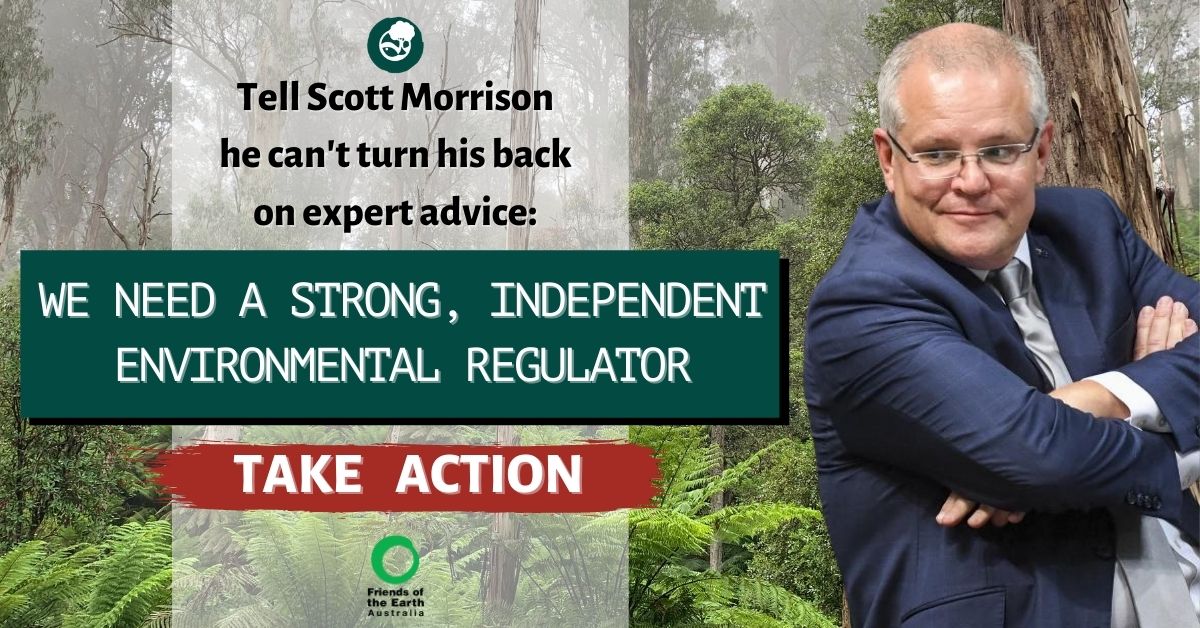 The interim report from a landmark review into Australia's national environment laws has concluded that the environment is getting worse despite the laws that were designed to protect it.

The review called for a major overhaul of the laws - the Environment Protection and Biodiversity Conservation Act (EPBC) - including setting legally enforceable "national standards" to stop the decline of Australia's natural environment and establishing an independent regulator to oversee them.

The existing laws have also failed First Nation people. It is essential the EPBC be rebuilt to ensure a meaningful voice for Traditional Owners.

But, despite the advice, the government has ruled that out.

The failure of the existing laws shows the need for a strong, independent regulator. While the federal government has stopped talking about cutting 'green tape' it continues to call for a 'one-stop shop' or 'single-touch approval' process to 'streamline' approvals of major projects like gas drilling or coal mines. Many in the community fear this would lead to even weaker environmental protection measures.

The Federal Government’s Environment Department cannot be trusted to oversee the laws.

Given the consistent approval of destructive projects under the existing laws, it is clear we need a independent new body to manage the laws and protect the environment.

Friends of the Earth have set up a petition calling on Prime Minister Scott Morrison to:

Please support the call for the federal government to set up an independent regulator to oversee and enforce the environmental laws once they have been strengthened.