Australia is leading a mining boom to provide resources for the ‘green energy transition’ - a transformation in energy and infrastructure which the Paris Agreement (2015) stipulates must occur to avoid perilous levels of global heating. Within Australia and globally, this mining expansion is affecting already stressed environments and communities, with impacts likely to dramatically increase as mining projects are pushed through to meet industry demands.

By Liz Downes and Natalie Lowrey

Australia is looking towards being a key future provider of certain minerals regarded as essential for green energy. These include lithium, copper, nickel, cobalt and rare earth elements. In this piece we present a brief overview of the emerging footprint and impacts of Australian companies who are extracting these minerals, domestically and globally.

Australia extracts about 50% of the world’s lithium. Government policy is pushing expansion for green energy production, supporting new lithium projects, particularly in the Pilbara, Goldfields and Perth regions of Western Australia. A mine being built in Larrakia land, Northern Territory, is associated with groundwater impacts and Native Title issues.

Overseas, Australian companies are exploiting salt lakes in northern Argentina, where for decades Indigenous people have resisted the impacts of brine mining on vulnerable ecosystems and water.  The lithium rush is accelerating in Portugal, Serbia, USA, and Canada, placing communities, endangered species and First Nations lands at risk.,

Copper is in demand for green energy technologies and transport electrification. Australia’s largest copper mine is BHP’s Olympic Dam in South Australia – a site known to activists supporting the struggles of Arabunna elder Kevin Buzzacott to protect cultural sites. There is currently a great increase in new copper projects across the continent.

Overseas, Australian companies are expanding in Chile, Papua New Guinea, the Philippines, USA, Canada, Mongolia, Spain, Zambia and Namibia. Socio-environmental problems and resistance are associated with several projects, including Rio Tinto in Arizona and OceanaGold in the Philippines.,

In South America, the copper rush is focused on Ecuador, where Australian mining concessions cover 700,000 hectares including protected areas and Indigenous lands. Ecuador has a strong grassroots anti-mining movement. In the northwest, communities are fighting Hanrine (owned by Gina Rinehart), which has committed human rights abuses, and have stopped BHP from starting explorations. 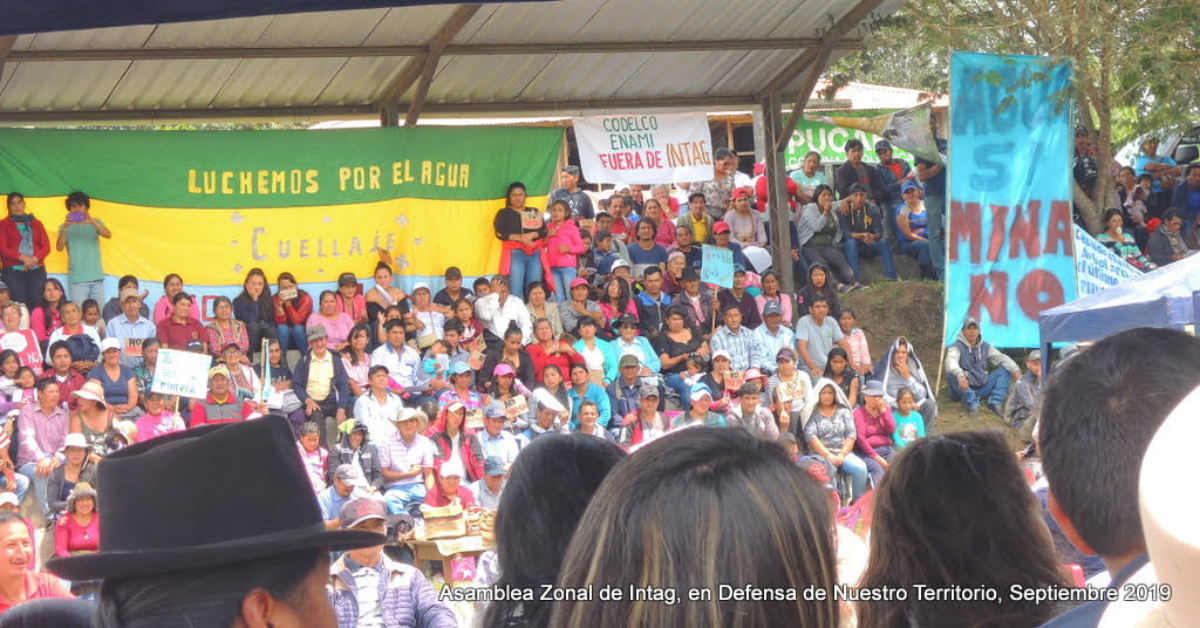 Nickel is required in large quantities for lithium-ion batteries. Australia is the world’s fifth biggest extractor, with several grand-scale operations in Western Australia. Russia’s invasion of Ukraine forced a crisis in the nickel market, which has pushed battery manufacturers to look towards Australia as a supplier of ore for EU and Asian electric vehicle markets. As of 2022, companies are exploring or developing new mines across ‘nickel hubs’ in Western Australia, NSW and Queensland.

Overseas, problematic Australian nickel projects include South32’s Cerro Matoso mine in Colombia, notorious for air and water contamination which has caused serious health impacts in Indigenous and Afro-descendant communities. Twiggy Forrest’s planned ‘battery metals hub’ in Ontario, Canada impacts on First Nations Peoples who have declared a moratorium on development until they are properly consulted.

Cobalt has bad press due to the human rights issues associated with its mining in the Democratic Republic of Congo, which produces 70% of the world’s supply. With the boom in demand for batteries, Australia has come into vogue with investors as a ‘socially responsible’ site for future cobalt production. The Federal Government has designated cobalt, like lithium, a ‘Critical Mineral’.

There has emerged a plethora of companies wanting to take advantage of fast-tracking strategies and grants. Most new cobalt projects are in (surprise) Western Australia; with clusters in central NSW and northern QLD. Overseas, ASX-listed Jervois Global is building a cobalt mine in Idaho, USA. Not only is the project located near a defunct mine which caused one of the USA’s worst environmental disasters; it sits in wildlife-rich National Forest and the lands of the Shoshone-Bannock Tribes. What could possibly go wrong?

Rare earth elements (REEs) are a specific group of 17 metals with a variety of industrial applications. The Federal Government has listed four particular REEs as critical because they are essential for permanent magnets in green energy technologies, including wind turbines and electric vehicles. These are neodymium, praseodymium, dysprosium and terbium.

In 2022, the US Department of Defense gave $US360m in project development grants to three Australian REE companies: Lynas Rare Earths, Iluka Resources and Australian Strategic Minerals. Since 2011 Lynas has been dumping radioactive waste from its Malaysian REE refinery into an unsafe holding facility, while Iluka has a reputation for impacting important cultural heritage sites.

In Australia, the expansion of mining for green energy is concentrated in Western Australia’s Kalgoorlie-Goldfields region. Copper, lithium, nickel, cobalt and REEs are all already mined here, and many new projects are being fast-tracked. The main issue here is the amount of water required for mining and infrastructure, and the lack of an overarching water use plan. The Goldfields covers several Native Title claims and has a proud history of companies disrespecting Traditional Owners in order to force through expansions.

Shifting the Narrative Beyond Extractivism

To do this we need to shift the narrative beyond mining and extractivism, in the following ways:

Reimagine and redefine development. There are already flourishing models of traditional and alternatives to the current development model, they are rooted in justice and serve the well-being of people and the planet. This includes degrowth to help redistribute global demand for energy and resources, and a reduction of our energy and material consumption in the Global North.

Australian companies must be held responsible for their domestic and overseas impacts on people and the environment. This requires the Australian government to improve oversight and independent monitoring of company activities to ensure diligence with regard to legal obligations in host countries and internationally.

Communities harmed by overseas Australian investments, operations or activities must have access to justice within Australian legal systems and policy frameworks. This should include the introduction of mandatory human rights and environmental due diligence obligations for large Australian companies, especially those who are operating in locations and sectors with high risk of negative impacts.

Australian climate policies must be centred on justice and equity and that all supply chains of metals and critical minerals are clean, just, and fair. This should include exposing and holding to account all misleading branding of “clean” energy and “renewable” technologies. Justice and equity must be centred across all value and supply chains of the transition to prevent further global intensification of destructive extractivist practices, particularly in vulnerable ecological and cultural regions.

In August 2022, Aid/Watch and the Rainforest Information Centre will be launching a major report mapping the domestic and global extractive footprint of Australian companies who are invested in minerals for the green energy transition., The research highlights how Australian corporations and investors are expanding into new territories for new sources of “critical and strategic” metals and minerals for low-carbon technologies, renewables, and green tech that will be as equally problematic as fossil fuels resulting in threats to biodiversity, livelihoods, and life itself. It calls for the urgent need for alternative pathways and development models for the transformational shift we must collectively make towards justice if we truly are to address the climate and ecological crises we face.

Liz Downes is a campaigner, writer and researcher who has spent five years working with grassroots collective Melbourne Rainforest Action Group and the Rainforest Information Centre, supporting frontline communities in Ecuador to defend their lands and forests from mining.

Natalie Lowrey is Coordinator of Aid/Watch & the Yes to Life No to Mining global network.