Bees and Pesticides (Some Thoughts) 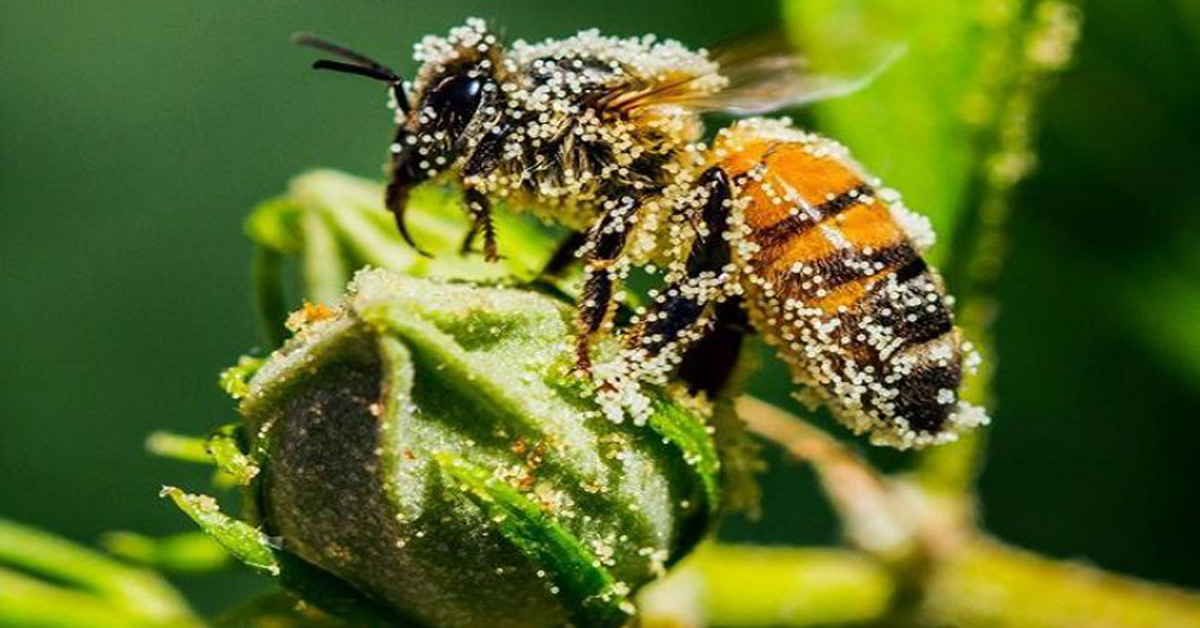 A search for bees on FoE's Australian Pesticide Map, reveals that Fipronil has been behind more bee deaths. Albeit, the number of bee death records recorded on the website are low, it is an impossible task to try and determine the exact number of bee deaths due to pesticide application in Australia.

Part of the problem, lies with the secrecy of bee industry and a reluctance to speak openly about pesticide concerns, costs associated with testing if hives are damaged, public relations campaigns on behalf of agri-business interests, but perhaps a far greater problem is that in Australia:

“There are no regulations in place in Australia that require biocide information to be reported and there are no government or private bodies who have responsibility for monitoring biocide application.”

This means that in terms on pesticide impacts on non-target species such as bees, noone in Australia is sure what is being sprayed where and in what volumes. If bees are impacted and the problem was deemed to be pesticides, where has the spray come from and when did the spraying occur? Who is legally responsible, particularly if a number of farmers are using the same sprays or if the farmer is using seeds treated with systemic pesticides? 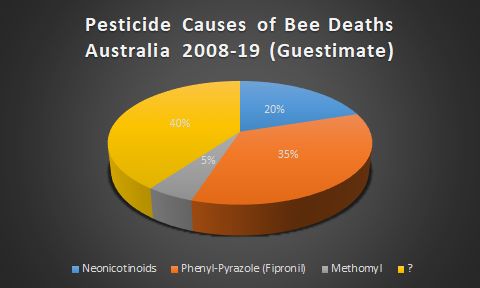 Fipronil is registered for use on a variety of crops such as Asparagus, Bananas, Brassicas, Cotton, Forestry Plantations, Ginger, Grapevines, Pastures/Sorghum, Potatoes, Sweet Potatoes, Mushroom, Sugarcane, Swede and Turnips. It is also registered for use as an ant (incl. Fire Ants) and termite killer and used on a variety of turf applications including golf courses.

In June 2019, Fipronil was linked to the deaths of 10 million bees near Griffith in New South Wales. According to a local apiarist:

Both Fipronil and the neonicotinoid class of pesticides are systemic pesticides, meaning that they are absorbed into the plant and absorbed by the tissue. An insect eating the plant dies after eating from the plant. Fipronil is also a contact pesticide, meaning it can kill an insect on contact.

Systemic pesticides readily translocates to pollen, nectar, guttation drops, and all tissues of the treated crops and adjacent plants, impacting on nectar-feeding biota such as bees, butterflies, hoverflies and parasitic wasps. 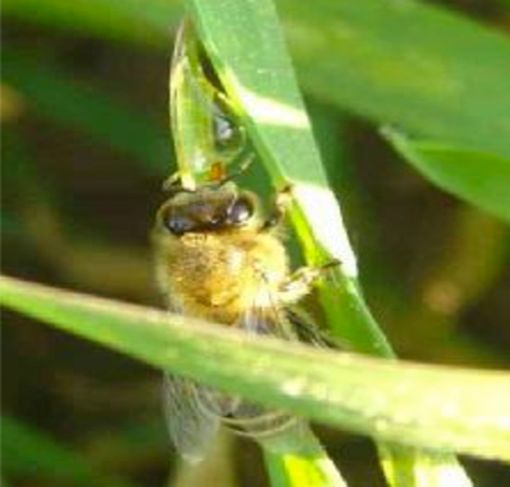 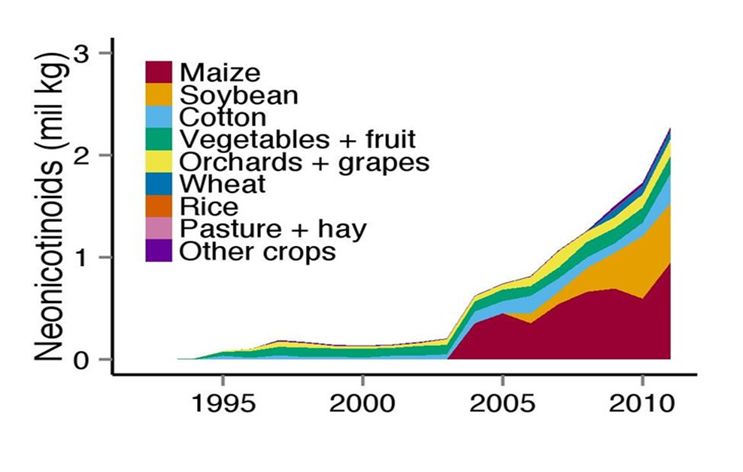 Neonicotinoid sales have significantly increased since 1990’s as replacements to carbamate and organophosphates (U.S. Data in Graph). Is it any wonder that bee death reports in the United States started increasing in 2007?

The cause of bee deaths is complex with many causes.

Bees are susceptible to "sublethal stressors" — factors that don't kill the bees directly but can hamper their behaviour.

If agriculture in Australia is ever to become sustainable, it needs to reduce agro-chemical inputs, such as Neonicotinoids and Phenyl-Pyrazoles, such as Fipronil to a minimum.

Our pesticide work runs on the smell of an oily rag. Any donations are always appreciated.