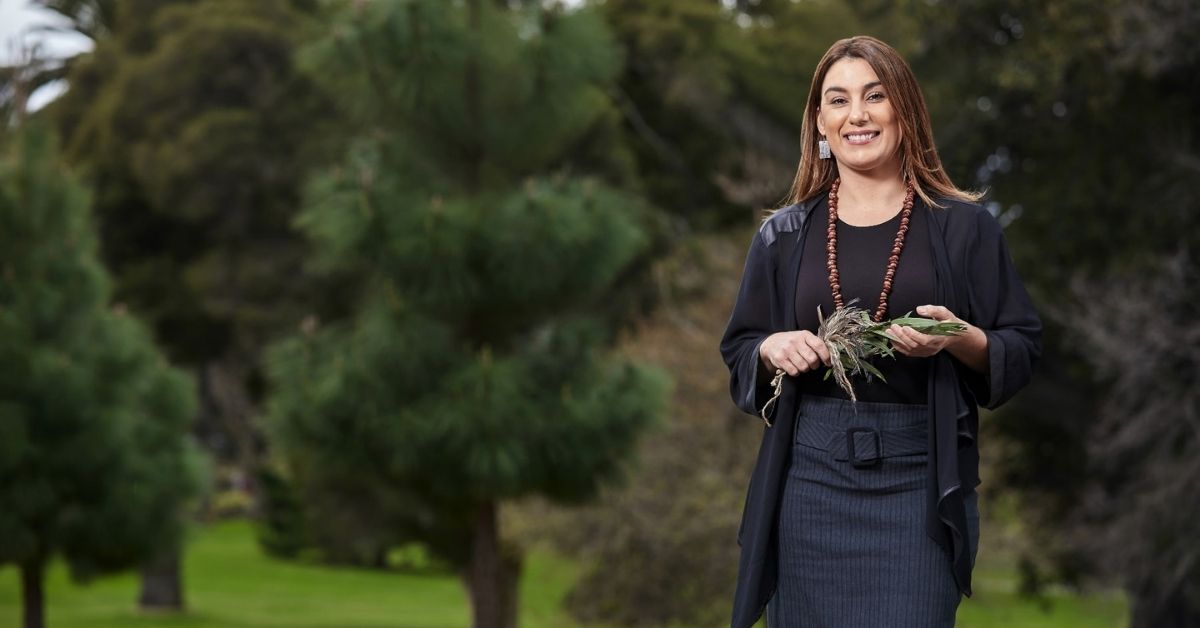 The subjugation of black lives has not evolved since settlement. But it is not our behaviour that needs to change. Ignoring this fact is a choice.

What can I say that hasn't been said before? Black lives matter, of course, they do. Does this mean that we have access to basic human rights? Absolutely not. I'm writing this on Tuesday, June 23, 2020. Kris Lovelock was tasered in the face yesterday, at point-blank range. On his knees, hands stretched out, Lovelock appeared to be confused about what was happening to him. Telling police, "I'm not even fighting you? Are you kidding me?"

To understand the situation we find ourselves in, we need to look at the logic used to colonise this country and how this operates today. Despite contact with Indigenous people upon arrival, the British Empire declared terra nullius (uninhabited land) and no treaty was negotiated. Within this system, Aboriginal people were identified as flora and fauna until 1967. Our treatment, now and historically, dates back to this initial injustice.

It was Mabo Day earlier in June, the 28th anniversary of the historic Mabo v Queensland. This repealed the legal fiction of terra nullius which laid the foundation for Australian law since 1700. High Court Justices Deane and Gaudron acknowledged that: "…terra nullius and land ownership by the Crown provided the environment in which the Aboriginal people of this continent came to be treated as a different and lower form of life whose very existence could be ignored for the purpose of determining the legal right to occupy and use their traditional homelands."2

There were hundreds of sovereign nations in this country, prior to colonisation. When Jack Congo Murrell argued in court that his Nation's law was the applicable law in R v Murrell (1836), the New South Wales Supreme Court agreed on the superiority of British law and refused to recognise Aboriginal laws.3 This meant that Aboriginal people were officially bound by laws that offered us no protection, which made it easy for police to brutalise us without consequence.

We were rounded up, slaughtered, bought and sold like cattle until 1926.4 While the legal status of Aboriginal people has changed since 1836, the legal system largely hasn't. For example, in 2014 Ms Dhu (given name omitted in accordance with Yamatji custom – Ed) called the police because Dion Ruffin had violated an apprehended violence order. The police then arrested her and Mr Ruffin. When Ms Dhu literally had a heart attack, Constable Christopher Matier continued to say that she was lying and exaggerating while nurses attempted to resuscitate her.5 Ms Dhu died due to sepsis and pneumonia from an infection in a rib that Ruffin had broken three months earlier. Indigenous women are 34-80 times more likely to experience family violence than the national average, yet it is not safe for us to call the police.6

Black deaths in custody are not a secret. Since the 1991 Royal Commission into Aboriginal Deaths in Custody, there have been at least 437 deaths in police custody. Zero officers have been convicted.7 This information is available in the public domain, there's even an interactive map which tracks every known Indigenous death in custody in every jurisdiction from 2008-2019.8 Ignorance is a choice. US Correspondent for Channel Nine News, Alexis Daish, told a man protesting George Floyd's murder that, "I really appreciate you giving your perspective because people in Australia don't have the understanding of the history of police killings here."9

Non-Indigenous Australians choose not to learn about their nation's past. Daish's comment says more about systemic racism than the reality of police brutality in this country. On ABC Radio, I was told that black deaths in custody is a First Nations issue. How is it our problem? Our behaviour is not that which needs to change. The world knows Rodney King and George Floyd's name, and solidarity with these men is important, but I've never heard of an Indigenous American represented under the Black Lives Matter movement. This violence and subsequent silence isn't an accident. Our lives as Aboriginal people reflect the reality that terra nullius was a lie, we are ruthlessly and relentlessly punished by the system that created this myth.

As Judith Lewis Herman writes: "It is very tempting to take the side of the perpetrator. All the perpetrator asks is that the bystander do nothing. He appeals to the universal desire to see, hear, and speak no evil. The victim, on the contrary, asks the bystander to share the burden of pain. The victim demands action, engagement, and remembering."10

It's not usual to leave footnotes in an op-ed, but I'm asking readers to read material that backs up what I'm saying. Own our nation's past. There can be no justice without truth. Decolonise your mind, then maybe we can work towards decolonising this country and making it safe for everyone to live in. This land of "a fair go" needs to change, in fundamental ways, before we can stop black deaths in custody.

Lidia Thorpe is a mother and grandmother from the Gunnai and Gunditjmara nations. She was the first Aboriginal woman in the Victorian parliament, first Aboriginal Senator for Victoria and first federal Aboriginal MP for the Greens.

1 The Guardian, "The Killing Times", https://tinyurl.com/y4apurnq

3 Blackstone and his Commentaries, https://books.google.com.au/books?id=7gDcBAAAQBAJ&pg=PA140&lpg=PA140&

5 Record of Investigation into Death, https://tinyurl.com/y4ngrtlo

7 The Guardian, "Deaths in our Backyard", https://tinyurl.com/y8qe8opn

8 The Guardian, "Deaths Inside", https://tinyurl.com/y34zddtw

9 BuzzFeed, "Australians are pissed after an aussie reporter's "ignorant" comments at the US Black Lives Matter Protests", https://tinyurl.com/yy2pdl8a