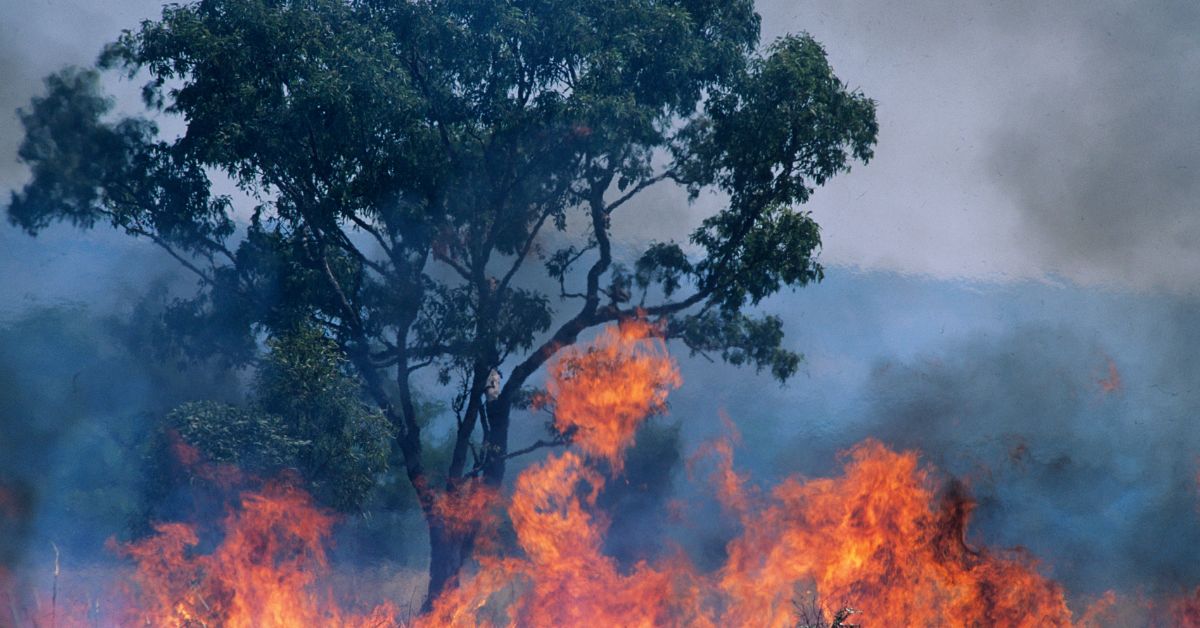 We know that climate change is already making natural disasters worse. After the 2019/20 ‘Black Summer’ fires, climate scientists who work in the field of ‘attribution’ science found that the severe season was at least 30% more likely due to climate change. According to a report released by the United Nations Environment Program and environmental not-for-profit organisation GRID-Arendal in early 2022, as climate change continues to destablise global weather patterns, we can expect up to 50% more wildfires by the turn of the century.

The most recent Intergovernmental Panel on Climate Change (IPCC) report, Climate Change 2022: Impacts, Adaptation and Vulnerability, highlights, yet again that not only is climate change impacting on natural disasters by super charging many individual events, it warns of future scenarios which could be “an atlas of human suffering”, with irreversible ecosystem damage, drought, fires, and floods increasing unless we take decisive action now to reduce greenhouse gas pollution.

The ‘take home’ message of the report is:

'Further climate change is inevitable, with the rate and magnitude of impact largely dependent on the emission reduction pathways that we choose. Time is running out if we want to act'.

The report says: "the scientific evidence is unequivocal: climate change is a threat to human well-being and the health of the planet. Any further delay in concerted global action will miss a brief and rapidly closing window to secure a liveable future."

The Chapter on Australasia in the IPCC report has a considerable amount of detail on the likely impacts of continued global warming on future climate in Australia. The report looks at both observed impacts and predicted future impacts (applying a level of certainty to each of these).

Ongoing climate trends have exacerbated many extreme events (the authors cite a ‘very high confidence’ in making this statement).

The Australian trends include further warming and sea-level rise, with more hot days and heatwaves, less snow, more rainfall in the north, less April-October rainfall in the south-west and south-east, and more extreme fire weather days in the south and east.

The report says that ‘climate trends and extreme events’ have combined with existing vulnerabilities to cause major impacts for many natural systems, with some experiencing or at risk of irreversible change in Australia. For example, warmer conditions with more heatwaves, droughts and catastrophic wildfires have already negatively impacted terrestrial and freshwater ecosystems. The bleaching of the Great Barrier Reef is one well known example of this.

Our fire seasons are already getting longer and more intense. Impacts on fire regimes that have already been observed and can be expected include:

As noted by The Climate Council, the recent record-breaking deluge that has flooded towns and cities in Queensland and New South Wales is one of the most extreme disasters in Australian history.

They say that climate change is ‘firmly embedded’ in the 2022 flooding emergency.

There will be an increase in heat-related mortality and morbidity for people and wildlife in Australia due to heatwaves.

On a global scale, the IPCC says that climate change, including increases in frequency and intensity of extremes have reduced food and water security, hindering efforts to meet Sustainable Development Goals. Economic damages from climate change have been detected in climate-exposed sectors, with regional effects to agriculture, forestry, fishery, energy, and tourism (high confidence), and through reduced outdoor labour productivity.

And, as always, it is the poor who suffer the most: ‘observed impacts are concentrated amongst the economically and socially marginalised residents.’ Climate change is contributing to humanitarian crises where climate hazards interact with high vulnerability. Climate and weather extremes are increasingly driving displacement in all regions, with small island states disproportionately affected. Flood and drought-related acute food insecurity and malnutrition have increased in Africa, and Central and South America.

There will be 'cascading, compounding and aggregate' impacts on cities, settlements, infrastructure, supply-chains and services due to wildfires, floods, droughts, heatwaves, storms.

What we do matters

The IPCC says ‘human-induced climate change, including more frequent and intense extreme events, has caused widespread adverse impacts and related losses and damages to nature and people, beyond natural climate variability’. They make it clear that we need to act now to limit future warming. ‘If global warming transiently exceeds 1.5°C in the coming decades or later (overshoot), then many human and natural systems will face additional severe risks, compared to remaining below 1.5°C.

The International Energy Agency (IEA) says that while the number of countries announcing pledges to achieve net zero emissions over the coming decades continues to grow, the pledges by governments to date – even if fully achieved – fall well short of what is required to bring global energy-related carbon dioxide emissions to net zero by 2050 and give the world an even chance of limiting the global temperature rise to 1.5 °C.

Climate science makes it abundantly clear that we must ensure that the 2020s are the decade of a massive clean energy expansion, transformation of our economic systems and rapid decline in emissions.

This transition must account for the social and economic impacts on individuals and communities, and ensure no regions are left behind in the transition. We cannot leave it to ‘the market’ to set the rate of change in sectors like electricity production, because we know that it will lead to negative impacts on people currently employed in the fossil fuel sector.  The IEA says that no additional funding should be given to new unabated coal plants, and that existing less efficient coal plants need to be phased out by 2030. The IEA also says that ‘beyond projects already committed as of 2021, there are to be no new oil and gas fields, and no new coal mines or mine extensions’ if we are to have a hope of meeting emission reduction targets that will avoid dangerous climate change.

Prime Minister Scott Morrison refused to strengthen Australia's 2030 target at the COP26 summit in Glasgow last year. His government decided to stick with the weak target set by Tony Abbott way back in 2015—a meagre 26 percent reduction this decade.

The Morrison government signed the Glasgow Climate Pact which requires countries who haven't yet strengthened their 2030 targets to do so for the COP27 in Egypt this November.

It's time for PM Scott Morrison to be clear with global leaders and the Australian community. It's time for the Federal government to get serious about the climate crisis.