Climate Justice : we must act together 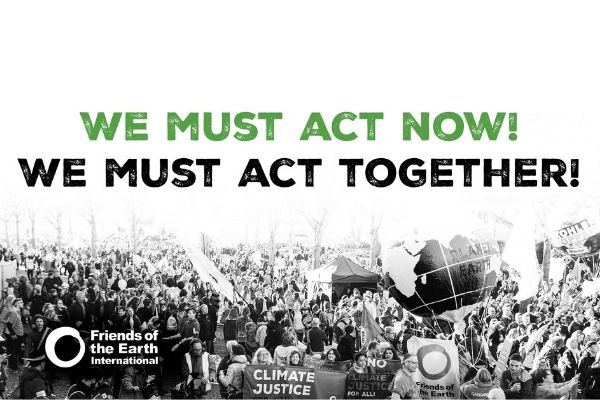 Our response to the 2019 federal election result.

Like many of us, you were probably saddened by the outcome of the federal election on Saturday.

While it really was the #ClimateElection, with community concern about climate and energy policy being greatest since the federal election of 2007, Saturday has delivered a re-elected Coalition, which is run by climate deniers and blockers.

While these results may pose a huge setback for meaningful action on climate change and environmental protection, we have been inspired by all those who made climate action a major issue at the ballot box this election.

People across the continent rallied alongside school strikers and their clear demands for action and their calls to stop the Adani coal mine, for no new coal, oil and gas projects, and for 100% renewable energy by 2030.

We know this is what is needed. However, the Morrison Government has no meaningful policy on climate change. The blockers in Government and their allies in the Murdoch press feel emboldened (already QLD MP Matt Canavan is calling for the Adani mine to be built). The Coalition owes Clive Palmer big time. And he wants a big new coal mine in Queensland.

The next three years will be tough. There is the chance the Coalition will restart its campaign against green groups who have charity status, like Friends of the Earth, in an attempt to break our power. But we will not be broken.

Instead, across the Friends of the Earth network, we will continue to work with frontline communities impacted by climate change, ‘connecting the dots’ on climate science and speaking up for climate justice.

Movement building - We will continue organising across the continent to build the grassroots climate action movement, and amplify the voices from the students' strike for climate, and communities on the frontlines.

Just transitions - A rapid transition to 100% renewables will be good for regions – jobs, investment and drought-proof income.

Shift the money -  Our affiliate member Market Forces is activating investors, banks and super funds to shift from investing in coal to building the renewable energy of the future.

Fight the right - With climate at the forefront this election, we must not let the right-wing appropriate the climate discourse for their own gains. We will need to head off the crazier aspects of Coalition policy, like proposals for expanding the nuclear industry, and fight to make sure that a response to the climate crisis puts people before profits.

There can be no climate justice without social justice - At a time when politics is stirring up hate and fear in our communities, we must hold firm in our support and solidarity with First Nations and marginalised communities who have again woken to a government committed to putting them last.

These will be hard times. But we know we can be a part of transforming community concern into real action.

Remember, we have been here before, and we have made change happen: in Victoria, Friends of the Earth worked with rural communities to win the first permanent ban on fracking in Australia, despite the best efforts of the then Coalition state government.  We have shifted the debate in many regional areas around renewable energy. We know how to build power at the grassroots by finding common cause with suburban, regional and conservative communities.

Friends of the Earth campaigns work from the ground up. We aim to meet people where they're at, and to offer solutions to the climate crisis that will deliver good jobs and opportunities, and build community and ecological resilience.

Make sure that grassroots groups like Friends of the Earth have the resources we need to build the movement with a tax-deductible donation today.

We must act now, we must act together. And we will!