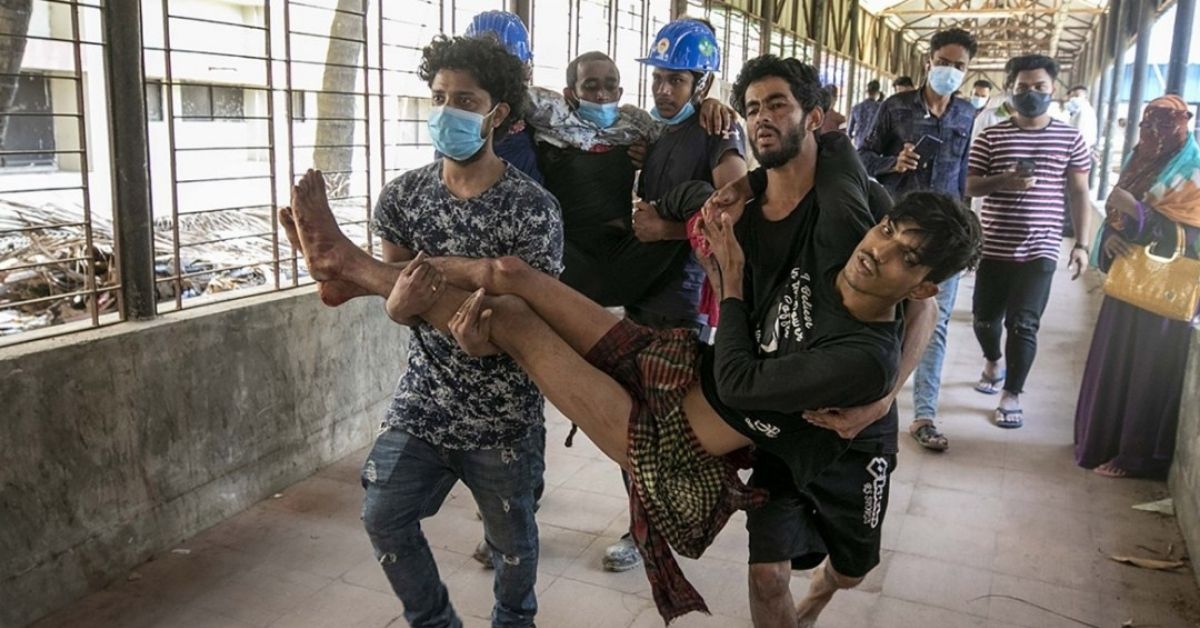 The power plant is a joint venture between Bangladeshi industrialists S Alam Group, and Chinese companies SEPCO III Power Construction Corporation and HTG Development Group Company Ltd at Banshkhali Upazila. Power plant workers and villagers had formed a large, peaceful demonstration outside the under-construction Banshkhali Coal Power Plant demanding the payment of unpaid wages, reduced working hours for the holy month of Ramadan, and better working conditions. An altercation at the site led to police firing live ammunition at the demonstrators. Five workers were killed, and dozens more injured, with two more individuals succumbing to injuries in the following days, bringing the death toll to seven.  This is the third incident of violence at the Banshkhali Power Plant project in recent years. Previously, similar incidents led to the deaths of four people in 2016, and one person in 2017.

In response to the killing of the 7 workers, BELA, Association for Land Reform and Development, Bangladesh Legal Aid and Services Trust, Nijera Kori, Safety and Rights Society and Ain o Salish Kendra (ASK) – have filed two public interest suits in the High Court of Bangladesh. In the two cases, the demands include:

On 4 May, after hearing the statements of the writ petitioners, the Bangladesh  High Court, ordered district and police administrations to submit their investigation committee’s report and the report of the Ministry of Labour on labour safety, security, and medical treatment within 45 days to the court. At the same time, S Alam Group was ordered to disburse BDT 500,000 (AUD$7,500) compensation to each deceased worker and bear the full cost of treatment for the injured workers. The administration was also ordered not to harass the workers in the name of the investigation. For the time being, BELA is pleased with this order as it may lead to a judicial inquiry.

Listen to an interview with Real World Radio and Bareesh Hasan Chowdhury, BELA’s research lawyer, regarding this case

A recent police investigation highlighted several reasons for the disagreement between workers, project owners and management,  including late payment of wages,  demands for reduced work hours during Ramadan, poor sanitation and accommodation facilities, and communication difficulties as well as tension between Chinese and Bangladeshi staff.

Friends of the Earth Australia join Bangladesh Environmental Lawyers Association (BELA) in condemning the use of lethal weapons against peaceful protesters. We echo BELA’s call for: