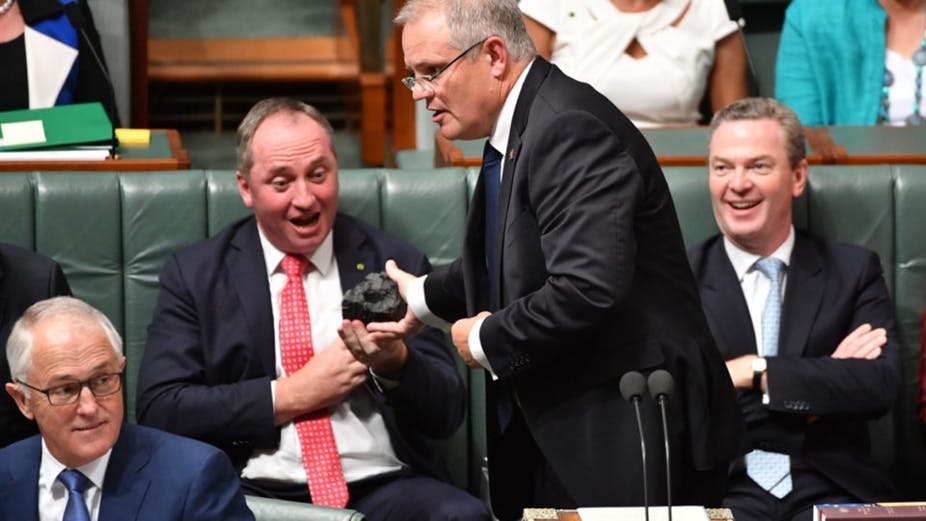 Environment group Friends of the Earth Australia reject indications that the Morrison government will seek to use public funds to underwrite new coal and gas projects, and say they should be 100% focused on landmark renewable energy projects like the proposed Star of the South offshore wind farm instead.

“Prime Minister Scott Morrison and the federal Coalition have learned nothing from the Liberal party's drubbing in the recent Victorian state election” said Friends of the Earth climate spokesperson Leigh Ewbank.

The Liberal party's support for coal and gas was resoundingly rejected by voters in at the Wentworth by-election and at the November state election in Victoria.

“When community support for action on climate change is on the rise, the Coalition government's support for polluting fossil fuels will go down like a lead balloon” added Ewbank.

While time is running out to act on climate change, the Coalition's obsession with coal and gas only imperils Australia's future.

Instead of wasting more public money on polluting fossil fuels, Friends of the Earth Australia says the federal Coalition should be taking landmark renewable energy projects like the proposed Star of the South offshore wind farm to the next stage to create jobs and cut emissions.

“New renewable energy is cheaper and cleaner than fossil fuels, so it's bizarre that the supposedly free-market Liberal party wants to intervene in the market to back in polluting, old technology like coal and gas” said Pat Simons, Friends of the Earth’s renewable energy spokesperson.

“The world is moving on from coal and if they don't move with it, the federal Coalition will be left behind, with no plan to deliver more jobs and investment in renewable energy.”

The Star of the South offshore wind farm proposed off Victoria’s Gippsland coast won international funding over one year ago, yet Commonwealth approvals have been held up by the Coalition for unknown reasons.  The proposal requires the federal government to sign off an exploration license in order to proceed to extensive environmental and planning assessments.

“The first simple step for fledgling Energy Minister Angus Taylor is to take the Star of the South offshore wind farm to go to the next stage. Unlike wasting more public money on coal and gas all this needs is a stroke of the pen” said Simons.

If it goes ahead Star of the South would be the largest offshore windfarm in the world, representing a significant economic opportunity for Gippsland, and would be a game changer for action on climate change. The project is predicted to create 12,000 jobs during construction, generate enough renewable energy to power 1.2 million households and avoid up to 10 million tonnes of polluting greenhouse gas emissions.

“Instead of wasting public funds on coal and gas, Energy Minister Angus Taylor should prove he can deliver on renewable energy jobs by signing off on the exploration license for the landmark Star of the South offshore wind farm” added Simons.