COVID was just a practice run

The Lismore floods show that radical action needs to be taken now, writes Zianna Faud for Chain Reaction #142 - "...although I have trust in spontaneous and unpredictable social transformation, the truth is, there is no such thing as ‘normal’ anymore." 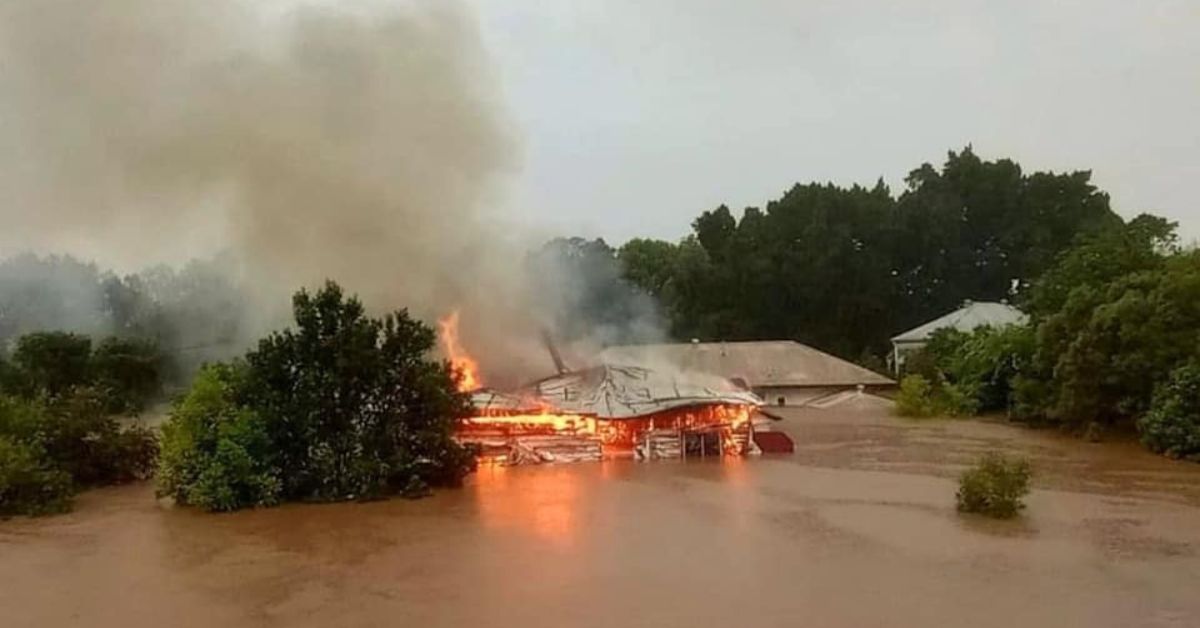 All I could think about during Covid was “this is just a practice run”- that it was just a warm-up, a taste of the future, and although I have trust in spontaneous and unpredictable social transformation, the truth is, there is no such thing as ‘normal’ anymore.

Here we lived through the Black Summer Bushfires… two evacuations and half the land burnt, leaving a scar in the valley.

This time it’s the worst flooding we’ve ever seen in the North. The river rose beyond what I could ever imagine, roads were cut off to our home in four different directions and we scrambled to find missing friends without internet or power.

When they’re not on our doorstep I’m plagued with thoughts of climate dystopias that are both proven and here, wreaking havoc on (already overexploited) communities.

Severe climate disruption has arrived. In 2021 we saw Cyclone Tauktae in India with 185km winds. There were extreme raging wildfires in Cyprus, Turkey, Russia, California, Canada, landslides in Japan. Sandstorms in Beijing and Algeria, and a rare tornado across the Czech Republic.  Heatwaves across most of the Northern Equator have killed hundreds of people. There has been extreme flooding in Germany, Belgium, Australia, France, Indonesia and the Maas hit a record height in the Netherlands. More than one million people have been displaced by floods in China alone.

And while the overall warming of the planet is pretty much in-line with climate model predictions from decades ago, the rise in extreme weather events is exceeding predictions. Even the experts are shocked - and that sends shivers up my spine.

A lot of people I know who are part of the counterculture take pride in not reading the news or science, but it’s time to start. Privilege may bolster you from the truth but there will come a time when it will flood right in, lapping at your metaphorical doors and quite possibly your real ones.

We have reached an hour when action at an unprecedented scale is required.

Sustained disruption against violence, profit and greed is the fastest way we'll see the change we need. This impending chaos has been known about for over four decades. We are on the brink of multiple collapses. We have waited on government after government for change.

The suffragettes did more radical things for the vote.

They lit mailboxes on fire and threw ground pepper on the PM - and I’m not necessarily saying that’s what we should do tomorrow but I’d like us to let that sink in and put things into perspective.

We are facing self-extinction and the collapse of this wondrous, indescribable Earth and we are struggling to mobilise support for even the most basic of peaceful resistance.

None of these aims can be passively achieved. All involve confrontation.