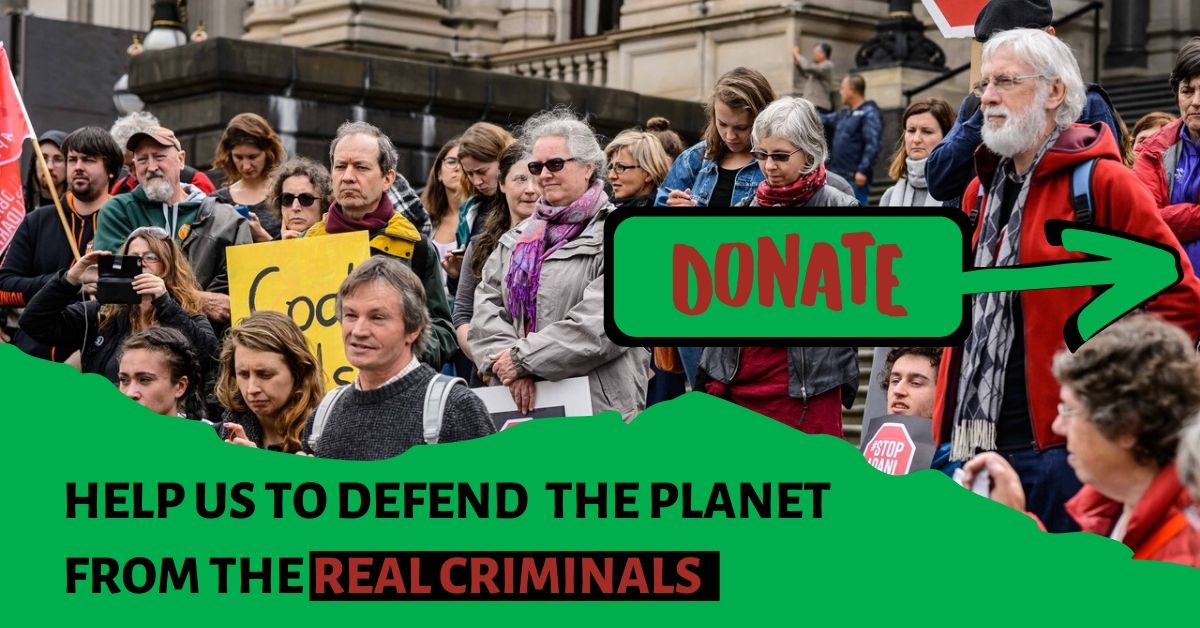 The government is targeting the Friends of the Earth network in a concerted effort to shut down our effective strategies for achieving environmental and social justice.

Prime Minister Scott Morrison vowed to “outlaw” forms of climate activism in a speech to the mining industry last week. Friends of the Earth Australia  and our affiliate, Market Forces, are in the firing line.

Market Forces compiled the Adani List detailing  61 major companies have ruled out being involved in the climate-wrecking Adani Carmichael coal mine. We are encouraging Australians who oppose the mine  to demand companies commit to ending their association with the controversial project.

Isn’t that what democracy looks like?... Not according to Scott Morrison and company.

Donate to Friends of the Earth to help us stave of these attacks whilst continuing our effective struggle for environmental and social justice.