Friends of the Earth stands in solidarity with the Dumbartung Aboriginal Corporation and Indigenous people around the globe. We recognise the intrinsic link between environmental protection and justice for First Nations people. In acknowledging this intersection, we actively work within spaces that support the resilience and strength of Indigenous communities. 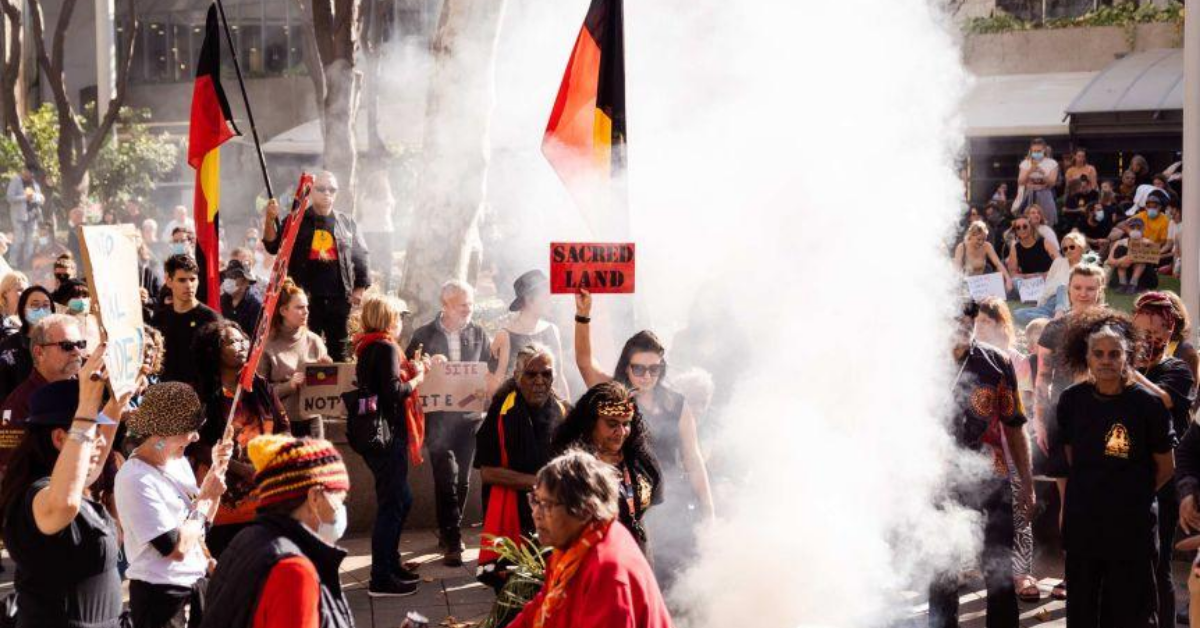 Rio Tinto and other fossil fuel giants have proven consistently that they have no regard for the land, its Traditional Custodians, or a liveable future - and that they must be resisted. Furthermore, true environmental and climate justice can never be achieved if this work is not done alongside and with amplification of the voices of Indigenous peoples.

This International Day of the World’s Indigenous Peoples, we would like to highlight the voice of Dumbartung through their statement below.

Friends of the Earth has supported, and will continue to support both Dumbartung and First Nations grassroots organisations all over the world.

On the Saturday, 8 August the Dumbartung Aboriginal Corporation will gather at the Kaarta-Gar-Up lookout at Kings Park, to raise awareness of the United Nations’ (UN) International Day of the World’s Indigenous Peoples and to recognize and respect the ancestors of the Bibbulumun nations of the South West of Australia and most importantly the Whadjuk nation whose land the city of Perth is now built on.

The (UN) International Day of the World’s Indigenous Peoples is observed on 9 August each year, to raise awareness and protect the rights of indigenous populations, whilst recognising their contributions to world issues especially the issue of environmental protection.

Australia is one of the world’s most privileged countries due its abundance of natural resources, while its first Nations people continue to suffer.

Today, Indigenous people make up 2.3% of Australia’s population; in the South West, more than 63% of Aboriginal people are incarcerated, which is four times higher than the African Americans and the juvenile rates of incarceration are in excess of 75%. There are also very high rates of suicide, deaths in custody, homelessness, infant mortality, and many who suffer from what are curable diseases in the Western World.

Dumbartung chief executive officer Robert Eggington said, “The time for truth telling and for us to stand together is now.”

“As the world plunges into darkness and chaos it’s us, the people, who need to make wrong the many injustices and create a better world for all our future generations.

“This needs to be a journey towards change that will create a stronger humanity built on the strengths of shared advantage and equality of human rights and privilege to all, especially those who have suffered the most, the indigenous peoples of this land.”

In support of the occasion and continued collaboration with First Nations Peoples, Rio Tinto will turn off their signage on top of the Central Park tower in the CBD.

Rio Tinto chief executive Iron Ore Chris Salisbury said, “We have been engaging with Indigenous stakeholders right across the country, including the Dumbartung Aboriginal Corporation, as part of our extensive review process regarding Jukaan Gorge.”

“At the request of Dumbartung, we will turn off the Rio Tinto logo on top of our central park office to show our solidarity with these groups and whilst we understand that this is a symbolic gesture, we want to reassure Indigenous and non-Indigenous people who have voiced their concern, disappointment and sadness for the loss of an important cultural heritage site, that we are listening.”

“We are committed to rebuilding our relationships and restoring trust with Indigenous peoples as our first immediate priority, and will continue to work with and take advice from Aboriginal people, communities and organisations, such as Dumbartung.”

The following organisations have pledged their support:

Find out more about the Dumbartung Aboriginal Corporation:

Find out more about Friends of the Earth:

To pledge the support of your organisation, please email: [email protected]