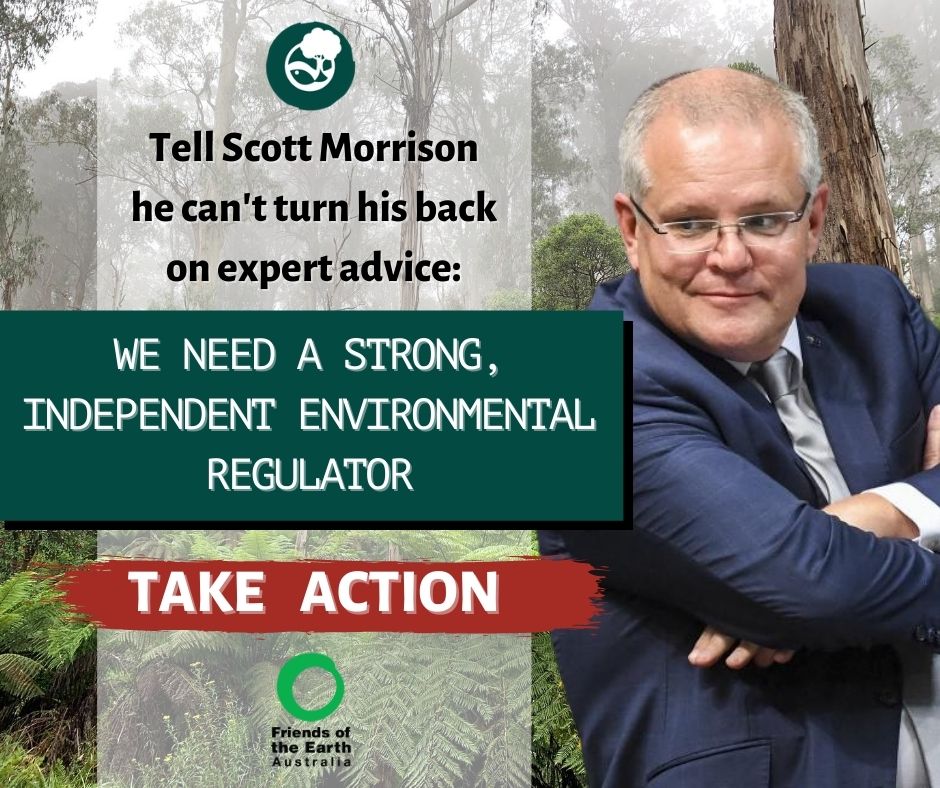 They have comprehensively failed to protect land, water or climate for many years. The federal government has now released the final report from the once-in-ten-year review of the laws, which was led by Professor Graeme Samuel.

As with the interim report, Professor Samuel’s report makes it clear that the current laws are ineffective and unfit for purpose. 20 years after the EPBC Act commenced, ‘Australia’s natural environment and iconic places are in an overall state of decline and are under increasing threat.’ The laws need to be rebuilt from the ground up to head off further extinctions and start the long road to ecological recovery.

The report made 38 recommendations, most of which environmental groups support.

As Professor Samuel said, ‘cumulative impacts on the environment need to be addressed, threats to the environment properly managed, and the legacy of past degradation rectified by pursuing environmental restoration at scale.’

After sitting on the report for 90 days, the Morrison Government needs to respond with a genuine commitment to a full reform package that makes our environmental laws stronger.

We call on the government to take the following actions to protect the landscapes that we rely on:

The federal government has been pursuing an agenda which would see the current laws ‘streamlined’, and with approval powers handed back to the states. Without robust protection, this would be a green light to massive new destructive projects like gas drilling and coal mines. The government must scrap its Tony Abbott era 'reforms' of 2014 and implement a full reform agenda informed by the advice of their own expert.

You can sign our petition to the prime minister, urging him to listen to the experts and rebuild the laws, here.