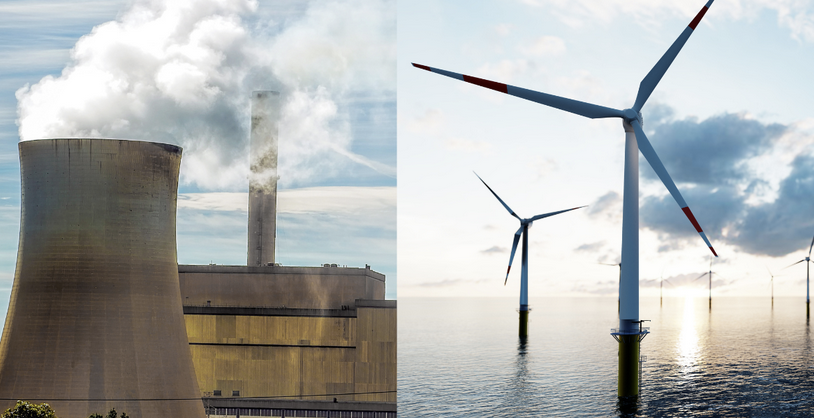 Friends of the Earth Australia welcomes the rapid movement of the new federal government on key election commitments, including those covering environment, climate and energy.

We note that the government has already acted to update Australia’s emission reduction targets from the 26-28% target of the Coalition to a new commitment of 43% reduction by 2030.

The federal ALP has a resounding mandate to meet and then exceed its commitments on climate, energy and environment. There has never been a more supportive federal parliament, with strong representation from the Greens and climate independents, who will back more ambitious action. We believe that continued rapid implementation of the existing platform will create many opportunities for deeper emissions cuts and deeper reform of environmental laws.

Rebuild our climate knowledge: It is essential that we restore science to our decision making process around climate, energy and environment. The previous government weakened many of our national institutions, which now must be rebuilt. As a starting point,  we must restore the independence of the Climate Change Authority.

Meet and exceed climate commitments: The adoption of a more ambitious emission reduction target for 2030 will be essential to align climate policy with the best available science. The Climate Council recommends a target of 75% reduction against 2005 levels by 2030.

Establish a national Just Transition Authority: a national JTA (for instance, the proposal for Transition Australia) would be responsible for working with trade unions, Traditional Owners, local community and environment groups, and local and state governments, on coordinating just transition plans at the regional level.

Rule out further fossil fuel development: The IEA’s 2021 report on decarbonising the energy sector makes the case that for the world to meet the 1.5°C challenge, ‘there can be no new investments in oil, gas and coal, from now – from this year.’ As a government that acknowledges the gravity of the latest climate science and the need to act decisively to reduce emissions, the ALP must commit to no further development of any fossil fuels.

The former Coalition government weakened institutions that are critical to providing independent science-based policy advice to the Australian government. As a priority, the Albanese government should restore our institutional ability to tackle the climate crisis by:

Due to a lack of real planning and certainty at a national level, the market and technological innovation are currently driving most of the change that is happening in the stationary energy sector. We can look to examples of previous unplanned economic transitions, such as the loss of domestic car manufacturing, to understand that leaving major economic changes to the market results in negative experiences for displaced workers and their communities. Having a federal government with a deep understanding of the threats posed by climate change presents an opportunity for forward planning that we cannot afford to waste.

Build in guidelines early to ensure all new renewables projects are ‘best practice’ when it comes to climate, local communities, energy consumers, and ecosystems

Market forces are already driving an unplanned transition from fossil fuels to renewables and storage. To ensure the best outcomes for communities, this process be managed in a socially just and environmentally sustainable way.

Protect and improve community health through climate and environment policy

Protect nature and the places we love

Australia’s bushfire season is already a month longer than it was 40 years ago, and extreme fire weather days are up by more than 50 per cent. CSIRO scientist Pep Canadell says that these figures will increase further depending on global efforts to tackle climate change.

If warming is limited to 1.5°C – the primary target in the Paris climate pact – the fire season will grow by another 11 days. But if warming hits 4°C – at the extreme end of scenarios considered by the Intergovernmental Panel on Climate Change – another 36 days would be added.

Some researchers have noted that there is no longer a ‘fire season’ under current levels of warming. In some parts of the world, like California, landscape scale fires now occur year round. As was noted recently by climate scientist Kristy Dahl, “climate change has pushed a lot of these types of events into a new realm that is much more dangerous. So as we were thinking about this season, and how we’re going to respond to it, the phrase ‘danger season’ seems appropriate.”

How should Australia respond?

A key issue is having the resources to be able to fight the fires that are coming. The following are some suggestions on how Australia should be responding to longer and more intense fire seasons:

When it comes to the climate crisis, an ounce of prevention is worth a pound of cure. Our goal, first and foremost, should be to stop contributing to worsening climate change, which is fuelling intensifying fire seasons. This means increasing our interim 2030 emissions reduction target to align with the best available climate science, and ending the development of all new fossil fuel projects.

We note that the new Emergency Services minister has already met with the AFAC to discuss requirements and look forward to the establishment of a publicly owned fleet of Large Air Tankers.

More capacity on the ground

Long fire seasons stretch local resources, and sometimes remote areas need to be abandoned in order to focus on defending human assets. Having an additional, mobile national team that could be deployed quickly to areas of greatest need would help us protect the wonderful legacy of national parks and World Heritage Areas across the country. This was recommended by a Senate inquiry after the devastating fires in Tasmania of 2016.

Support our volunteers to make their contributions sustainable: We need to prepare our emergency services - both career and volunteer - for the increasing demands of climate-driven disasters. As flooding, fires and heat waves become more common, it is clear that the load on existing volunteers is unsustainable. We will need to transform how we respond to these disasters, with potential changes to resourcing for volunteers and their employers.

First-responders are being overwhelmed by the size, intensity and frequency of unprecedented extreme weather events. It is essential that there is a review of budgets for all first responder organisations to ensure they are sufficient to the reality of the climate driven disasters of the 21st century. We should also investigate opportunities to provide financial support for volunteer firefighters who need to take extended periods of time off work in long fire seasons.

Training our firefighters for the conditions that are coming: The government needs to investigate the need for new, standardised firefighter training modules that explicitly address dynamic fire behaviours and extreme bushfire development. These types of fire behaviour will increase in prevalence, even if sufficient climate action is taken by the government.

Other gaps: These suggestions only relate to our capacity to fight fires. They do not cover land and forest management, including the issue of Cultural Burning. Additional ideas and resources can be found in Friends of the Earth Melbourne’s Fire Policy outline.

Stop the dumping of nuclear waste on Barngarla Country

Barngarla Traditional Owners are unanimous in their opposition to the Morrison government’s plan for a national nuclear waste dump near Kimba in South Australia. For the Albanese government to go ahead with the dump in those circumstances would be unconscionable. The dump proposal must be abandoned and an inquiry initiated to thoroughly assess responsible radioactive waste management options.

Climate change is driving increased disruption and volatility of our food systems. This is resulting in food prices soaring, which is already hitting low income communities hard. Additionally, the costs of chemical fertilisers continue to rise, which is driving farmers to utilise biological approaches to capture nitrogen. There is an urgent need for a transition to a more ecologically sound, resilient and just food and farming system.

As well as being one of the most vulnerable sectors to the impacts of climate change, our agriculture and food systems are one of the largest contributors to climate change and biodiversity loss. Australia and the world are confronting ‘a global agricultural land degradation crisis’. This crisis is undermining farmers' capacity to adapt to the climate crisis, which is already impacting negatively on farms across Australia.

‘There is now well-established and accepted analysis that the results of not making these necessary transitions are catastrophic, with long-run costs far exceeding the likely costs of taking action to avoid the worst damage.’

A growing international body of experts, including the Food and Agriculture Organisation (FAO) and the International Panel of Experts on Sustainable Food Systems, recognise the transformative role that agroecology (regenerative-organic) farming approaches offer for achieving ecologically sound and resilient food systems.

The federal government has a crucial role to play in driving policy change to aid a sector-wide transition of agricultural practices. Existing policies and vested interests are locking in feedback loops that amplify land degradation, requiring additional inputs of pesticides and fertilisers to maintain farm profits.

Federal government policy should support and promote agroecology over industrialised agriculture systems. Examples of how this could look include:

We face several interconnected threats to the quality, longevity and continuation of human life on this planet. Some of these threats, as have been detailed, include:

Many of these threats feed into each other. They require a long-term, whole picture, intersectional approach to address them all; not a short term approach with limited focus.

With so many of these threats already present and impacting people’s lives across the country, it is not surprising that people voted in overwhelming numbers at the 2022 election for parties and candidates with strong climate policies.

The new federal ALP government has been elected early into what is being described from many corners as a decade of transition. The scientific consensus, based on the best available climate science, is that the deepest emissions cuts and transformative processes must be made before 2030 to avoid catastrophic global warming.

The Albanese government, backed up by a host of climate-focused crossbench MPs, has a strong mandate to enact and significantly expand on its climate and environment commitments. Communities around the country will continue fighting for the urgent action we need, and enacting solutions in their local areas. They will look to this government to match their concern and desire for action, which will set the course and pace of change for the rest of the decade.

Friends of the Earth campaigns coordinator