We stand with Filipino environmental defenders against new terror laws 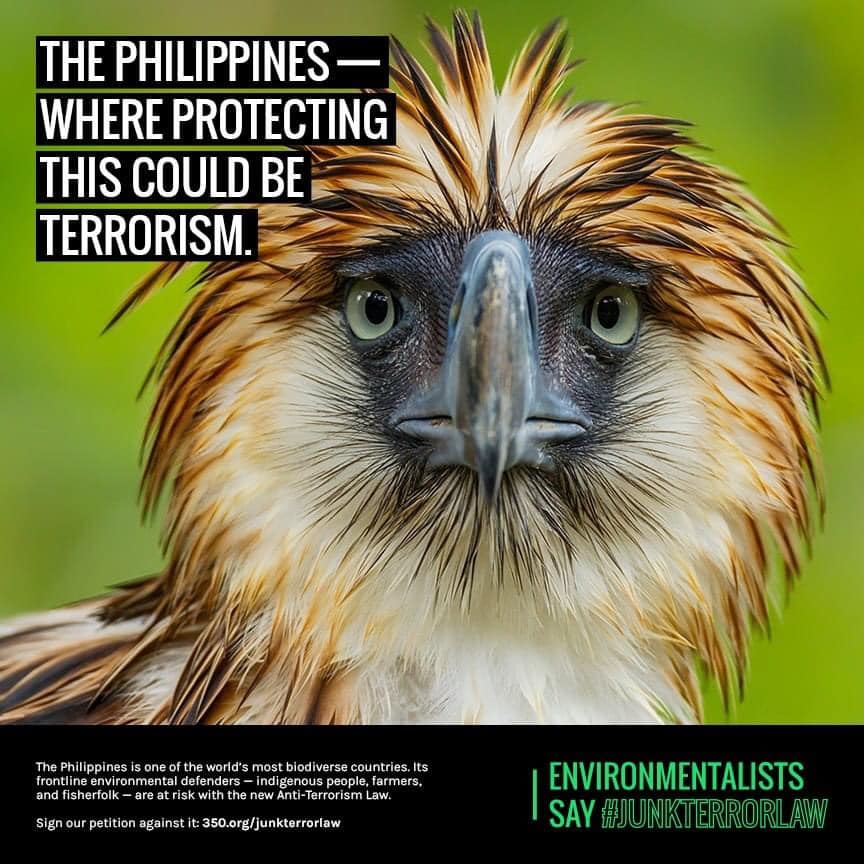 Friends of the Earth Australia has expressed solidarity and support for Filipino environmental defenders standing against new terror laws designed to discipline people and silence dissent.

The Philippines' new Terror Law — formally known as the Anti-Terrorism Act of 2020 — is a draconian measure that would worsen the already atrocious human rights situation in the Philippines, a country previously tagged as the world's deadliest country for land and environmental defenders in 2019.

Under President Rodrigo Duterte's administration before the Terror Law, nearly 20,000 environmental defenders were subjected to various human rights abuses. With the passage of the new law, it can only get worse. Friends of the Earth has joined a coalition of environmental organisations, who are calling on local and international environment and climate advocates to sign a petition to have the Duterte administration, through the Philippine Congress, repeal the Terror Law.

Friends of the Earth Philippines/The Legal Rights and Natural Resources Center-Kasama sa Kalikasan (LRC) have released a detailed statement regarding the new laws, in which they say that though Duterte says the laws are "intended by its authors to curb terrorism... the authors forgot that people are now wise to the tendency of this administration to weaponize the law for its own ends."

In the midst of a ever worsening global pandemic, Friends of the Earth Philippines say:

"There are more urgent matters, more urgent legislation than an anti-terrorism bill. The economic stimulus package bill, for one, has not received as much support, as have not environmental bills that offer durable and systemic solutions to problems that had existed before and could be exacerbated by the pandemic. These and more should occupy the government, not measures that dampen engaged citizenship, under this time of overwhelming need. Rather than securing the citizenry, the Anti-Terrorism Bill further sows uncertainty, insecurity and fear."