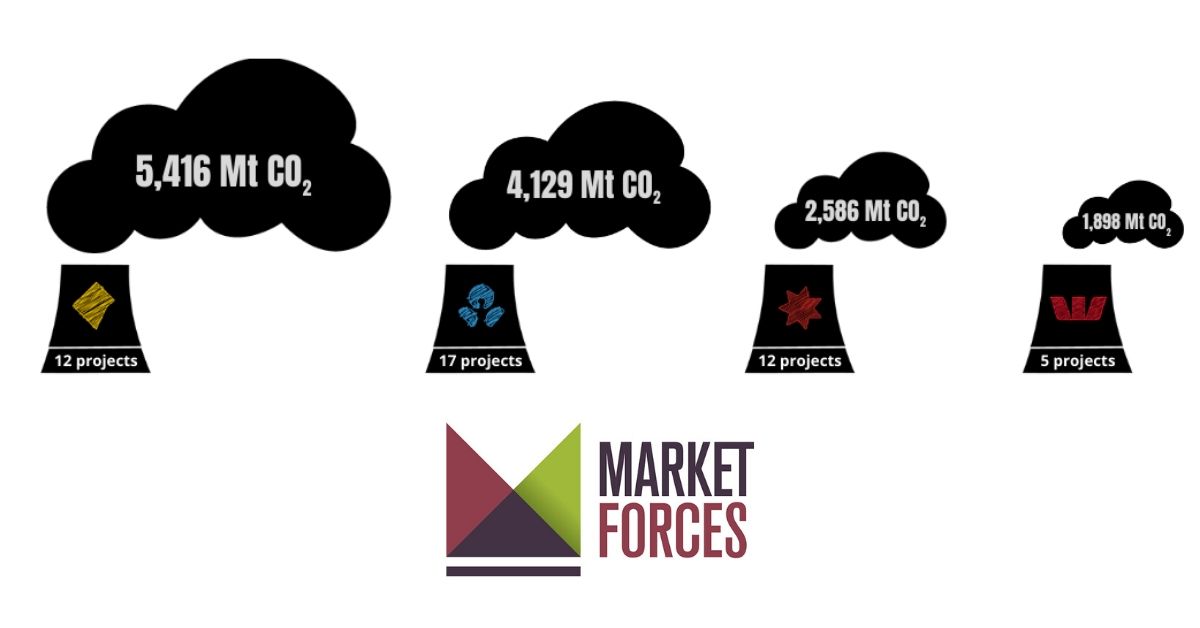 Despite repeated pledges and policies to the contrary, Australia’s big four banks have once again increased funding to the expansion of the fossil fuel industry over the past year.

The figures mean fossil fuel lending has topped $35.5 billion since January 2016, shortly after the banks publicly championed the Paris Agreement, with Commbank, ANZ, NAB and Westpac collectively enabling the release of an additional 9 billion tonnes of CO2, enough to cancel out Australia’s planned emissions reduction (2021-2030) 21 times over.

These findings are part of a comprehensive analysis of Australian banks’ 2016-19 lending to the energy sector by Friends of the Earth Australia member group, Market Forces.

“Australia’s banks committed to support the Paris Climate Agreement in 2015. Half a decade later they are wrecking its chances of success by continuing, year-in-year out, to funnel billions into new polluting projects and companies dragging us in the wrong direction,” said Jack Bertolus, Research Coordinator at Market Forces.

“As recently as May, they called for stimulus measures consistent with Paris. Yet they seem singularly unable to get their own houses in order. No amount of sustainability bluster can mask lending $7 billion to new or expanded fossil fuel projects that are entirely inconsistent with limiting global warming to 1.5ºC, and $6 billion to companies whose business plans rely on the failure of the Paris Agreement. Unlike the spin, the numbers don’t lie.”

Key points from the analysis:

Despite warnings that billions could be wiped off the value of local oil and gas firms following BP’s decision to write off up to US$17.5 billion from its oil and gas assets, including up to 70% (US$10 billion) of its US$14.2 billion early-stage oil and gas exploration, the analysis also reveals companies are currently pursuing at least 100 new and expansionary fossil fuel projects in Australia that would cost almost $150 billion.

“It’s widely recognised the risks from climate change are as financially material as they are environmentally catastrophic. This makes it all the more remarkable banks appear unable to resist saddling themselves with the additional risk,” said Bertolus.

“With 100 new or expansionary fossil fuel projects soon to be sitting in their in-trays, it’s time for the banks to live up to their own rhetoric and genuinely back a clean transition in Australia.”