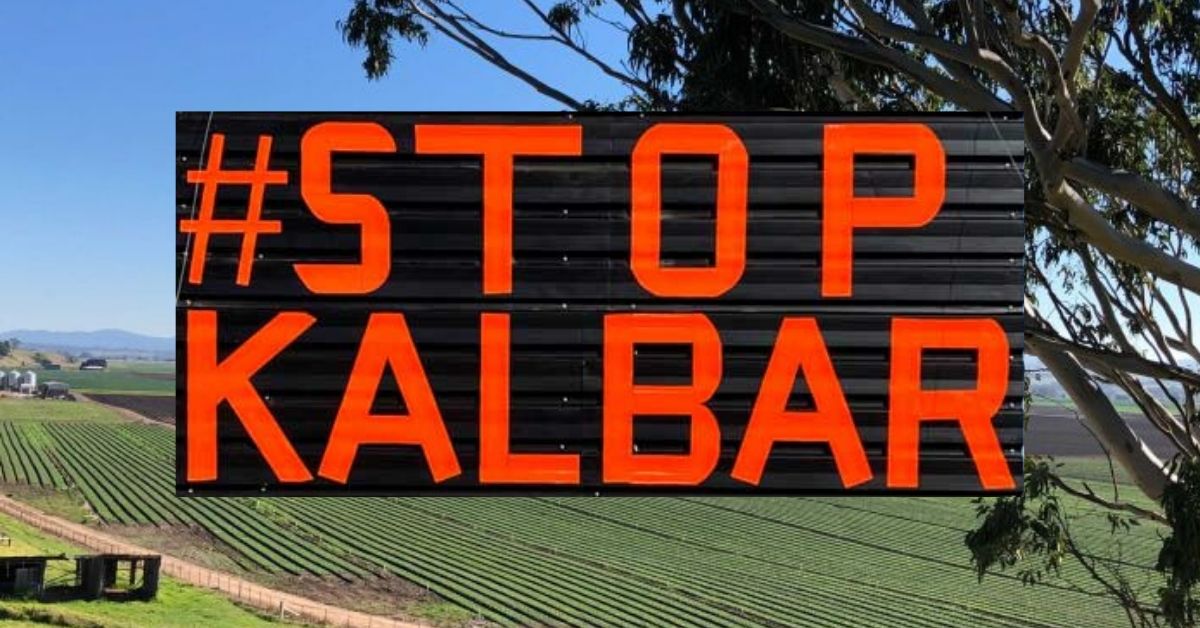 Friends of the Earth Australia has formed a partnership with Mine-free Glenaladale, a community group opposed to Kalbar Resources's proposed mineral sand mine on Gunaikurnai land/East Gippsland, Victoria.

Kalbar Resources, a company that has no mining experience, has proposed a mineral sands and rare earths mine at Glenaladale, near Bairnsdale in East Gippsland. The project would be located on the The Lindenow flats, a high-value agriculture production region situated on the banks of the Mitchell River.

Traditional Owners have not signed-off on this proposal. The Gunaikurnai Land and Waters Aboriginal Corporation (representing Brataualung, Brayakaulung, Brabralung, Krauatungalung and Tatungalung family clans) says “the proposed mining operation will disturb and hurt the cultural connection of the Traditional Owners to the land, air and water that is part of the development area.”

The Fingerboards Mine has not yet been approved by the Victorian Government, but after several years of investigation, Kalbar believes the site is suitable for an open cut mine to extract minerals including zircon, rutile and ilmenite — a titanium mineral, and rare earths.

Kalbar plans to extract about 200 million tonnes of ore from the site over 20 years.

Community power will stop the mine!

Communities across southern Victoria got organised against onshore gas drilling - and won. In response to sustained campaigning, the Victorian government implemented the first permanent ban in Australia on the process of fracking, and established a moratorium on onshore conventional gas drilling. We can win this one too! 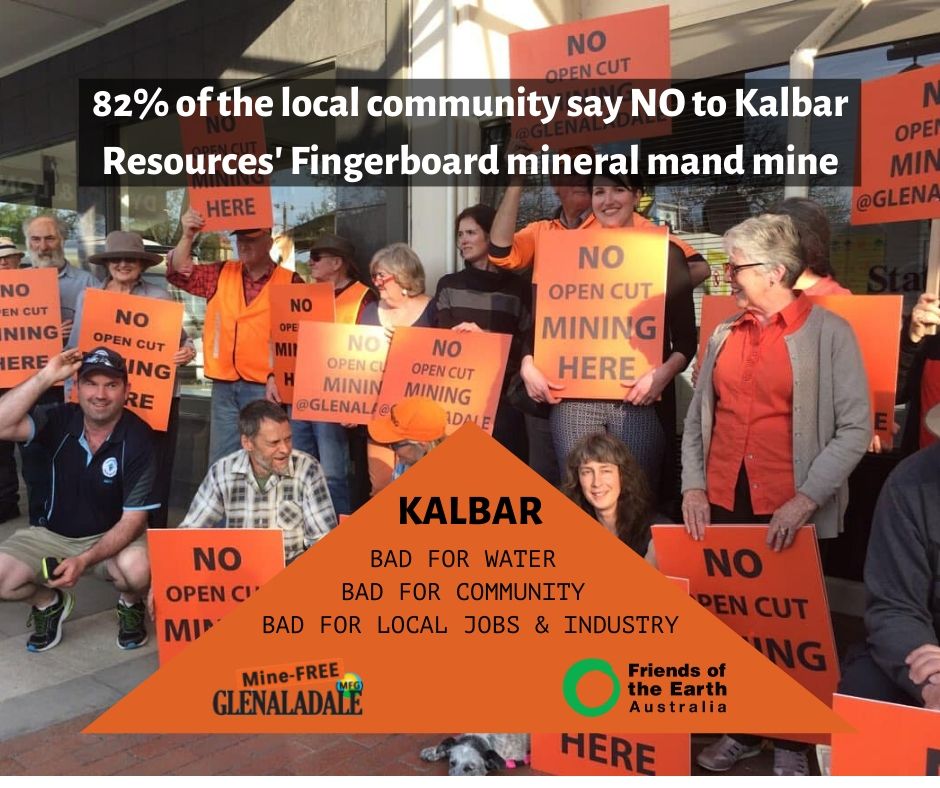 82% of the directly impacted landholders where the mining project is to be located have responded to a survey question and said they want their land mineral sands mining free.

Over 4,200 people have signed a petition to the Legislative Assembly stating their opposition to the mine.

Over 240 local business owners and leaders of community groups have signed a petition to the East Gippsland Shire Council stating their opposition to the mine.

75% (9 of the 12) horticultural business owners from the Lindenow Valley vegetable growing area (an industry worth nearly $200M/year and employing 1,500 people) have signed a letter of 31st January 2019 to Kalbar’s CEO rejecting Kalbar’s Horticultural Impact Study (part of the EES).

A group called the East Gippsland Alliance has formed in opposition to the mineral sands and Benambra mines.

What's wrong with the mine?

Water is a critical issue in the region. East Gippsland has been experiencing extended drought conditions and was heavily affected by the 2019/20 bushfire crisis. 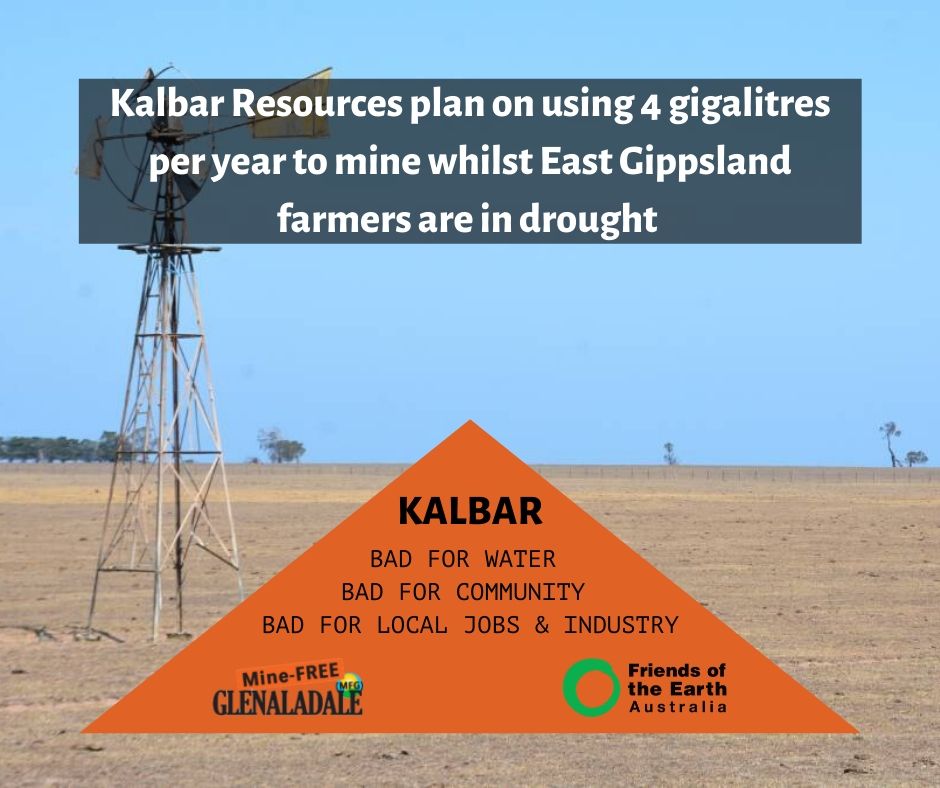 Kalbar Resources plan to use a 'wet' mining process requiring at least 4GL+ of water annually.

If this water was redirected to agriculture, it could employ an additional 1,000 people, as opposed to Kalbar’s estimate of 200 predicted jobs (134 contractors, 67 employees).

The water to be used by the mine will be stored on site using tailings dams. These dams would cover 60 hectares, and have 20m high walls lined with clay.

Tailings dams for the Kalbar Resources project carry a very high risk of leaching and contamination.

The tailings dam will be located very close to the Perry River catchment that feeds into Lake Wellington (part of the Gippsland Lakes) and Providence Ponds (a unique chain of ponds, one of the last of its type in Victoria).

The Woodglen Reservoir which supplies water to about 29,000 homes and 3,500 commercial premises is only 3.5km downwind from the mine.

The mine is located where people live, work and children go to school.

Silica dust is a significant health risk to the local community and mine workers. Silica dust enters the lungs causing the formation of scar tissue, reducing the lungs' ability to take in oxygen. Silica dust exposure is linked to several serious illnesses and diseases, like chronic bronchitis, emphysema, silicosis, lung cancer, kidney damage, and scleroderma.

Locally, tank water is a source of drinking water for human and animal consumption, with the real risk of contamination. 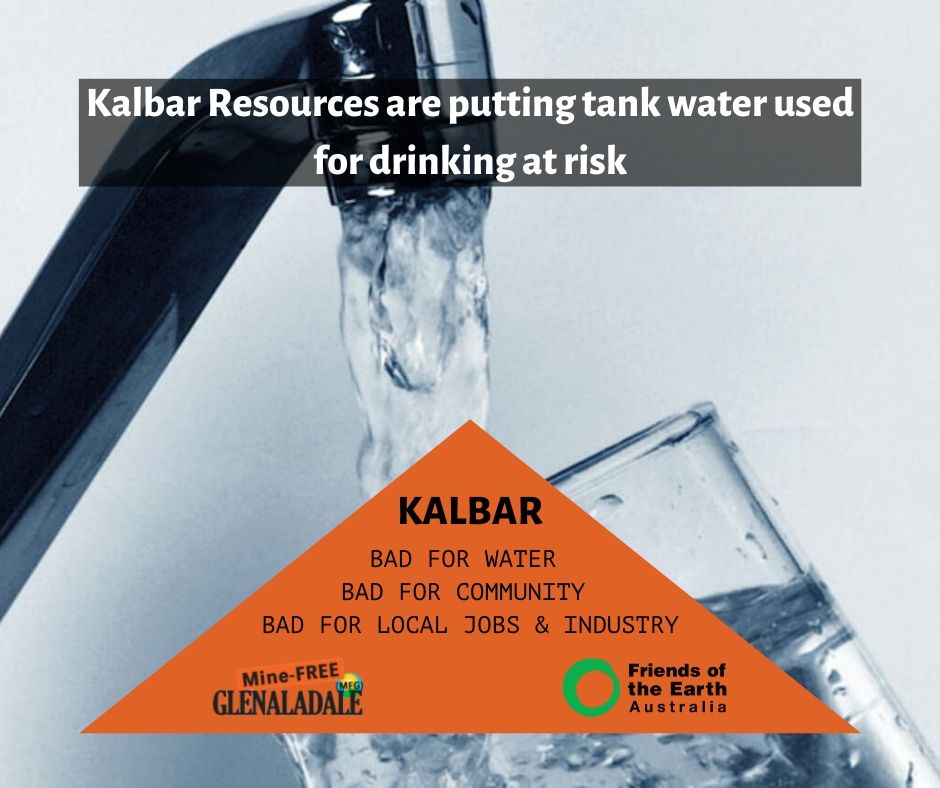 Radioactive and highly toxic substances are going to be mined, yet Kalbar has not released effective data about the content or hazard rating of the ore or of the concentrate. Heavy metals experts say it will contain arsenic, lead, thorium (radioactive), vanadium (associated with reproductive issues), chromium and zinc. Titanium dust is a known carcinogen when inhaled. The world's best practice, Californian EPA standards, have a maximum acceptable level of zero for Vanadium dust.

The mine will produce a concentrate which will be shipped overseas to be processed.

During periods of peak production, this will involve large (80 B-Double) trucks on rural roads both day and night.

Both the mineral concentrate and flocculants used on the tailings are to be transported by road and they are both expected to be hazardous materials. The route for taking the concentrate to port has not been disclosed.

Bad for local jobs and industry

If this water to be used by the project was redirected to agriculture, it could employ an additional 1,000 people, as opposed to Kalbar Resource’s estimate of 200 predicted jobs (134 contractors, 67 employees). 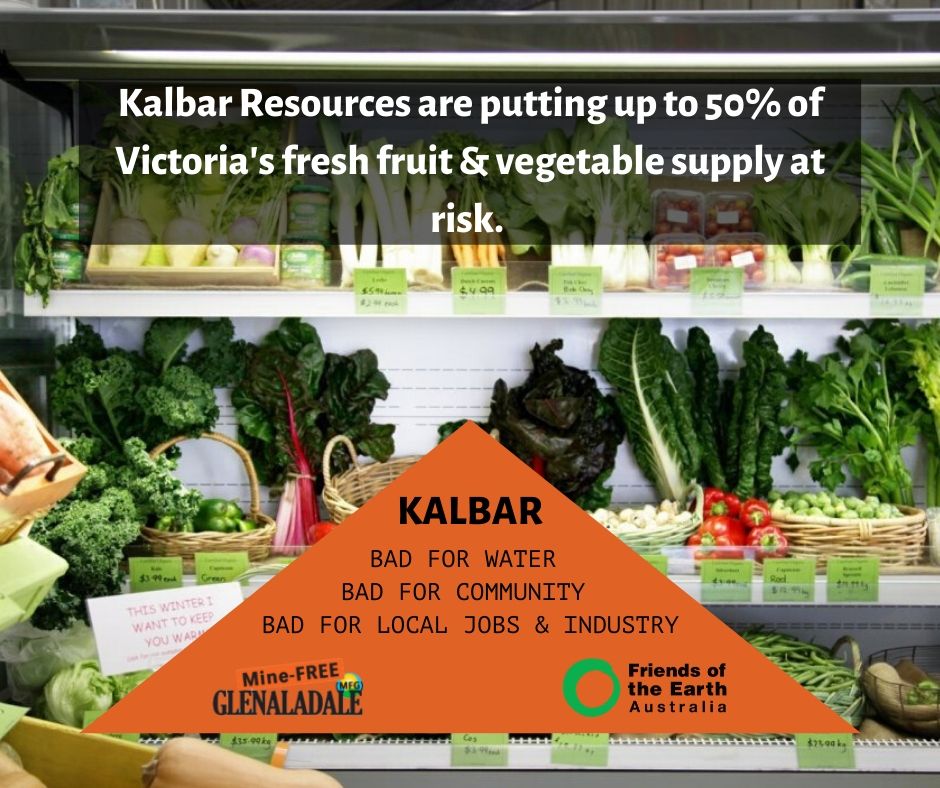 The East Gippsland region is a food bowl that is worth approximately $200M annually, producing up to 50% of Victoria’s fresh vegetables and 20% of fast food giant McDonald’s lettuces nationally.

The minerals they seek represent just 4% of the soil and rock that will be removed.

This means around 96% of the mined material is to be returned to the site and there is a real risk that this will lead to soil contamination.

The proposed plan is to rehabilitate these areas and return them to farming.

There is also a risk of the mine site not being rehabilitated. According to the Australia Institute, only 1 in 150 of mines operated in Victoria has ever been fully rehabilitated. 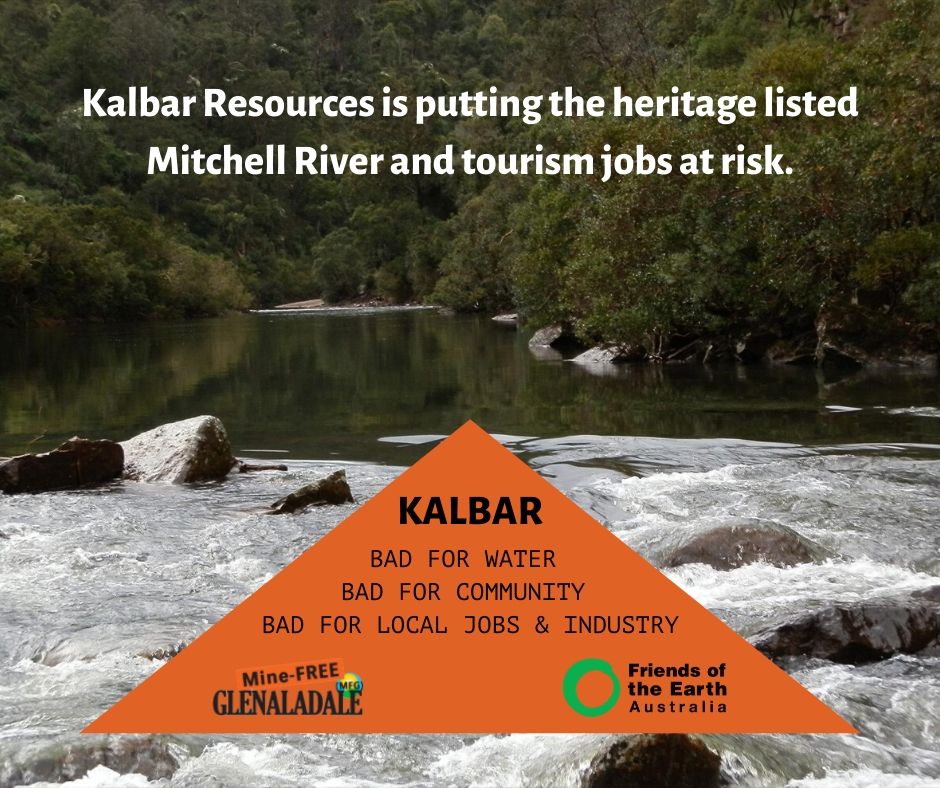 Tourism is the 3rd largest employer in East Gippsland.

The heritage listed Mitchell River is only 350 metres downwind from the mine.

There is a risk that any contamination of the nearby Ramsar protected Gippsland Lakes area would have a huge impact on local jobs and tourism.

How you can support the community

Get the story trending. If talking about the issue on social media, please tag in the Victorian Planning Minister, Richard Wynne, and use the hashtag #StopKalbar

Make a tax deductible donation to help us #StopKalbar.