Friends of the Earth reaction to Glyphosate court case 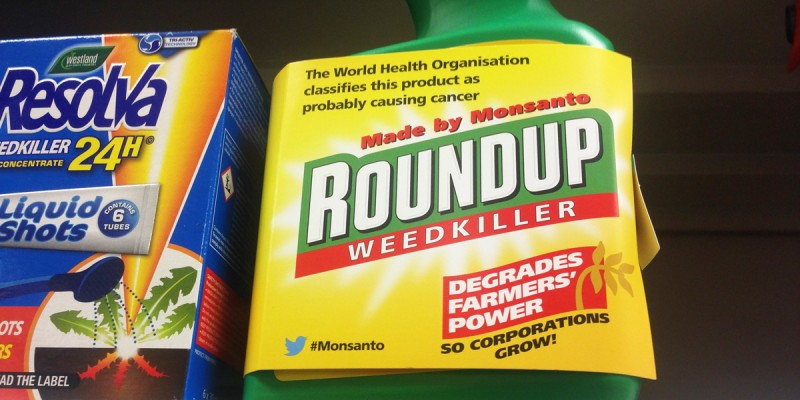 Friends of the Earth Australia today welcomed a decision in the Supreme Court of California to award school groundskeeper Dewayne Johnson US$289million in damages after Johnson took legal action against pesticide company Monsanto.

Johnson was diagnosed with Non-Hodgkins Lymphoma in 2014. His lawyers argued that Johnson’s regular use of Glyphosate, which he used up to 30 times a year in his work, caused the disease. Monsanto is facing 5,000 similar lawsuits across the United States. The jury in the Johnson case deliberated for 3 days before deciding the verdict.

Friends of the Earth spokesperson Anthony Amis said, “This decision sends a clear warning to people regularly using Glyphosate across Australia. If you develop an illness such as Non-Hodgkins lymphoma, that it has now been argued in a court of law that exposure to Glyphosate could be the cause of the disease.

We urge people using Glyphosate to think very seriously about the risks associated with continued use of Glyphosate. We also urge a ban on the use Glyphosate for human health reasons”.

A statement from Johnson’s lawyer Brent Wisner said “jurors for the first time had seen internal company documents “proving that Monsanto has known for decades that glyphosate and specifically Roundup could cause cancer.” He called on Monsanto to “put consumer safety first over profits.”

In 2016 the Australian pesticide regulator the APVMA found no grounds to place Glyphosate under formal reconsideration and found that products containing Glyphosate were safe to use as per the label instructions.  In November 2016 the APVMA then approved the application of glyphosate late on feed or food grade barley crops, potentially increasing food consumers to higher levels of Glyphosate.

“Glyphosate has been detected in food, breast milk, urine and water. Most people’s exposure will come from the food they eat, particularly processed food.  Recent studies have also shown Glyphosate to be toxic at levels far lower than those regulators consider to be safe” Mr Amis concluded.