Protect the Greater Glider from logging 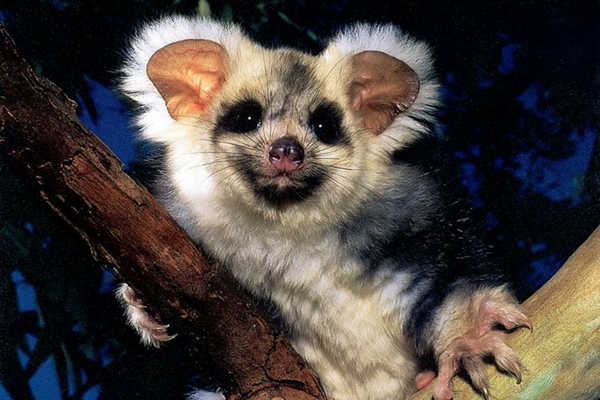 Government scientists have advised Environment Minister Lily D'Ambrosio to issue a conservation order to protect the Greater Glider from logging. The Minister's department has urged her not to follow this advice. Instead the department recommended discussions with the state logging agency for ‘voluntary action’.

Victoria’s Environment Department urged the Environment Minister not to follow the advice of Government scientists to issue a conservation order to protect the Great Glider and instead recommended discussions with the state logging agency for ‘voluntary action’, documents reveal.

The documents released under Freedom of Information to Friends of the Earth affiliate Goongerah Environment Centre (GECO), show the government’s Scientific Advisory Committee wrote to Minister Lily D’Ambrosio in November 2016, describing the Strathbogie Ranges as “an important area for Greater Glider conservation” that had “not experienced the population declines witnessed elsewhere in the state” and asking her to suspend logging in key locations.

TAKE ACTION TO SAVE THE GREATER GLIDER WITH FRIENDS OF THE EARTH MEMBER GROUP, GECO

But the Department told Minister D’Ambrosio she did not “have the power to suspend or halt timber harvesting” and suggested instead that the Minister “if appropriate, implement feasible low impact zoning changes, in consultation with VicForests” as an interim measure.

The Greater Glider is Australia’s largest gliding marsupial. It needs old trees with hollows for its nests.

“Most Victorians would be shocked if they knew that when a threatened species such as the Greater Glider is found in the forest, logging could just go ahead in that area regardless,” said Environmental Justice Australia lawyer Danya Jacobs.

“It is outrageous for the Department to pretend its hands are tied, then recommend consulting with the logging agency rather than following scientific advice to urgently protect the Greater Glider.

“The Department has given the Minister bad advice; there are in fact three different Acts that give the government power to urgently protect Greater Gliders from being killed by logging.

“An Interim Conservation Order is one mechanism Minister D’Ambrosio could use to stop this unique animal from sliding towards extinction,” Ms Jacobs said.

Join EJA & @eastgippyforest in urging @LilyDAmbrosioMP to listen to the scientists and protect the Greater Glider. https://t.co/0pg8EPbuVG

Ed Hill, Friends of the Earth's spokesperson on Forests, said there was an urgent need for the Victorian Government to strengthen protection for Greater Gliders in areas subject to logging.

“In East Gippsland the current protection measures are extremely weak and out dated; across the rest of Victoria Greater Gliders have no protection at all,” he said.

“The existing measures were set 20 years ago, when the Greater Glider was common; now it’s a threatened species.

“The time has come for Minister D’Ambrosio to properly protect the Greater Glider, especially in areas slated for logging,” he said.

Read the article in the AGE here.