Oil Spill in Assam: India: extinguish the fire and clean up the mess now 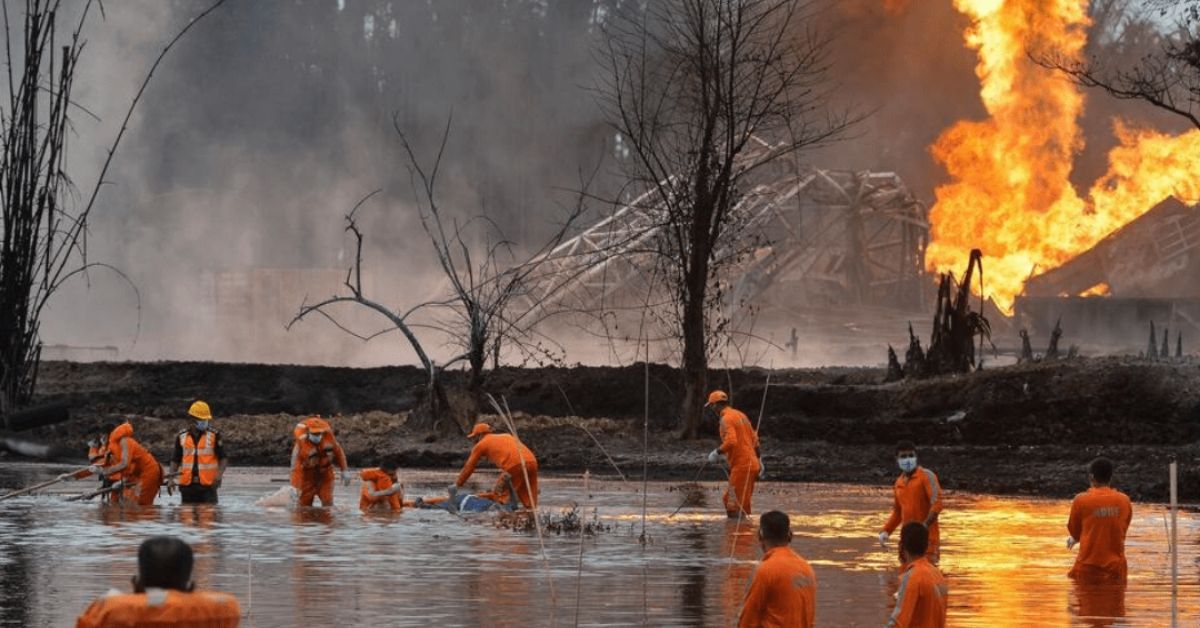 Friends of the Earth Asia Pacific and our allies at Delhi Solidarity Group express our shock and deep concerns regarding the adverse and irreparable environmental and social impacts of the fire and oil spill at Baghjan Tinsukia District of Assam.

On May 27th, 2020, a major uncontrolled release of natural gas and associated oil was reported at the Baghjan Oilfield of Oil India Limited (OIL) in the Tinsukia district of Assam. The incident, reminiscent of the devastating 1984 Bhopal disaster, and most recently, the May 2020 deadly gas leak at a LG Corp Polymers plant in Andhra Pradesh, India, highlights the ongoing pattern of corporate negligence and governmental leniency in India. Since the initial explosion, a continuous leak of gas and oil has resulted in a massive fire that technicians and firefighters are yet to extinguish. Sadly, two firefighters lost their lives while responding to the disaster.

The oil well is situated  near Maguri-Motopung wetlands, located within Dibru-Saikhowa National Park. This well is part of a larger oilfield with an additional 23 drills situated close to the National Park. According to local reports, many wild animals, including approximately 40 river dolphins have died, and the Dibru River is covered in a thin film of oil and is full of dead fish.

Approximately 2500 people from 1610 families and close to 7000 villagers living in the area have been evacuated and are being accommodated in 12 relief camps. However, there is evidence coming from the ground through videos that indicate that there are still people who are left stranded in the fire zone. Many of these people have lost their livestock, agricultural fields, and their harvest. While Baghjan has been the most affected by the blowout due to its proximity to the well, villages located further downstream like Notungaon, Milanpur, Hatibagh, Bebejia, and Barekuri have also suffered. Droplets of condensate (gas condensing after coming in contact with water) have reportedly spread to a radius of 5 km, falling on trees, tea gardens, grasslands, water bodies, and on the roofs of houses.

The Union Ministry of Environment, Forest and Climate Change (MoEF&CC) gave a drilling permit to OIL for seven locations northwest of the Baghjan Oilfield, within the Dibru Saikhowa National Park. Environmentalists and activists across Assam have condemned the Ministry’s go-ahead to OIL. After 23 days of the Oil and Gas leak at Baghjan, the Pollution Control Board of Assam came into action and asked OIL to shut all operations. In the “closure notice,” the PCB said the OIL was operating at the Baghjan Oil Field without obtaining prior consent to establish/consent to operate which was a severe violation of the provisions of Water Act, 1974, Air Act, 1981 as well as Environment (Protection) Act, 1996. The PCB said the OIL was required to take adequate measures to prevent spillage of hazardous wastes into the water bodies through designated drains and treatment facilities, and further to prevent measures to mitigate oil spillage and fire hazards. Three days after directing Oil India Limited (OIL) to shut down all operations in Upper Assam’s Baghjan oilfield, the Pollution Control Board Assam (PCBA) withdrew its closure notice. 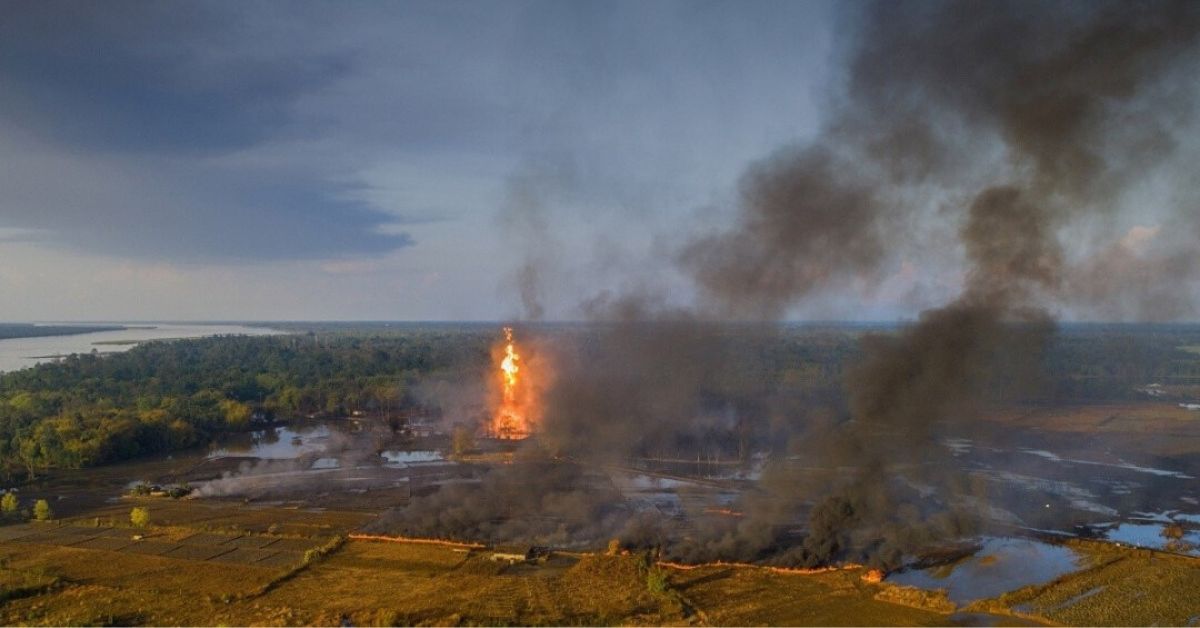 The OIL company has unleashed human rights violations by contaminating the land and water bodies and denying the livelihood of communities depending on rivers and wetlands. The company denies the safety of its workers and local residents. The company has also been responsible for the loss of the National aquatic animal, an endangered species, the Gangetic River Dolphin, and killed several endemic marine species. The Covid-19 pandemic is becoming increasingly dangerous by the day, and the monsoon season, which can cause damaging floods in the state of Assam, is fast approaching. These compounding factors increase the urgency of extinguishing the fire burning in Assam, and further highlight the need to cap the well permanently.

To this effect, Friends of the Earth Asia Pacific joins Delhi Solidarity Group in calling on The Union Government of India to: