In compiling this edition, Chain Reaction asked activists to share their experiences of gender (in)justice and dismantling the patriarchy within the broader environment and social justice movement. Alana Mountain shares her experiences in this Chain Reaction #140 article. 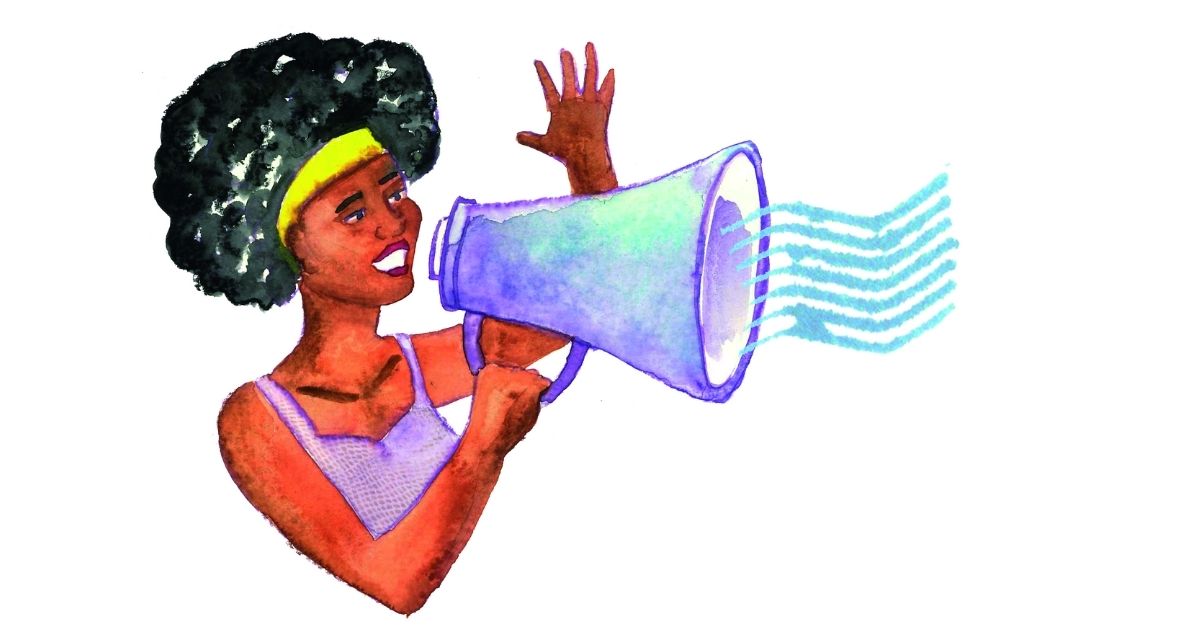 As I begin to write this piece about how gender and environmental injustices are intersectional, memories begin to flood my mind, as well as deeply philosophical positions on how the violence against our earth is a reflection of the violence which has existed within our human race; especially that of women and gender diverse people for thousands of years.

Throughout the years of my involvement in the forest movement, I have experienced some prime examples of gender violence as well as bearing witness to my friends subjected to the questioning of their gender by loggers. At one of my first blockades in East Gippsland, I was berated by a male logger. He was very angry when he arrived at 4:30am to an established camp and a tree-sit connected to a tripod, lashed to the gate. He walked through screaming and kicking things. He picked up my camp chair and threw it into the fire. I had a flashback to this Australian children’s book I used to read about the Yowie’s. His behaviour was akin to the evil earth eating gremlin in a fit of rage, hellbent on getting his way.

Later throughout the morning, he continued his taunts and foul commentary. He told me that he bet I was “f*cking all the men at camp”, that I was the “camp whore”. I arked up at him and said you are being disgusting and your commentary is out of line. He then proceeded to tell me I was a “moody b*tch and you are probably on your rags”. Without knowing me, this man, with a strong sense of entitlement to destroy our native forests which sustains life on our planet, had used language which was extremely misogynistic and degrading. He referred to my sacred bleed as “rags” and called me a whore….all because I was there to take a stand against the destruction of the environment.

Later on in the week, when I was in town picking up supplies, he stalked me in a supermarket yelling things up and down the aisles. Luckily I possess an inner strength that cannot be shaken by some pathetic toxic male flexing his ego. I think it angered him more that I wasn’t afraid of him. A young woman, standing in the way of him and his criminal job, unflinching to his anger. His only tool he could think of to deploy against me....When there is a lack of education, you find that violence is a tool drawn upon to assert your dominance. I doubt these loggers are enrolled in behavioural violence or de-escalation workshops facilitated by VicForests.

I have been sworn at, kicked, berated and stalked.

I have had a giant log truck driver purposefully drive into me and another woman. All of this was carried out by men. When you take a look at the statistics in Australia, of how violence occurs against women, it is no surprise it exists and extends to the logging community. Here we have people, violently destroying mother nature and when confronted with opposition, they are violent. Violence breeds violence. And toxic masculinity within the logging industry breeds violence against women and gender diverse people.

I have sat around many campfires and listened to stories of people who have encountered similar experiences. These conversations are so important to have, to share, to expose the nature of those who are responsible for killing our planet as well as support one another through it to heal. Most of the time, this behaviour goes unchecked and unreported to police as they do not care for protestors and rarely listen to the voices of women or gender diverse people who experience abuse. There is so much prejudice and ignorance occurring within our systems of governance towards gender and environmental crimes. To take a stand and band together against both is to dismantle the patriarchy, to challenge the system that oppresses us and our voices calling for an end to the violence against our planet and our people.

I remember reading a book with an ancient Hopi prophecy that says, "when the women give their blood back to the earth, men will come home from war and earth shall find peace.” I think back to the comment of the logger, about my sacred bleed being ‘rags’ to him. How this creation of damaging language has been used to oppress and shame women, their wisdom and the potency of their bleed. How this intersects with the forest movement and other labels and descriptions which have been created to make out every day people, with jobs, intelligence and passions to be ‘dole bludging hippies’. Expressions created by men to oppress people and their wisdom who love and care for the earth.

When we generate conversations around the sacredness of the earth, around dismantling patriarchy and fighting environmental vandalism we are also creating unity and inclusivity amongst us. Men, women, non-binary, gender fluid and diverse….it doesn’t matter what you identify as because we all are just humans fighting for our mother and fighting to reclaim the earth as our temple to express and explore our human-ness.

When we create safe spaces at blockades or activist training events, we address and educate one another about gender, sexual and reproductive health, mental wellbeing, First Nations justice, sustainability and the list goes on. We practise non-violent direct action because we are educated that there are better, more productive ways to fight for what you believe in! Our core principles and human values surrounding how we treat one another intersects with our values of how we treat and fight for the earth ….again because we know that violence breeds violence.

I'm sitting on Tuangurung country currently, and there is logging occurring only 50 minutes from me. My understanding of how our First Nations people connect to spirit and the land guides me and brings me home to myself. Reminiscing on my days of forest activism, my dream has remained consistent: and that is to witness people come into a deeper space of reverence for our planet. I want to see them honour this connection and allow it to ignite a flame within. To become a torchbearer out of the darkness of how we have come to exploit the natural world. To rewrite the narrative of the human race, to heal our lineages. To deconstruct the constructions of over 5000 years of oppressive patriarchy. To extinguish harmful language and violence supported by our governments when they continue criminal industries unchecked.

When people are permitted to exist free from hatred for being different and without constantly being persecuted for defending their basic human rights, when we are free to exist equally and safely on a thriving, healthier planet, that is when we shall have justice.

Alana Mountain is an avid forest activist in so-called Victoria living on Wurundjeri country. She is also a healer and womb witch.