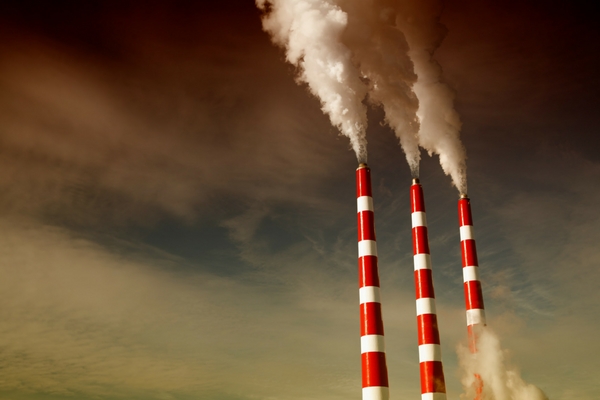 An international coalition of civil society organisations has written to SMBC, Mizuho and MUFG, warning of the risks associated with financing the 1,200MW Nghi Son 2 coal-fired power plant in Thanh Hoa province, Vietnam.

The project is sponsored by Marubeni and the Korea Electric Power Corporation (KEPCO). SMBC, Mizuho, MUFG and the Japanese Bank for International Cooperation (JBIC) feature among the lenders reported to be seeking to finalise key financial agreements by the end of March.

The Nghi Son 2 environmental impact assessment (EIA) reveals the plant to be making use of out-dated technology which would result in extremely high pollution levels.

Nghi Son 2’s average emissions intensity is 890g CO2/kWh, which exceeds international standards to be classified within the same range as supercritical plants under the OECD Sector Understanding on Export Credits for Coal-Fired Electricity Generation Projects (within 750 to 850 gCO2/kWh range).According to the organisations, the plant’s environmental impact assessment (EIA) may contravene Vietnamese law, bank policies and, international commitments under the Equator Principles which form the minimum standard for providing project finance.

SMBC, Mizuho and MUFG are all signatories of the Equator Principles.

Adding further pressure on Japanese lenders, UK-based lender Standard Chartered has announced a review of the project due to high pollution levels.

“The planned coal-fired power plant would generate twice as much CO2 per every unit of power generated as the average generating plant in Vietnam. Financing projects that make power generation more polluting, at a time when investments need to be urgently shifted to clean energy, would be the height of irresponsibility.” said Lauri Myllyvirta, Greenpeace’s Coal and Air Pollution Expert, who estimated the emissions intensity using information in the EIA.

Further analysis of the EIA has led raised questions about whether local communities were consulted, and whether the project sponsors have taken into account the cumulative impacts of other projects in the area, including another coal-fired power station and the Nghi Son oil refinery and petrochemical project.

It is also unclear whether any alternatives fuel or energy sources were considered, a requirement of the Equator Principles where a project has expected annual emissions above 100,000 tonnes of CO2.

Shin Furuno, Divestment Campaigner 350.org Japan: “As stated in recent Recommendations of the Advisory Panel to the Japanese Foreign Minister on Climate Change, Japan’s major banks should join their international peers and ‘take a leading role in realizing a decarbonized society and create a new economic system’ by promoting responsible investment in line with the Paris Agreement. SMBC, Mizuho, and MUFG could lead the way by freezing any new investments in coal, and instead shift their investments toward renewable energy development in Vietnam and other emerging economies ”

Hong Hoang, Executive Director, CHANGE Vietnam stated: “Vietnam should not be subject to pollution just because some countries want to sell their outdated fossil fuel technology. Our country should have the opportunity to develop with clean energy.”

Julien Vincent, Executive Director of Market Forces, said “If SMBC, Mizuho and MUFG finance this dirty coal-fired power plant, they might as well revoke their membership in the Equator Principles. Moreover, if the world’s governments, including the Japanese, are prepared to support the Paris climate change agreement, then the same countries’ financial institutions should act in a way that is consistent with its aims. That means ruling out new dirty coal power projects like this.”

This media release was published by Market Forces a Friends of the Earth Australia affiliate member.