In compiling this edition, Chain Reaction asked contributors to share their experiences of gender (in)justice and dismantling the patriarchy within the broader environment and social justice movement. Auntie Rissah Vox shares her experiences in this Chain Reaction #140 article. 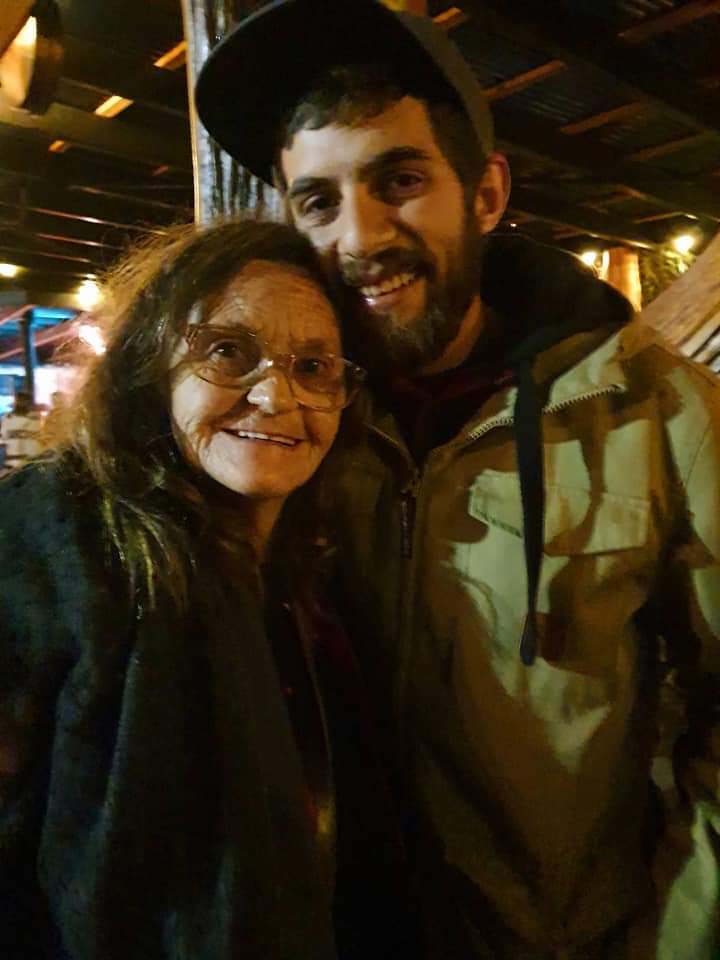 My Grandson Jari was a victim of domestic violence over a four year period. He was eventually murdered by his on-again off-again partner who ran him over whilst drunk driving at 110km/hr, in a 50km/hr zone outside Huonville High School (Tasmania).

Jari was born here in Tasmania. But his paternal Grandmother’s Country is the Wemba Wemba peoples on the country known as North Western Victoria.

The legal process has been flawed from before Jari was killed.

A month before Jari was murdered the woman attacked Jari with a knife whilst he was holding his four year old son. The police attended, and took Jari and his son to his mum (and my daughter), Faith’s, place citing “There’s a disturbance at the house and it is best if Jari and his boy stays at his mum’s until the perpetrator has calmed down.”

We realise now that is seems when men are the victim in a domestic violence situation, cops list is as a “disturbance”, not “domestic violence”. Hence the lack of services and support specifically for men dealing with family violence.

The night the woman attacked Jari the police did not do a mandatory child protection order (there were other children in the house). Nor did the police gather evidence from that night, because months later Faith found the slashed pants Jari had been wearing that night, folded neatly in a drawer in the room he used to sleep in.

So these two things – the lack of child protection notification, and not gathering evidence – have been addressed to the Integrity Commission in Tasmania, and the Commission has agreed there has been a case of misconduct by Tasmanian Police.

I see it as obvious that violence has no gender, and I would like to see more service and support available for people of all genders who are surviving through domestic violence.

In regards to colonisation? Well, we live under an invaders law.

The legal processes since my Grandson’s death has further traumatised my entire family, and members of our community. The legal process is flawed and obviously corrupt. The woman who murdered my Grandson received just seven months jail all up for: driving dangerously, driving three times over the limit, leaving the scene of an accident, plus 122 breaches of family violence orders and two assault charges. If this woman had murdered my Grandson pre-invasion, well justice and payback would have been dealt with by now. There law and there’s Lore.

Since Jari died we’ve come to realise that although Jari was a man, in being a victim of domestic violence he was gender oppressed. The legal process has trouble recognising this, and there is little support for men experiencing gender violence.

Normally I wouldn’t write about “men” or “women” because I know there’s more genders. But Jari was a young man, and this is why my daughter and myself are talking about the gender imbalance in the justice system when it comes to men experiencing domestic violence. I am very aware that violence has no gender. Ok.

Auntie Rissah has been a peacekeeper for the Aboriginal Tent Embassy on and off the parliamentary triangle for 16 years. Jari was her eldest Grandson.

This article was first published in Chain Reaction #140.