A recent visit to South West Victoria has deeply troubled Friends of the Earth. Perhaps the most haunting image of the crisis facing koalas in the region was a mother and baby holding on to a dead bluegum plantation tree, as Wedge Tail Eagles circled overhead. Thousands of similar scenarios are playing out across the region at present time. The plantation in question had been logged about one year ago. [The animals of concern appear to have survived as they were not present in or around the tree the next morning]. 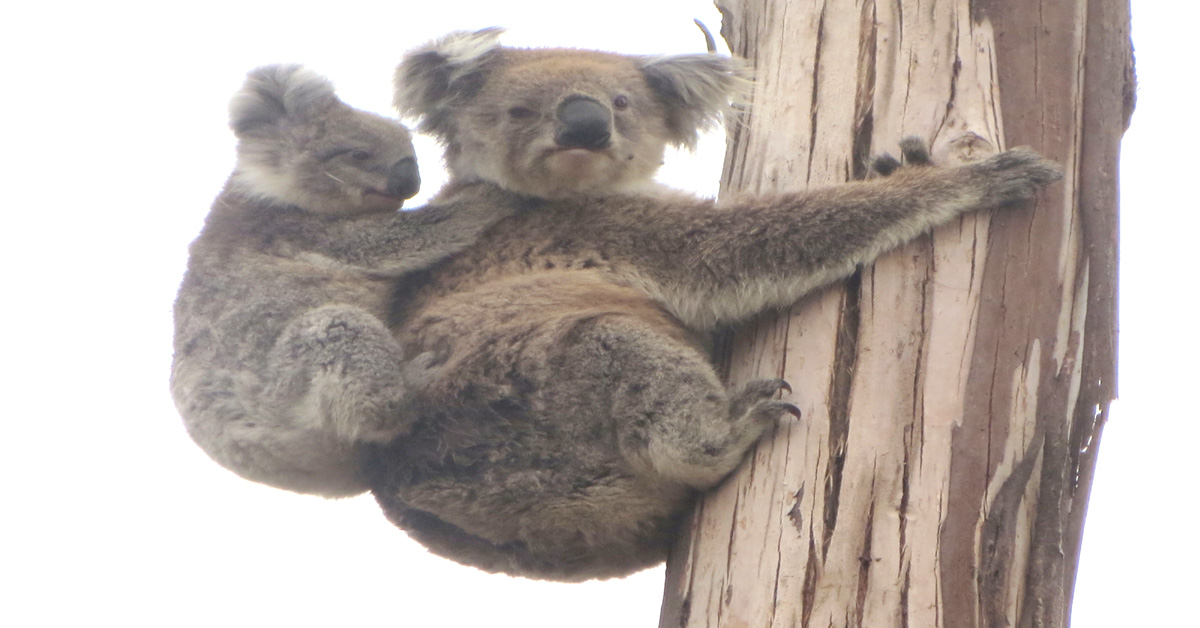 Last weeks discovery of hundreds of dead and starving koalas near Portland is likely to be repeated across the region. Tens of thousands of hectares of retired bluegum plantations are currently being converted back to farmland across the region. The culprits of last week's "Koala Massacre" may not be the only landholders in the region responsible for koala deaths. Bluegum plantation companies generally leave a very small proportion of their plantation as habitat trees. This isn't always the case with private landholders, who have also been observed poisoning thousands of coppicing bluegum trees. 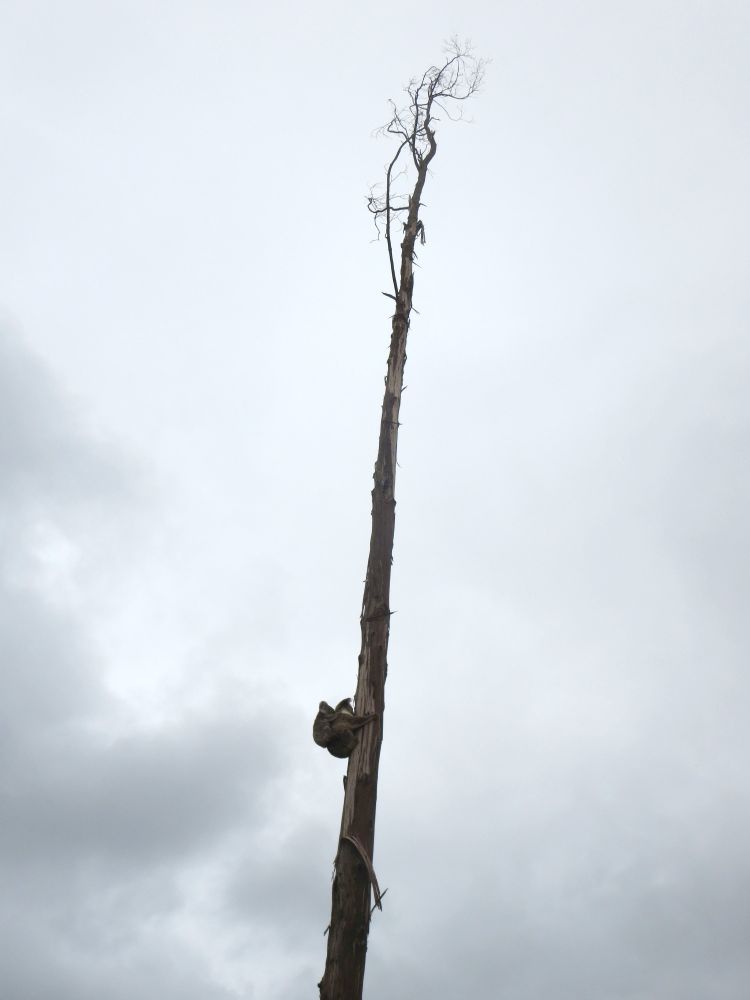 Mother and Baby koala cling to life on a dead bluegum tree near Heywood. 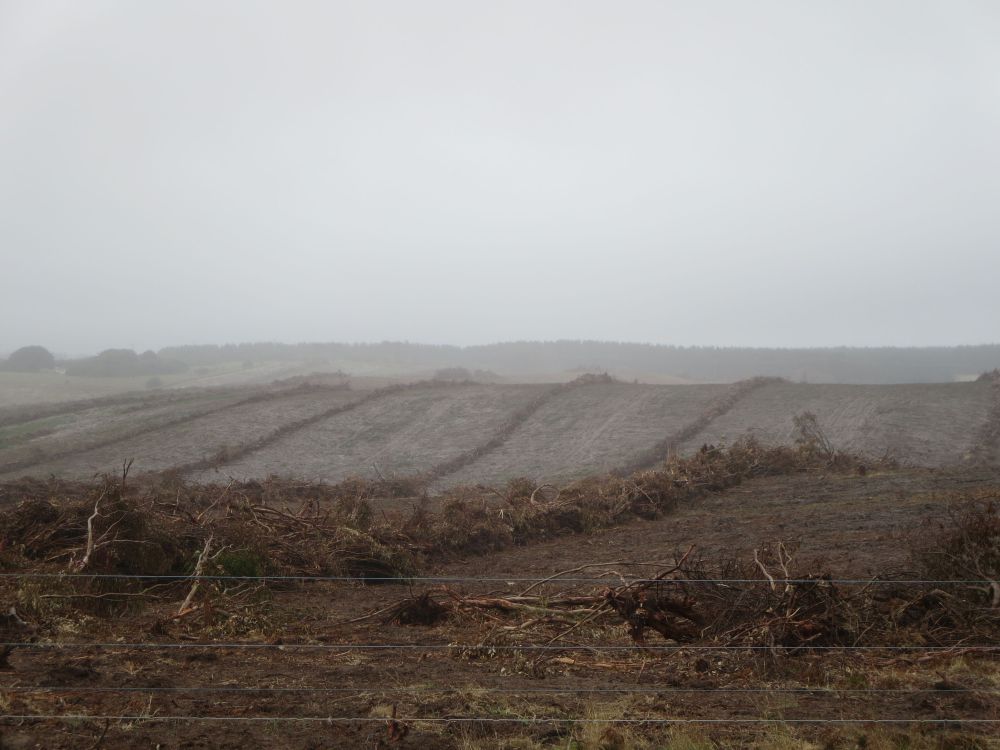 Last weeks clearing of a logged bluegum plantation near Cape Bridgewater is not likely to be the only koala massacre location.

Remnant vegetation along roadsides near plantations and in the plantations themselves appears to be dieing due to overbrowsing by koalas. The recent koala disaster in 2015 at Cape Otway where hundreds of translocated koalas had to be euthanised, due to overbrowsing could be repeated across a much larger landscape of South West Victoria in the very near future. The Victoria Government needs to come up with an action plan immediately to stop untold suffering to thousands of animals. The major causes of the problem are 1) A pathogen free translocated koala population and 2) Planting of 170,000 hectares of koala feed in the form of bluegum plantations. 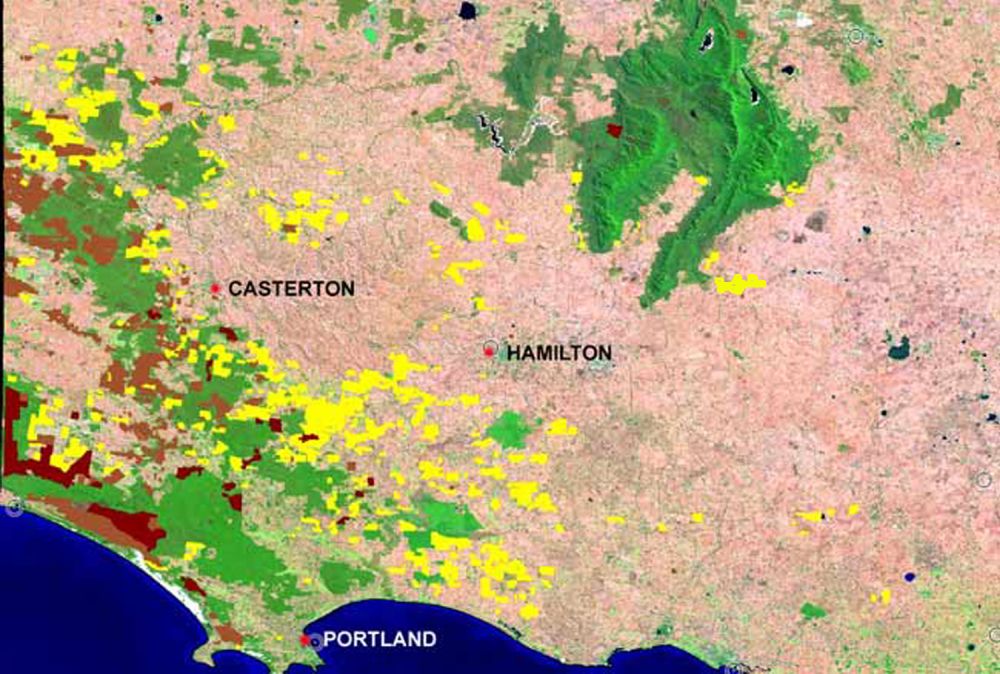 Friends of the Earth understands that up to 2000 koalas may have already been "rescued" from plantations since 2013 and released back into remnant vegetation. This relocation may only be the beginning, as ten of thousands of hectares of bluegum plantations will be logged over the next couple of years. Is there enough remnant vegetation of suitable species type that will possibly have to accomodate another 5,000 - 10,000 koala rescues over the next decade? Friends of the Earth also witnessed at least 20 koalas killed on highways. Residents in Portland and local farmers are already raising concerns about koala numbers.

Also check out what else we have been doing. Any donations go along way.