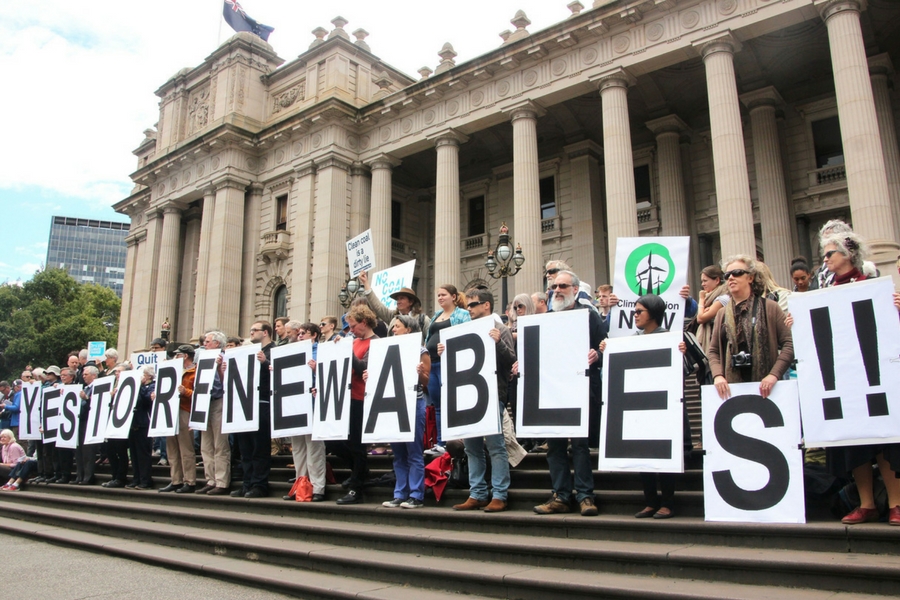 Big energy companies have sought to "open up" Victoria to onshore gas drilling and fracking--putting prime farmland and water resources at risk. Regional communities around the state have said "no" to risky unconventional gas extraction.

On the other side of the coin, the Federal government has sabotaged our renewable energy sector by cutting the national Renewable Energy Target by 20%. The federal government's attack on renewables has resulted in a 90% decrease in investment and 2,500 people losing their jobs.

In the first half of 2016, the Victorian government will need to decide whether to lift the current ban on onshore gas drilling. They will set the state Renewable Energy Targets for 2020 and 2025 (the VRETs).

The community has waited too long for the Parliament to resolve these issues.

Join us on the steps of the Victorian Parliament on the first sitting day of 2016 to put the ban on onshore gas and call for ambitious Victorian Renewable Energy Targets on top of the political agenda.

Meet at 11:30am on the steps of Parliament House on Spring St in Melbourne. Speakers from 11.45. Photo event at 12:10. Speakers to be announced shortly.

We need the Andrews government and Parliament to stand with the community on onshore gas and renewable energy.

It's time to put an end to the uncertainty hanging over communities from gas development. And it's time grow renewables to see more wind farms and solar built, grow jobs, and cut pollution.

CONTACT
Leigh Ewbank · [email protected] · 0406 316 176
If your group wants to support the rally, please send your name and logo to Leigh. 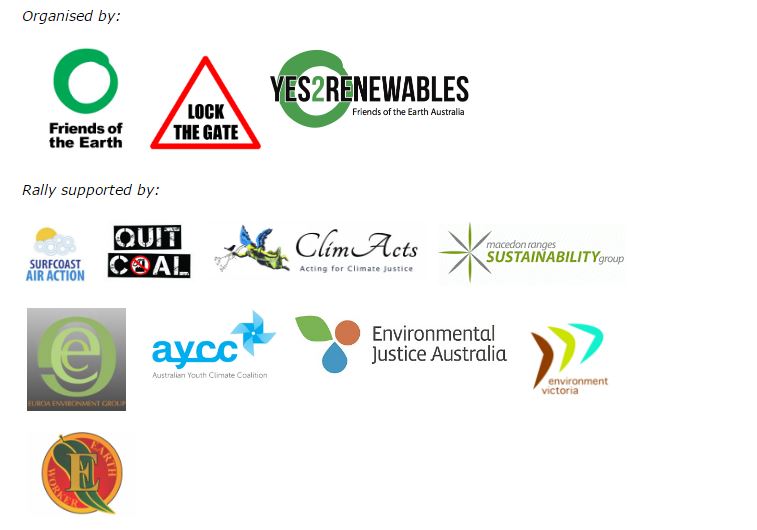