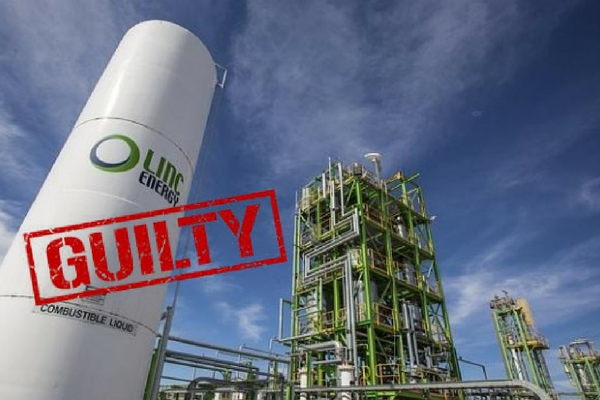 Queensland energy company, Linc Energy, have been found guilty of polluting a significant part of the Darling Downs at their underground coal gasification facility.

For several weeks Linc Energy has been on trial in the Brisbane District Court on five counts of willfully and unlawfully causing environmental harm between 2007 and 2013 after allowing toxic gas to leak from its operations.

According to news sources, the jury was told the company had allowed hazardous contaminants to spread, even after scientists and workers warned about gases bubbling from the ground. On Monday the 9th April they were found guilty.

The Queensland government had already responded to this disaster by banning Underground Coal Gasification in 2016.

However, this technology is not banned in other states or territories. There are currently plans to fuel a power station in the South Australian outback town of Leigh Creek through "in-situ gasification" (UCG).

TAKE ACTION>> It’s time to build on the momentum of this Queensland ban by instating a national ban on this dangerous practice.

There is no room for this dangerous, high emissions technology in a forward thinking country.

Environment Minister, Josh Frydenberg, has the power to act to ban this dangerous technology - and he needs to act now!