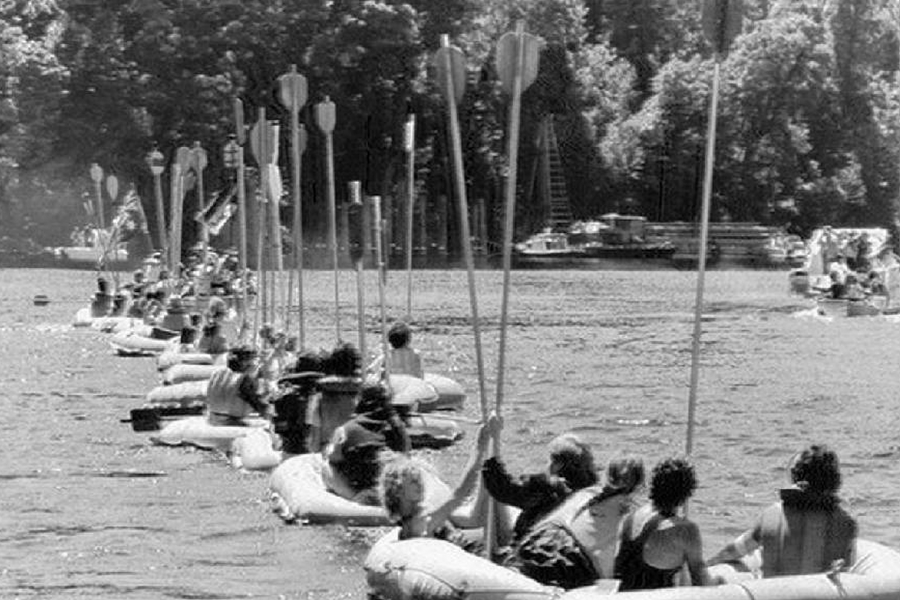 Key Australian environment groups today called on the Federal Environment Minister, Mr Greg Hunt, to reject recommendations of a report of an inquiry into the charitable status of environment groups. The CEOs of WWF, The Australian Conservation Society, The Wilderness Society, Greenpeace Australia Pacific, Friends of the Earth and the Nature Conservation Council of NSW issued the following statement on behalf of the Places You Love alliance:

The Report of the Inquiry into the Register of Environmental Organisations correctly recognises the enormous contribution environment groups have played in safeguarding Australia’s precious yet fragile environment, protecting icons from the Great Barrier Reef to the Franklin River.

However, the report contains a number of deeply flawed and dangerous recommendations, including an arbitrary requirement to spend a quarter of donor funds on ‘environmental remediation’ and a draconian attempt to clamp down on the type of work organisations conduct.

This flawed Inquiry, initiated by the Abbott Government and driven by a small handful of conservative MPs with the support of the mining industry, failed to uncover any evidence to justify removing the charitable status of any environment group.

We welcome the dissenting statements made by Liberal MP and committee member Jason Wood, raising significant concerns about the two most dangerous recommendations. (*See excerpts below).

We have identified two highly flawed and dangerous recommendations in the report.

The recommendation requiring environment groups spend at least 25 per cent of their supporters’ hard-earned money on ‘environmental remediation’ is ludicrous, imposing a huge bureaucratic burden on both the government and organisations, particularly small groups working with local communities. In Canada, the same policy experiment failed dismally, creating enormous red tape with no resulting public benefit.

The public understands that protecting the environment is about much more than planting trees. Campaigns to help protect places like the Kakadu, the Franklin River and the Great Barrier Reef, and stop massive coal mines, are equally if not more important.

Environment groups should be free to pursue a range of activities, from scrutinising policies and laws, to challenging planning decisions and being a public voice for the environment to prevent future damage.

The recommendation that environment groups be sanctioned for encouraging illegal or unlawful activity is ill-motivated and unfair. Civil disobedience is an important part of a healthy democracy, successful in saving many precious places from the Franklin River to the Daintree Rainforest. The Federal government should instead be pursuing illegal activity by big business, from corporate tax-evasion to mining and logging companies’ regular breaches of environmental and planning laws.

On Recommendation 5: 25 per cent remediation

“I have concerns about [recommendation 5] as there are a number of groups with deductible gift recipient (DGR) status or future groups that want to apply for DGR status that would have no remediation work or would find it very difficult to prove the 25 per cent target.”

“..it should be noted that it was due to environmental activists, through their efforts and through the use of a blockade, that major environmental disasters have been prevented. An example would be the Franklin River in Tasmania, where many activist groups openly supported campaigns to stop the damming of the river. These protests, which were actively supported by environmental groups, would be prohibited under this recommendation and history would now show  that, if it was not for these protests and national awareness, the World Heritage Franklin River would have been dammed.

Report available here, including a dissenting report by Labor members.