This is a statement by Dame Meg Taylor, Secretary General of the Pacific Islands Forum, delivered at the Blue Pacific Futures Webinar on 3 November 2020 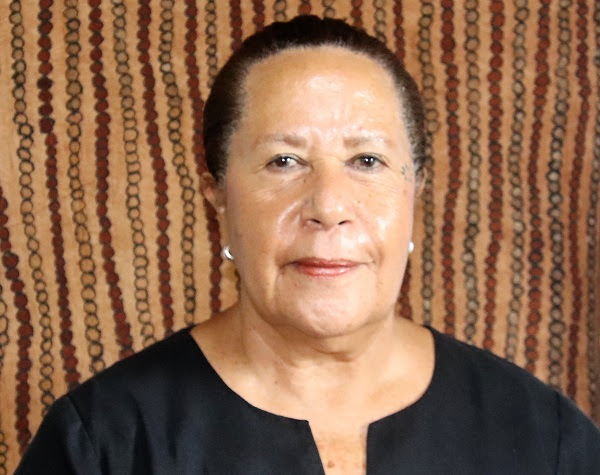 Good morning from the Forum Secretariat in Suva.

I am very pleased to join you all this morning at this inaugural Webinar Series on Blue Pacific Futures.

To begin my reflections, allow me to introduce, very briefly, the Pacific Islands Forum and Pacific Regionalism.

The Pacific Islands Forum grouping comprises 18 Members made up of independent and self-governing states as well as territories.

Indeed, this is the pinnacle of a much broader regional architecture that underpins, operationalises and progresses regionalism in the Pacific region. The Pacific Islands Forum is representation of our collective effort, as one Pacific region, to advocate our priorities and progress our regional positions within the broader global context.

The beginning of the Pacific Islands Forum

One could say that the Forum was birthed out of political frustration – a frustration of the independent Pacific Island States who wished to have greater autonomy and authority in discussing political matters that concerned them collectively, including regional development.

Indeed, Ratu Sir Kamisese Mara, a founding father of the Pacific Islands Forum, eloquently recounts the rationale for the establishment of the Forum in his Memoir, The Pacific Way.

Riding on the coat tails of this new found regional identity was the success of regionally coordinated pursuits on matters that were important to the region – the establishment of a nuclear free zone in the Pacific through the Rarotonga Nuclear Free Treaty in 1985 and the successful conclusion of the negotiations on the Law of the Sea, to name a few.

In its near five-decade history, the Pacific Islands Forum has continued to shape and guide Pacific regionalism, including its efforts at regional integration. This journey has not been easy and indeed, it has registered successes as well as failures and still, we continue to work together to identify issues whereby our collective voices will ensure its successful progression.

We continue to demonstrate collective efforts in areas that are pertinent to our development as a region, including in the areas of trade, sustainable economic development, social inclusion, governance, human rights, self-determination and security. On sectoral issues, one of the key focus areas is fisheries.

Situating the Pacific Islands Forum within the global context

From a global perspective, it is easy to question the relevance and ongoing value of a collective grouping such as the Pacific Islands Forum, given its size and characteristics. It is also easy to overlook the significance of the Forum when compared to the might of other regional groupings such as the European Union, the African Union, the Association of South East Asia Nations and the Caribbean Community, to name a few.

However, to do so would be a grave mistake. The Pacific region is nestled between some of the world’s largest economic powers. Together, Pacific nations are custodians of the largest and richest Ocean resource in the world – the Pacific Ocean. Indeed, it is on this very resource, that the Pacific Islands Forum has galvanised and reinvigorated its collective solidarity since 2017 under the Blue Pacific Identity.

Historically, the Forum has demonstrated its importance as a strategic asset amidst the geo-politics and tensions at the global level. Indeed, some would offer that the 1987 Multilateral Treaty on Fisheries between Pacific Island Countries and the United States (the US Treaty) was concluded as a result of increasing Russian interest in the region during the Cold War. Perhaps, an indication of how the region would drive competing external interest in the region, in years to come.

Assuming the role of Secretary General to the Pacific Islands Forum

With that context in mind, allow me to turn to the present and Pacific regionalism as we know it, today.

What the 2013 Review had found was that Pacific Regionalism had “lost its politics” and that the entire regional agenda was now driven by technocrats and that “citizens’ voices about the kind of Pacific that is emerging are not being heard in the absence of coherent, effective, regional governance.”

Therefore, my work was clear – I had to:

What ensued from these two tasks were a range of activities which, taken together, were to effect what was recommended through the 2013 Review of the Pacific. We instituted a gradual yet systematic change to the Forum Structure, through (in no particular order):

a. To achieve this, formal spaces were established on the margins of standing Forum Meetings for our civil society to have a voice and feed into the discussion of the Forum Members at both the Ministerial and Leaders level.

b. The Kainaki Lua Declaration for Urgent Climate Action Now (2019)

Whilst we worked on these key initiatives within and amongst ourselves as the Pacific Islands Forum, around us, we were beset with unparalleled geo-strategic interests which were beginning to permeate throughout the region and in the bilateral and regional relationships that were being pursued in and by the Pacific region.

In 2017, Samoa assumed the role of Chair of the Pacific Islands Forum and with that, it set a new impetus for collective action in the Pacific through the Blue Pacific identity.

Indeed, to strengthen our claim to the Blue Pacific identity, we must ensure that we are able to secure the Blue Pacific Continent for us and for our future generations. In effect, we must formalise our boundaries as provided for under the 1982 Law of the Sea Convention.

Work has also begun in the region to ensure that Members maritime zones are set into perpetuity and once delineated, cannot be challenged or reduced, particularly as a result of sea-level rise and climate change.

I am of the firm belief that our identity secures our collective home – the Blue Pacific Continent, which is designated by our Exclusive Economic Zones that cover over 40 million square kilometres.

With these foundations in place, the region now works towards the 2050 Strategy for the Blue Pacific Continent. As mandated by Leaders in 2019, this Strategy comes at an opportune time and will inform the region’s trajectory over the next three decades. At its core, the 2050 strategy is about securing the future and development aspirations of our Blue Pacific and recognises that this will require strong, regional collective action and aligned support from our international partners.

Regionalism Challenges in the 21st Century

The challenges to regionalism that I observed coming into the role of Secretary General has since been severely altered as a result of the COVID-19 pandemic. However, I will offer a few thoughts on the matter:

Indeed, some have commented that the suspension of Fiji, as a Member of the Forum, in 2009 had resulted in the increased prominence of sub-regional groupings in the Pacific region, including the Melanesian Spearhead Group and the Pacific Small Islands Developing States grouping. A consequence of this was the perceived demise in the relevance of the Pacific Islands Forum.

Whilst it reinforced the urgency with which to implement my two key taskings, as set out under the 2013 Review, I grew to appreciate the role of sub-regional groupings and their purpose. We could not have achieved our collective positions in climate negotiations without them.

We continue to navigate with the increasing external interest in the Pacific region, coupled with the increasing preference for bilateral engagements and relations to support national priorities and positions. These serve to further divert interest in a collective Forum-wide approach to development-oriented partnerships with our Forum Dialogue Partners.

Whilst bilateralism is important, the collective can be the powerhouse of external engagement and diplomacy.

In recent years, we have begun to see global politics play-out in the regional context. The increasing yet quiet presence of China in the Pacific has triggered a range of Pacific-focused strategies and aid programmes in our region. These sentiments are not a secret and indeed, Pacific Leaders have commented on the ongoing tussle quite publicly.

At the end of the day, Pacific Leaders will manage these competing interests and leverage opportunities that will benefit their nations.

However, moving forward, the regional security landscape, as with other key sectors, will continue to be shaped now and into the immediate future by COVID-19.

Climate Change is the single greatest threat to the livelihoods, security and wellbeing of the peoples of the Pacific.

It is, by far, the largest and most influential trigger of regionalism and collective action in recent years and has triggered strong advocacy efforts the world over and has catapulted the Pacific region to the forefront of international politics and advocacy. Perhaps one of my most memorable events of strong, coherent and coordinated Pacific advocacy would be the region’s efforts at COP 21 in Paris, France in 2015.

However, to be frank, climate action also continues to be the most challenging of regional initiatives. Admittedly, whilst it should be the one issue that everyone is committed to, the balancing of contrasting views on climate action and advocacy continues to be a challenge. As a consequence, we continue to see how Members utilise various forms of regional groupings to progress and advocate priorities at the global level.

However, moving forward to 2019, we have seen the political settlement of what has become the strongest political declaration on climate change by the Pacific Islands Forum – the Kainaki Lua Declaration on Urgent Climate Action Now.

I offer these views as mere observations from my tenure as Secretary General.

To conclude, regionalism is not an easy task – to balance the differing views and positions of 18 Members who are quite different in political, economic and social characters is an onerous task.

Regionalism is a long game – the fruits of your labour are not immediate but they will eventuate if we continue to remain committed to it and its ideals.

At the end of the day, we must remain true to our commitment to our people, our countries and our region. If we serve in their interest, than we will come out better for it in the end.

Finally and perhaps most importantly, regionalism can only work if we have strong Leaders who remain committed to this ideal. Leadership is absolutely crucial to the prosecution of regionalism in the Pacific region – history has indeed confirmed this. The strength of the collective is very much dependent on the appetite of the political leadership to continue to commit to regionalism.

Whilst you are here, please make a tax deductible donation. Friends of the Earth relies on donations from people like you to keep running campaigns for social and environmental justice.
Donate now
Climate Frontlines