News is filtering through about the destruction of a mining camp owned by Hanrine Exploration in Ecuador on August 25. Hanrine is a subsidiary of Australian Billionaire Gina Rinehart's Hancock Prospecting. Hanrine has been operating in Ecuador since 2017 and the company has encountered a number of very serious problems during that time. 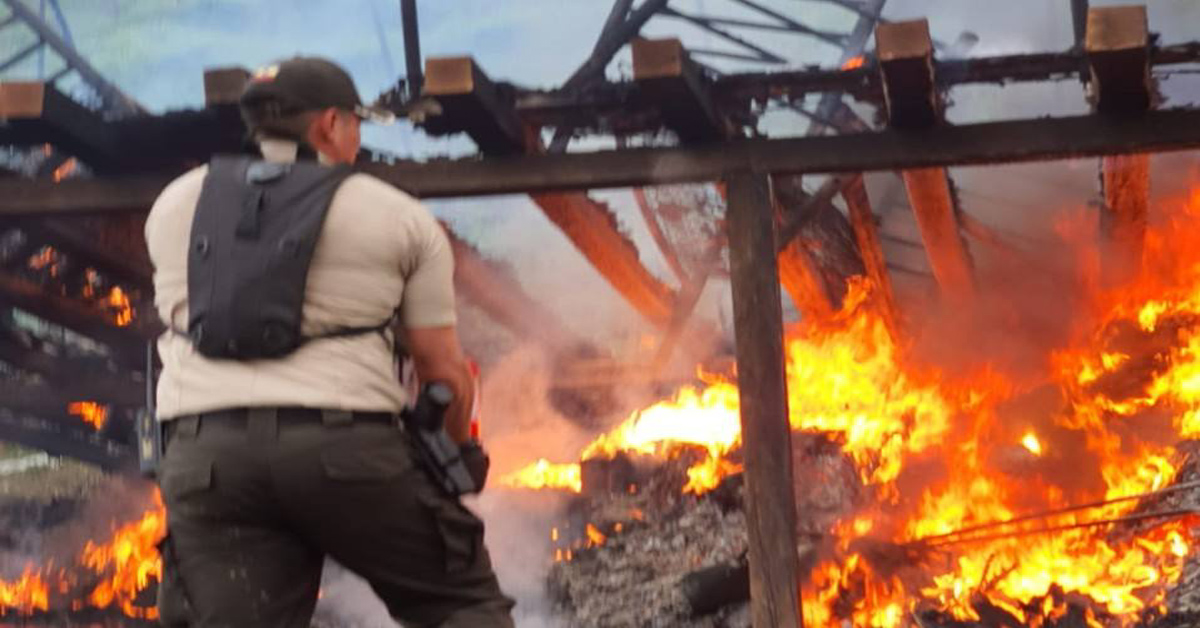 There is a world of difference between mining for iron ore in the arid and sparsely populated regions of Western Australia and exploring and mining for copper in the western slopes of the Andes in a region fraught with economic, social and political tensions. It would appear that Hanrine are starting to notice the differences.

In December 2017, a month before Hanrine was granted five "generous" mining concessions by the Ecuadorian Government in the north of the country, illegal miners started arriving in one of Hanrine's concessions "Imba 2". Within months, up to 10,000 people started looking for gold. The gold rush, the largest to occur in Ecuador since the 1990's soon created chaos and bedlam. Organised crime profited from the illegal mining and the Government and Hanrine seemed powerless to control the situation. Many tonnes of rock were transported out of the area to be refined into gold in the south of the country. Millions of dollars of gold entered the black market. It wasn't until July 2019 after the murder of several miners, that the Government finally stepped in, calling a state of emergency and sending in 2000 troops to break up the racket (image below). 27 groups profiting from the mining, arms and chemical trafficking and money laundering  were identified by the Government. Exploration in the concession was suspended by the Government. 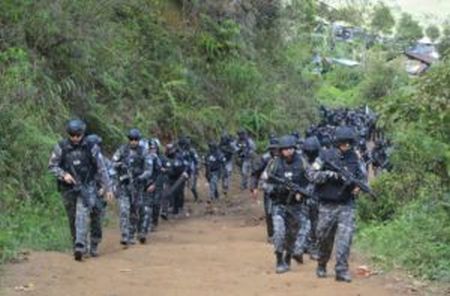 It appears that since the "clean out" of the concession by the military, tensions have still been simmering in the region, including the nearby town of Buenos Aires. The arrival of thousands of illegal miners into this small rural community was very unpopular with many local residents, who even resorted to setting up blockades in an attempt to stop supplies entering the mines in July 2019.

For several months, illegal miners had also started to organise in order to get better safety and work conditions. These worker groups themselves were split into factions, with one of the most vocal, supposedly working with Hanrine to allow small scale mining within a 300ha portion of the concession, whilst another was upset that the concessions themselves were handed out to anonymous foreign companies, with no small mining access granted to Ecuadorians. Both of these groups however failed to sway the Ecuadorian Government. There was further tension in regards to the lack of security provided by either the concession holder or the Ecuadorian Government. There was a surge in crime in region.

Fast forward one year to August 2020. Suspension of any activity in the concession was lifted on August 17 by the Ecuadorian Government. Some of the remaining illegal miners, are now claiming that no mining is now allowed in the Parish, adding to frustrations of some. Many of these disgruntled miners do not accept the presence of Hanrine who very recently started exploring for copper in the concession. Some opponents are also arguing that Hanrine should not be allowed to mine due to the Covid 19 pandemic and a recent resolution by the Urcuqui Cantonal Emergency Operations Committee that exploration by mining companies including Hanrine be suspended is seen to support these claims. Indigenous concerns have also been reported in the press.

On August 21 opponents of mining (both legal and illegal) met in Buenos Aires, to express their concerns and to demand an exit to the concession by Hanrine. Their major grievance was that they had not been consulted about any of the exploration activities.  4 days later, on August 25, a group of 180 entered the concession and incinerated Hanrine's mining camp at location the local press reported as Saint Lucia. 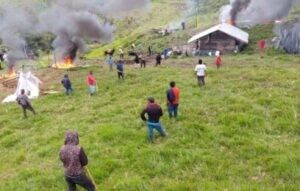 If these headaches aren't of concern enough, Hanrine had also been making news earlier in the month, when their general manager Carlos Miguel was arrested on arms charges. He was soon released, and made claims to the press that the Government was  targeting him over other matters. The other issues could refer to the copper mining concession called Llurimagua.

Llurimagua concession, in the north west of the country, has been the source of conflict in the Intag Valley since 1995. A number of companies have tried to access the concession only to be turned back by very well organised community opposition. 389 troops and elite police had failed to stop the campaign to stop the Llurimagua mine in the mid 1990's, even after one of the community's leaders was jailed on false charges.

In order to raise interest in flagging interest in Llurimagua, in recent years the Ecuadorian Government, signed an Agreement with the Chilean Government's Mining Entity Codelco to jointly develop the mine. A recent article published in Periodismo de Investigacion has suggested that Codelco and Hanrine have been in conflict for control of Llurimagua for some time. Hanrine supposedly has written to the Ecuadorian Government numerous times to lobby that the concession be opened up to an auctioning process. In response to obvious pressure, Codelco's Attorney General recently wrote to Hancock's Executive General Manager in Perth saying "Stop interfering in our business...any subsequent action by Hancock will undoubtedly constitute conscious and intentional interference that could be extremely detrimental to Codelco's contractual rights".

Apparently Hanrine have offered up to $400m for the concession to mine Llurimagua. Codelco however, had more or less been given the concession for "free" by Ecuador's previous Government ruled by Rafael Correa. So not only has Hanrine obviously upset the Chilean Government's interest in Llurimagua, Hanrine's activities near Buenos Aires and the complicated tensions that exist in that region have upset a great many people. Not all the blame can be placed on Hanrine, the Ecuadorian Government must also take full responsibility, particularly in regards to the granting of vast areas of the country to multinational mining companies with very little community involvement.