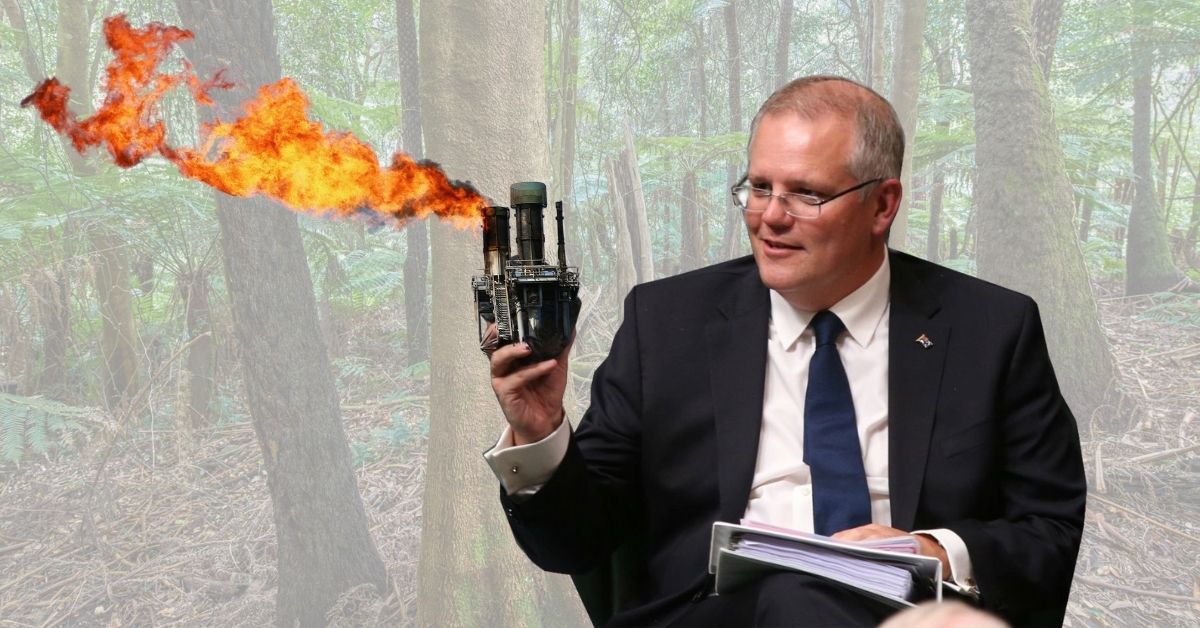 Community driven environment group Friends of the Earth Australia says the Morrison government’s push for fossil gas is reckless in the extreme amid the deepening climate crisis.

“The horror bushfires over summer and wildfires now burning in the United States show what’s in store if governments fail to tackle the climate crisis,” said Cam Walker of Friends of the Earth.

“Instead of accepting this reality and acting decisively to reduce our greenhouse gas emissions, Prime Minister Scott Morrison has pledged to back a failing gas industry with public funds.”

Prime Minister Scott Morrison has today announced a range of measures designed to prop up the dirty gas industry, including subsidies of $52.9 million, a new ‘National Gas Infrastructure Plan’, and support to open up five new gas basins.

Many of the Coalition’s announcements echo the recommendations in the leaked interim report of the National COVID-19 Coordination Commission’s Manufacturing Working Group. The working group has been widely criticised for being stacked with fossil fuel interests.

Friends of the Earth say the government’s plan reveals their willingness to put an ideological commitment to fossil fuels ahead of the reality of climate change and the threat it poses Australian communities.

“Without a course correction towards greater support for solar, wind, and storage, the government is condemning us to a future of dangerous climate impacts.”

“The Morrison Government is playing favourites and bankrolling projects that will lock our country into higher prices and climate destruction.”

Friends of the Earth and the environment movement will resist the government’s push for fossil fuels. A national day of action organised by the student led movement, School Strike 4 Climate, is planned for September 25.

The group will be calling on state governments to show greater leadership on climate and energy policy, where the Federal government’s failure is now complete.

Key elements of the plan include: