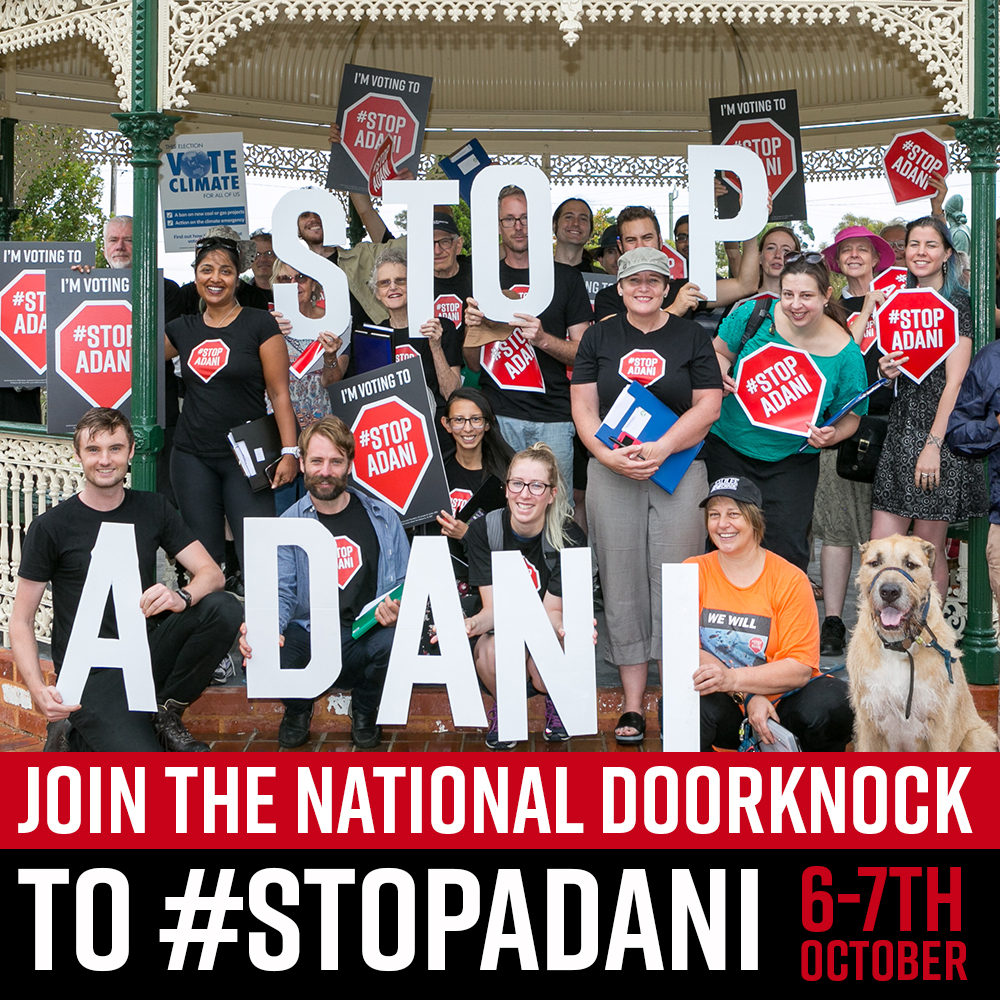 Adani says they’ve locked in funding for their dirty coal mine. So, now’s the time we need to push our politicians like never before to #StopAdani.

The majority of Australians don’t support the Adani Carmichael coal mine, which is a proposed thermal coal mine in the north of the Galilee Basin in Central Queensland, yet the major parties do. Our politicians could #StopAdani tomorrow, but they won’t unless our movement is everywhere they look.

That’s why from October 6-7, people across the country are hitting the streets for the National Doorknock to #StopAdani. Will you join us?

The major parties continue to support Adani’s coal mine because the coal industry’s influence is greater than our movement’s. That’s why to #StopAdani we need to build a movement that is more powerful than the coal industry.

Groups around the country have already started doorknocking their communities. On October 6-7, we’ll take action at the same time in every corner of Australia. Join this huge weekend.

Imagine your suburb and town teaming with people having hundreds of conversations about how we can #StopAdani and move Australia beyond coal. People talking at doors, putting up yard signs, contacting their politicians, and joining our movement.

Then imagine this happening in streets across the nation, on the same weekend.

Anyone can be a part of this huge weekend, from experienced activists to people who have never doorknocked before - we will support you every step of the way.

Join the National Doorknock to #StopAdani and let’s take our movement to the next level so that we can end this coal mine.

See you in the streets!

Charlie, Isaac, Josh and Moira for the Tipping Point team, part of the #StopAdani Alliance.

Tipping Point is a national project of Friends of the Earth Australia.