In November each year BHP holds its Australian AGM. The world's biggest mining company recently has been using the opportunity to tell its hundreds of attendant shareholders how it is committing to a clean transition from being one of the biggest carbon emitters to one of the biggest providers of 'green' minerals for the renewable energy sector. 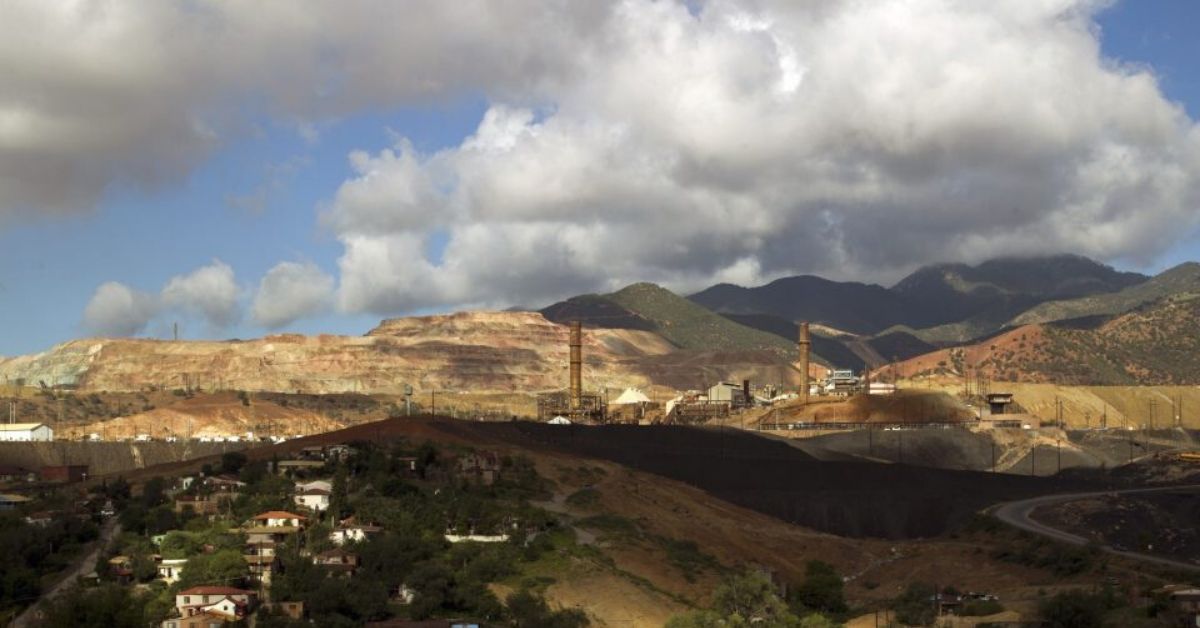 The two minerals most in demand for such commodities as electric cars, solar panels and wind turbines are lithium and copper. And one of the richest sources of these, particularly copper, is the Andean belt running through Chile, Peru, Ecuador and Colombia.

In 2017, a small Australian not-for-profit environmental organisation, the Rainforest Information Centre, was shocked to discover that a protected cloud forest reserve in the Western Andes called Los Cedros, which it helped establish in 1989, sat within a mining concession owned by a Canadian speculative firm called Cornerstone Capital Resources.

The Rainforest Information Centre (RIC) did some research. They discovered that between early 2016 and mid-2017, not only Los Cedros, but over forty other protected rainforest reserves in the Andes headwaters of Ecuador, had been secretly sold by the Eduadorian Government to foreign mining companies. Most of these companies are Australian, Canadian and Chinese. Not only forests, but uniquely biodiverse high plains and indigenous territories in the Amazon, are now open to mining investment.

The reasons for this sell-off are simple: Ecuador is in economic trouble and needs a heavy injection of cash to pay off its multiple large international debts. The reasons why various mining companies have been so quick and keen to snap up the blocks of land is also simple: Ecuador is 'greenfields', meaning it is almost completely unexplored. Yet enough early explorations have been done to suggest that its wealth in ores, especially copper, is immense. Basically, companies like BHP have found their El Dorado when it comes to their dreams of transitioning from big coal to big copper.

If all these mining projects take off, the Ecuadorian Government expects to benefit from royalties, and the companies and their shareholders expect to profit. The cost will be borne by thousands of already endangered species in the world's most biodiverse forests. It will be borne by indigenous people, and people who have lived for hundreds of years doing subsistence farming in the Andes. It will be borne by the rivers that will carry toxic heavy metals into the Amazon basin.

Since 2017, a lot has happened on the Ecuadorian mining frontier. Companies have tried to push their way into concessions to start drilling and sampling. People have marched, blocked roads and resisted them. Legal cases against mining activities have been lodged, heard … and won. The first of these necessitated the closure of the Chinese-owned Rio Blanco gold mine in June 2018. The Rio Blanco win was closely followed by the annulment of 52 gold exploration concessions in the indigenous Cofan territory of northeastern Ecuador. In April 2019, an Action for Protection appeal was heard on behalf of the Los Cedros Reserve. They won, and Cornerstone was told to leave.

Around these wins, there have been clashes, losses, and escalating tensions. Cornerstone refused to obey the court ruling and leave Los Cedros; a new Action for Protection is now being put together, this time for the Constitutional Court. Nearby, in Intag, the Llurimagua gold mine is about to be opened, and the local community is embroiled in a legal case to try and stop it on grounds of environmental damage and lack of consultation.

Close to the Colombian border, the Australian company SolGold owns majority shares in a massive new project called Cascabel, which is touted to have the potential to rival Chile's Escondida mine in size and output. But there is no safe location to put a tailings dam, and the National Ombudsman has criticized the inadequate environmental impact studies that have so far taken place. The site is situated near a major route for narco-traffickers and organised crime activity, and most locals do not want the mine. Nevertheless, SolGold continues to tell its shareholders that Cascabel is completely viable, lucrative and ready to go.

Meanwhile, also in Intag, BHP is moving into its five concessions by stealth. Entering communities in unmarked cars to take samples. Shutting down the website and social media pages of a prominent local anti-mining activist when he tried to call them out on the Canadian Stock Exchange. Residents of one community testify that in October, BHP convened a meeting to sign off on exploration license documents that excluded everyone except two pro-mining families.

In the indigenous Shuar lands of the southeastern province of Morona Santiago, a number of Australian companies are taking root. They are using strategies that have been tried and tested for decades in Aboriginal lands here in Australia. That is: divide and conquer. In 2011 Fortescue Metals Group (FMG) who own a number of concessions in Ecuador, won licenses to operate in Yindjibarndi Native Title lands by inviting people from outside the target communities to a special meeting, forming a splinter group that was separate from the legitimate Yindjibarndi Native Title council, and then getting the splinter group to sign off on the papers.

Reports trickling in from Shuar country suggest that FMG, and other companies, are systematically splitting the Shuar into pro-mining and anti-mining groups, and gradually 'socialising' the pro-mining groups into accepting the benefits of mining: jobs, schools and community development.

Ecuadorian mining laws appear to have no problem with companies using devious means to get into their concessions and start work. In May 2019, the Mining Law was altered to weaken the requirements for community consultation for extractive (mining, oil and hydorelectricity) projects. This move followed a historic court win by indigenous people. In April, the Waorani people succeeded in stopping oil companies entering or laying any claim on part of their territory, for good. Their win was based on lack of prior and informed consent by the companies. This could have set a precedent for all the communities around the nation furious at suddenly finding their lands sold to mining companies without any consent process whatsoever. Foreseeing trouble with their investments, the government quickly changed the laws.

This doesn't mean that communities cannot win cases now, but it will be harder. Ecuadorian constitutional law protects the rights of people and nature, but for economically disadvantaged communities to get cases heard by the High Court takes a lot of work and money. There is support from outside the country, but so far, international environmental and human rights groups who are aligning to try and help Ecuadorians to fight for their rights at this level, are themselves small and under-resourced.

These groups, including the Rainforest Information Centre and Rainforest Action Group in Australia, have something in common with the Ecuadorians on the wrong end of the mining boom. They are working for social and environmental justice on the smell of an oily rag, while those causing the problems have enormous amounts of political, economic and media power at their disposal.

"The bigger picture of the mining problem is a social justice problem. An asymmetry of power at a global scale, where the neoliberal system favours a certain few, and the rest struggle to have their rights respected," says Liz Downes from the Rainforest Action Group.

In October, Ecuador erupted into two weeks of nationwide protests in response to the government's attempt to introduce an austerity package as part of their March 2019 US$4.7 billion loan deal with the International Monetary Fund. The 'benefits' of neoliberalism were lost on thousands of people, mostly indigenous, whose lands are covered with mining and oil concessions they can't get rid of. Almost as soon as Ecuador's government promised to scrap the austerity package and the protests ended, Chile erupted into chaos, for similar reasons.

Meanwhile, October has seen worldwide climate protests, mostly in the Global North but also in countries such as Ghana and the Philippines. In Australia, climate activists appear to have become the targets of considerable backlash by conservative and Labor MPs and law enforcement agencies. What makes the powers that be sweat, it seems, is not just that people are gluing themselves to things or blocking traffic; it's that they are targeting the very institutions of finance and capitalism.

So, BHP's AGM will come and go. Shareholders will be comforted that plans to transition into a brave new world of renewables are on track. They will be assured that due diligence is being taken to ensure that resources are obtained in ways that are win-win-win, for the company, for local people, and the environment.

Where they are falling short of these standards, it's up to the people impacted by their activities to defend their rights, lands and forests, with the help of their networks of allies. Because those indebted to the neoliberal economic system are certainly not going to defend them.