Is there a future for ‘pro-nuclear environmentalism’? 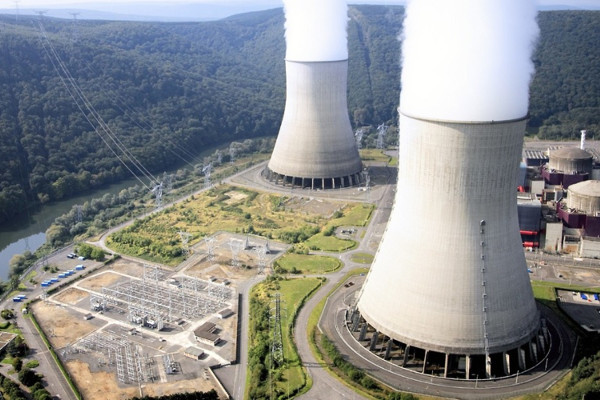 Michael Shellenberger was in Australia recently. He has been a prominent environmentalist (of sorts) since he co-authored the 2004 essay, The Death of Environmentalism.

These days, as the President of the California-based ‘Environmental Progress’ lobby group, he is stridently pro-nuclear, hostile towards renewable energy and hostile towards the environment movement.

Shellenberger is visiting to speak at the International Mining and Resources Conference in Melbourne. His visit was promoted by Graham Lloyd in The Australian in September.

Shellenberger is “one of the world’s leading new-generation environmental thinkers” according to The Australian, and if the newspaper is any guide he is here to promote his message that wind and solar have failed, that they are doubling the cost of electricity, and that “all existing renewable technologies do is make the electricity system chaotic and provide greenwash for fossil fuels.”

Trawling through Environmental Progress literature, one of their recurring themes is the falsehood that “every time nuclear plants close they are replaced almost entirely by fossil fuels”.

South Korea, for example, plans to reduce reliance on coal and nuclear under recently-elected President Moon Jae-in, and to boost reliance on gas and renewables. But Shellenberger and Environmental Progress ignore those plans and concoct their own scare-story in which coal and gas replace nuclear power, electricity prices soar, thousands die from increased air pollution, and greenhouse emissions increase.

Environmental Progress’ UK director John Lindberg is described as an “expert on radiation” on the lobby group’s website. In fact, he has no scientific qualifications. Likewise, a South Korean article falsely claims that Shellenberger is a scientist and that article is reposted, without correction, on the Environmental Progress website.

Shellenberger says that at a recent talk in Berlin: “Many Germans simply could not believe how few people died and will die from the Chernobyl accident (under 200) and that nobody died or will die from the meltdowns at Fukushima. How could it be that everything we were told is not only wrong, but often the opposite of the truth?”

There’s a simple reason that Germans didn’t believe Shellenberger’s claims about Chernobyl and Fukushima ‒ they are false.

Shellenberger claims that “under 200” people have died and will die from the Chernobyl disaster, but in fact the lowest of the estimates of the Chernobyl cancer death toll is the World Health Organization’s estimate of “up to 9,000 excess cancer deaths” in the most contaminated parts of the former Soviet Union. And of course there are higher estimates for the death toll across Europe.

Shellenberger claims that the Fukushima meltdowns “killed precisely no one” and that “nobody died or will die from the meltdowns at Fukushima”.

An Environmental Progress report has this to say about Fukushima: “[T]he science is unequivocal: nobody has gotten sick much less died from the radiation that escaped from three meltdowns followed by three hydrogen gas explosions. And there will be no increase in cancer rates.”

In support of those assertions, Environmental Progress cites a World Health Organization report that directly contradicts the lobby group’s claims.

Nuclear lobbyists are quick to point out that LNT may overestimate risks from low dose and low dose-rate exposure ‒ but LNT may also underestimate the risks according to expert bodies such as the US National Academy of Sciences’ Committee on the Biological Effects of Ionizing Radiation.

Shellenberger reduces the complexities of environmental opposition to nuclear power to the claim that in the 1960s, an “influential group of conservationists within Sierra Club feared that cheap, abundant electricity from nuclear would result in overpopulation and resource depletion” and therefore decided to campaign against nuclear power.

If such views had any currency in the 1960s, they certainly don’t now. Yet Environmental Progress asserts that Greenpeace and Friends of the Earth (FOE) “oppose cheap and abundant energy” and Shellenberger asserts that “the FOE-Greenpeace agenda has never been to protect humankind but rather to punish us for our supposed transgressions.”

And Shellenberger suggests that such views are still current by asserting that the anti-nuclear movement has a “long history of Malthusian anti-humanism aimed at preventing “overpopulation” and “overconsumption” by keeping poor countries poor.”

In an ‘investigative piece‘ ‒ titled ‘Enemies of the Earth: Unmasking the Dirty War Against Clean Energy in South Korea by Friends of the Earth (FOE) and Greenpeace’ ‒ Shellenberger lists three groups which he claims have accepted donations “from fossil fuel and renewable energy investors, as well as others who stand to benefit from killing nuclear plants”.

FOE and Greenpeace don’t feature among the three groups even though the ‘investigative piece’ is aimed squarely at them.

Undeterred by his failure to present any evidence of FOE and Greenpeace accepting fossil fuel funding (they don’t), Shellenberger asserts that the donors and board members of FOE and Greenpeace “are the ones who win the government contracts to build solar and wind farms, burn dirty “renewable” biomass, and import natural gas from the United States and Russia.”

Really? Where’s the evidence? There’s none in Shellenberger’s ‘investigative piece’.

In an article for a South Korean newspaper, Shellenberger states: “Should we be surprised that natural gas companies fund many of the anti-nuclear groups that spread misinformation about nuclear? The anti-nuclear group Friends of the Earth ‒ which has representatives in South Korea ‒ received its initial funding from a wealthy oil man …”

Shellenberger claims that the “greatest coup” of FOE and Greenpeace in South Korea was an “Hollywood-style anti-nuclear disaster movie” which was released last year and has been watched by millions, mostly on Netflix. But FOE and Greenpeace had nothing to do with the production of the movie!

Shellenberger claims that Greenpeace has annual income of US$400 million to finance its work in 55 nations ‒ but he doesn’t note that only a small fraction of that funding is directed to anti-nuclear campaigns.

FOE’s worldwide budget is US$12 million according to Environmental Progress ‒ but only a small fraction is directed to anti-nuclear campaigns.

A future for pro-nuclear environmentalism?

The nuclear power industry is having one of its worst ever years. Environmental Progress is warning about nuclear power’s “rapidly accelerating crisis” and other pro-nuclear lobbyists have noted that “the industry is on life support in the United States and other developed economies“.

The biggest disaster for the nuclear industry this year has been the bankruptcy filing of Westinghouse and the decision to abandon two partially-built reactors in the US after at least A$11.5 billion was spent on the project. But that’s just the tip of the iceberg:

Industries tied to nuclear power are struggling. “It has never been a worse time for uranium miners”, said Alexander Molyneux from Paladin Energy in October 2016.

He should know ‒ Perth-based Paladin was put into administration in July this year. Here in Australia, BHP produces uranium as a by-product of its giant copper mine at Olympic Dam in SA; Heathgate Resources operates the small Four Mile mine in SA; and Rio Tinto has finished mining uranium at Ranger in the NT and is processing remaining stockpiles before getting to work on a half-billion dollar rehabilitation.

The only nuclear industry that is booming is nuclear decommissioning ‒ the World Nuclear Association anticipates US$111 billion (A$145 billion) worth of decommissioning projects to 2035.

How much longer will the nuclear lobbyists keep flogging the dead nuclear horse? Perhaps not too much longer. It’s worth keeping in mind that nuclear lobbyists ‒ especially the self-styled ‘pro-nuclear environmentalists’ ‒ are few in number. David Roberts summed up the situation in 2013, when Robert Stone’s ‘Pandora’s Promise‘ propaganda film was launched:

“There is no budding environmentalist movement for nukes. Ever since I started paying attention to “nuclear renaissance” stories about a decade ago, there’s always been this credulous, excitable bit about how enviros are starting to come around. The roster of enviros in this purportedly burgeoning movement: Stewart Brand, the Breakthrough Boys, and “Greenpeace cofounder Patrick Moore,” who has been a paid shill for industry for decades (it sounds like the Pandora folks were wise enough to leave him out). More recently George Monbiot and Mark Lynas have been added to the list.

“This handful of converts is always cited with the implication that it’s the leading edge of a vast shift, and yet … it’s always the same handful. … In the movie, Shellenberger says, “I have a sense that this is a beautiful thing … the beginning of a movement.” I fear he has once again mistaken the contents of his navel for the zeitgeist.”