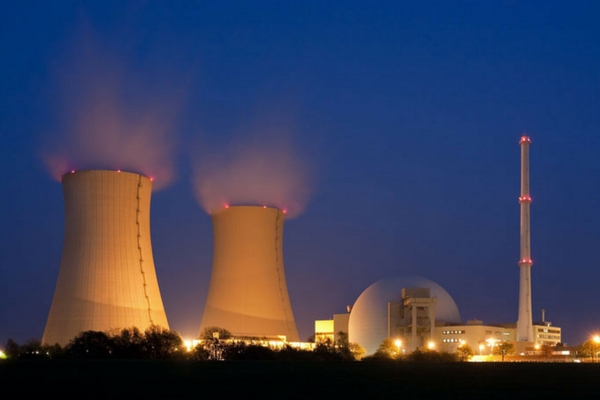 The rapidly-evolving nuclear power crisis escalated dramatically yesterday (March 29) with the announcement that US nuclear giant Westinghouse, a subsidiary of Japanese conglomerate Toshiba, has filed for bankruptcy. The Chapter 11 filing took place in the US Bankruptcy Court for the Southern District of New York in New York City.

Toshiba and Westinghouse are in crisis because of massive cost overruns building four 'AP1000' nuclear power reactors in the southern US states of Georgia and South Carolina. The combined cost overruns for the four reactors amount to about US$11.2 billion (A$14.5 billion) and counting.

Whether the four reactors will be completed is now subject to an "assessment period" according to Westinghouse. No other reactors are under construction in the US and there is no likelihood of any new reactors in the foreseeable future. The US reactor fleet is one of the oldest in the world ‒ 44 out of 99 reactors have been operating for 40 years or more ‒ so nuclear decline is certain.

Toshiba says Westinghouse had debts totalling US$9.8 billion (A$12.8 billion). Plans for new Westinghouse reactors in India, the UK and China are in jeopardy and will likely be cancelled. Bloomberg noted yesterday: "Westinghouse Electric Co., once synonymous with America’s industrial might, wagered its future on nuclear power ‒ and lost."

The same could be said about Toshiba, which is selling profitable businesses to stave off bankruptcy. Toshiba said yesterday it expects to book a net loss of US$9.1 billion (A$11.9 billion) for the current fiscal year, which ends on Friday ‒ a record loss for a Japanese manufacturer. That projected loss is well over double the estimate provided just last month. “Every time they put out an estimate, the loss gets bigger and bigger,” said Zuhair Khan, an analyst at Jefferies in Tokyo. “I don’t think this is the last cockroach we have seen coming out of Toshiba.”

The BBC noted that Toshiba's share-price has been in freefall, losing more than 60% since the company first unveiled the problems in December 2016. Toshiba president Satoshi Tsunakawa said at a news conference yesterday: “We have all but completely pulled out of the nuclear business overseas.” 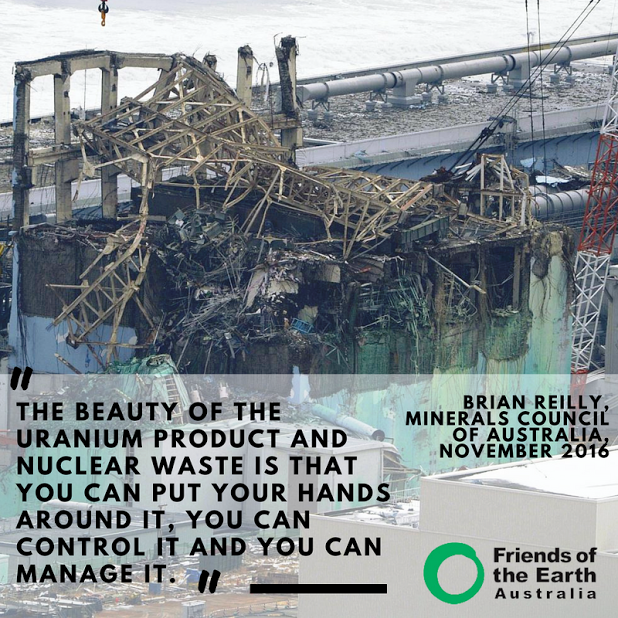 A similar crisis is unfolding in France, which has 58 power reactors but just one under construction. French 'EPR' reactors under construction in France (Flamanville) and Finland are three times over budget ‒ the combined cost overruns for the two reactors amount to about €12.7 billion (A$17.8 billion) and counting. The French government is selling assets so it can prop up its heavily indebted nuclear utilities Areva and EDF. The French nuclear industry is in its "worst situation ever" according to former EDF director Gérard Magnin.

Dr Jim Green, national nuclear campaigner with Friends of the Earth Australia, said: "Nuclear lobbyists are abandoning the tiresome rhetoric about a nuclear power renaissance. They are now acknowledging that the industry is in crisis. The crisis-ridden US, French and Japanese nuclear industries account for half of worldwide nuclear power generation. Countries with crisis-ridden nuclear programs or nuclear phase-out policies account for more than half of worldwide nuclear power generation. Nuclear industries in some other countries ‒ such as the UK ‒ are in deep trouble and are approaching a crisis situation."

"Renewable energy generation doubled over the past decade and strong growth, driven by sharp cost decreases, will continue for the foreseeable future. Conversely, the Hinkley Point project in the UK typifies nuclear power's staggering cost increases ‒ the estimated construction cost is A$40 billion for two reactors," Dr Green said.

Background information on the nuclear power crisis is available here.