PNG does not need a coal industry

Mayur Resources should not be creating a coal industry in PNG, writes Phil Evans in Chain Reaction #141. 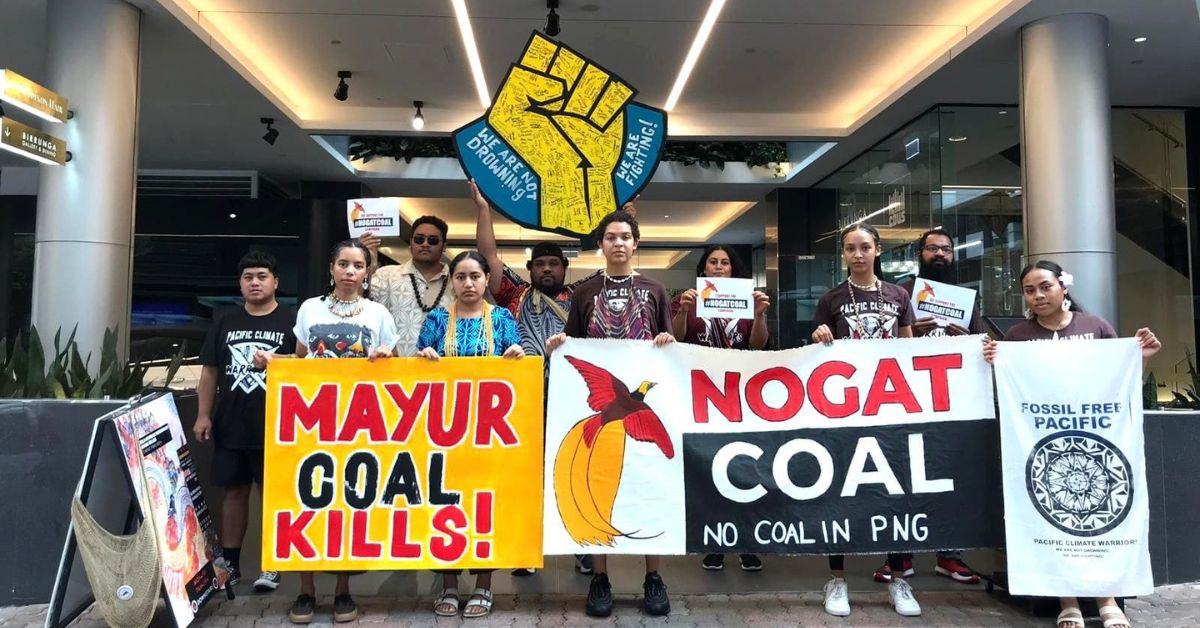 As the world takes in the Glasgow Pact from the recent COP26 negotiations and the need for “accelerating efforts towards the phase-down of unabated coal power”, Australian company, Mayur Resources, is trying to do quite the opposite in Papua New Guinea and introduce a new, coal power industry to the island nation.1

PNG has an electrification target

Access to the electricity grid in PNG is at just 13% of the population. The 2018 PNG Electrification Partnership committed the leaders of Japan, the United States, New Zealand and Australia to helping PNG realise its goal of connecting 70% of the country to electricity by 2030.2

This is an ambitious target, with over 100,000 households per year needed to be plugged in for a decade. There is some low hanging fruit, with some poles and wires projects from existing networks, but much of the PNG population live in rural and remote settings making it harder to connect them. Reaching the target is also hampered by the estimated one third of PNG electricity being acquired outside the mainstream economy – or as the head of PNG power puts it, “electricity theft”.

Coal is not the answer

Mayur Resources’ heavily greenwashed plans in Lae include an ‘Enviro Energy Park’ using a mix of – wait for it – renewables and clean coal (LOL!) technology: read as 80% coal and 20% biomass. According to a report released by Friends of the Earth PNG/Centre for Environmental Law & Community Rights (CELCOR) and Jubilee Australia research Centre, the proposed 200MW coal-fired power station would increase PNG’s carbon emissions by around 4%.3

It would also represent a potential new frontier of ‘extractivism’ in a country already being hounded for its natural resources to drive the renewable energy revolution.

The Nogat Coal Alliance formed between CELCOR and Jubilee Australia have set out to stop the development of the coal industry in PNG, saying, “Papua New Guinea does not need to open for a dying industry to improve its energy access. Instead, we believe that the answer lies in a just and equitable energy pathway for PNG using renewable energy.” 4

Samantha Kuman, Advocacy Officer at CELCOR says that PNG is “developing hydropower, biomass, and solar plants, but Mayur’s coal plans will undo much of this progress towards a cleaner and greener future.”

“Mayur’s plan to create Mayur Renewables to focus on solar, wind, hydro and geothermal power is an important step, but it also needs to reverse its decision to create a coal industry.”

Environmental and civil society organisations are not the only ones opposed to the coal plans. Just days after PNG’s Prime Minister, James Marape called for greater action on climate change at the United Nations General Assembly in October. In a letter signed by CELCOR, Jubilee Australia and the Evangelical Lutheran Church (ELC) of the Jabem District he noted that:

“Papua New Guineans are already facing harsh effects of the climate crisis including droughts, floods, and rising sea levels… [and that] as a company that will receive tax concessions from Papua New Guinea for the next ten years, it would be unfair for Mayur Resources to move forward with a project that generates energy in the worst possible way.”

Both the Lowy Institute and the Nogat Coal Alliance agree renewable off grid power systems, like small scale solar and storage, will play a role in achieving the electrification goal.

“The numbers are compelling: for around US$500/AUD$690, a villager’s house could be equipped with enough solar technology and battery storage that would provide lights at night, power to charge a mobile phone, and even enough storage to run a small motorised device, such as hair clippers.”

Large ‘announceable projects’ funded by either Chinese and Australian interests represent the neo-colonisation of the economy and a move away from the constitutionally endorsed ‘PNG way’. Whilst some of these - like large scale hydro projects backed by China and Australian backed solar farms - may play a role in PNG’s 2030 electrification goal, they will not alone address the challenges of a nation trying to find its own way of doing things: looking forward at the climate changed present and future, and not back at the defunct age of coal.

1 United Nation Framework Convention on Climate Change, October 2021, “Conference of the Parties serving as the meeting of the Parties to the Paris Agreement – Third session”.