Ring-barking Patriarchy: Towards an Eirenikon – a Peaceable Realm

In compiling this edition, Chain Reaction asked activists to share their experiences of gender (in)justice and dismantling the patriarchy within the broader environment and social justice movement. Author of Butterfly's Children, Eleanor (Annie) March, shares her thoughts in this Chain Reaction #140 article.

How do we love all the children of all species for all time? 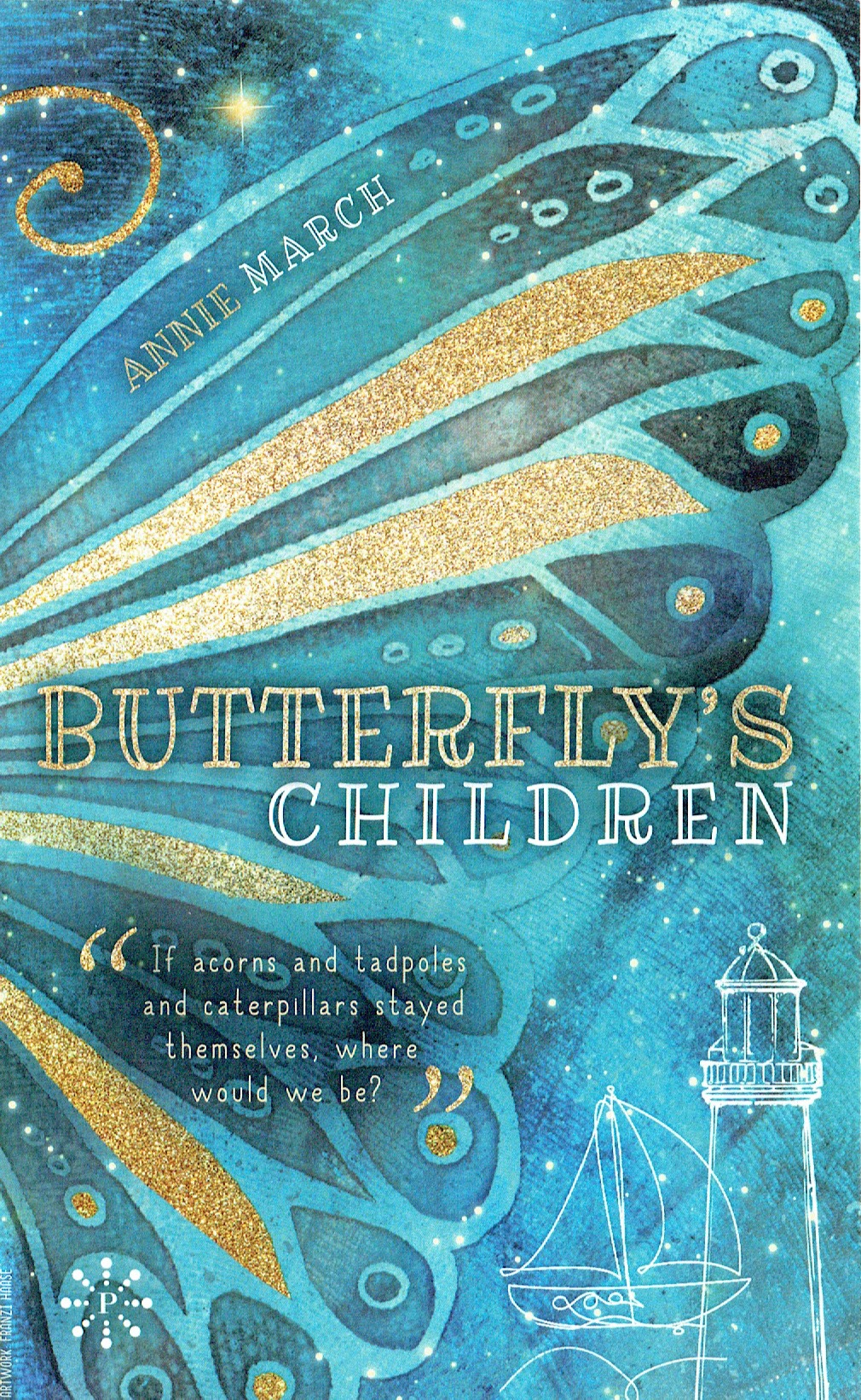 Bill McDonough’s prophetic words have been challenging me for twenty years. Since I’m a storyteller, and imagination is the tool with which I tackle great, impossible questions, I’m writing – or being written by – a trilogy set on the Eirenikon of Thalassa, a planet seven light years from Earth and four hundred years in the future (Earth is now Sequoia, ‘beautiful beyond dreaming and a model of biospheric and human reciprocity for the galaxy and beyond’).

The first step towards envisioning the kind of planet I yearn to bequeath my grandchildren was to ring-bark patriarchy. Invoking the divine right of novelists, I created Redound Syndrome (RS) and Universal Male Contraception (UMC). RS is an exoplanetary virus, seeded in all Thalassans, which triggers fatal endocrine meltdown in perpetrators of violence. In the first outbreak, one in thirteen women, one in five men died. War is now extinct.

The will to dominance – over human and non-human life-forms – is seen as pathology, with ‘power’ reconstellating as trust and eleutheros, freedom-giving.

Technology, law, economics, politics, religion are ancillary to ecology. The Ecological Verities and Adamancies of the Eirenikon of Thalassa El-Loha An-Nur La’Hazhva ground two billion humans in commensal, covalent interbecoming with eleven billion (and counting) non-human species. Thalassa is ecozoic: all life-forms are included in its governance. A balanced ecological footprint is required annually of every person, household, artefact, enterprise and bio-region. Cities compete for the prestige of winning the Shit Prize, awarded for the highest quality and best reintegrated excrement. ‘Earthism’ – a neologism akin to sexism, ageism, racism – names and damns fundamentalist behaviour against the biosphere.

UMC means women aren’t responsible for men’s seed; sperm is no longer a weapon; reproduction is a willed, educated and sacramental choice; the cognitive dissonance that thinks like a socialist/ Greenie and fucks like a capitalist is obsolete. Sexuality, no longer constrained by fear, blossoms. New relationship templates evolve across the gender spectrum. Sessery, the city of the hierogamy, is dedicated to radically transforming a construct of sexuality historically encultured as violation and powermongering; and is developing a rich language of sexual nuance both sacred and profane, embodied in A Thousand Words for Swive, (to which I would like to contribute two of Ursula K. Le Guin’s splendid Kesh words; banhe acceptance, inclusion, insight, female orgasm; and paó achievement, sowing, male orgasm). Ammasaat is a tender Thalassan term used between women who have sexually loved the same person; tamamaraghi  is the equivalent between men. Sex work is a skilled, valued art. 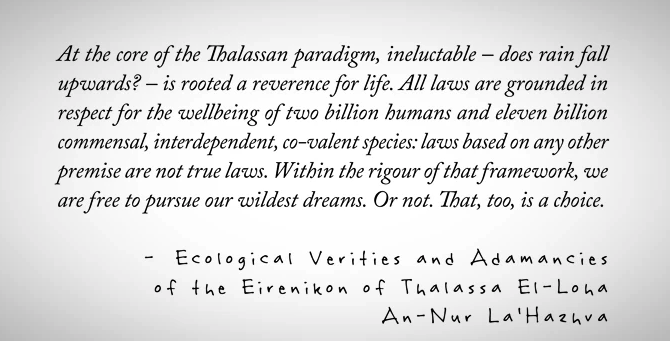 Parenthood, that most challenging and crucial of professions, requires a compulsory three-year training course (as does politics). An annual festival commemorates the anniversary of the day, thirty Thalassan years ago, when amniotic fluid, egg yolks and breast milk were no longer toxic (another historic form of child abuse?) and declared safe for embryos and infants. A time-travelling unicorn called Lųciquyillĩma’merqěrel’azazzærylly has both mothered and fathered offspring. The interstellar Strombians have seven genders, but are not primarily defined by any of them.

Yet Butterfly’s Children, the first volume of The Thalassan Trilogy, isn’t ‘about’ these issues; they’re background, and if I’ve been didactic – carried away by my own moral high ground and the apartheid of good – I’ve failed. It’s the story of fourteen year-old Meriel embarking on a voyage both actual and mythic – on a planet where her freedom and right to do this are absolute, and where her safety from human predation is guaranteed – in search of her name, vocation, parents; and to come to terms with her own ecozoic accountability.

While the book’s cornerstones are justice, redemption and the yin-yang of beauty and terror, it revels in high play, creativity, clairsentience, metaphysical knitting and weaving, maps, trees, music, dance, thresholds, crones, metaphysics, magic, islands, lighthouses, sailing and the sea.

I’m homesick for a planet that exists only in my wildest imaginings; where true wealth – commonwealth – is clear air, pure water, rich humus and a brawling, sprawling glory of biodiversity. And where the children of all species – albatross chicks, acorns, tadpoles, young phytoplankton and sprouting mycorrhiza – can live in fullness and peace.

“I’m just Wind Yoe Tashqur, an ageing woman with bones that ache in this freezing weather and a passion for old roses.” She paused, winnowing thoughts. Meriel felt compelled by her eyes, Quereshi golden, truthful and very clear in her dark face. “But I’m also a woman with authority vested in her by this biosphere, by my children’s children’s children. I’m accountable to them. I was an economist before I was ever a footprinter. Do you know the economist’s oath? To be responsible for the equilibrium and wellbeing of the whole Eirenikon of Thalassa for thirty-three generations of humans, a hundred lifetimes of eagles, thirty thousand of butterflies or one of Huon pines, whichever is longer.”

Eleanor March is a writer, teacher, sailor, gardener, grandmother-crone with a passion for social and ecological justice. She lives in lutruwita /Taswomania.