Wangan and Jagalingou Cultural Custodians have marked six weeks of continuous cultural ceremony at the edge of Adani’s Carmichael mine in central Queensland.

The ceremony is called “Waddananggu”, which translates as “the talking”.  It began on August 26th, with the construction of a traditional Bora Ring. 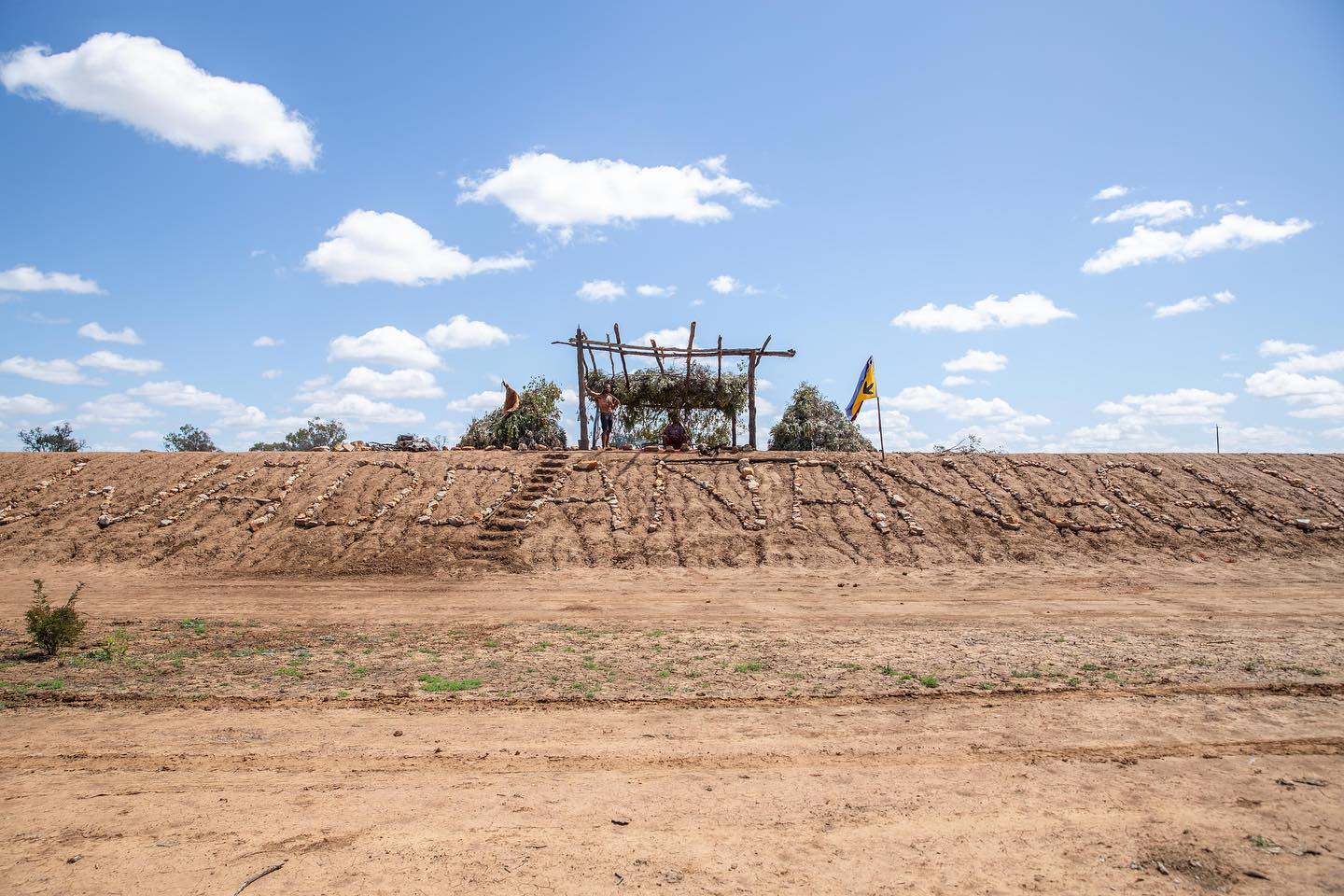 Wangan and Jagalingou spokesperson Coedie McAvoy said “Waddananggu has been a real success. We have maintained our presence here, we have been practicing our traditional language and bushcraft, and we have had Aboriginal and non-Aboriginal visitors from across the state come to talk about what we are doing here.

Despite attempts from Adani to remove the group, police last week said they do not intend to move on the ceremony.

Mr McAvoy said “We are in uncharted waters here. No Aboriginal group has used the Queensland human rights act as a legal avenue to stay on their own land before. So we are testing the government here, and trying to set a precedent for other Aboriginal nations wanting to get their land back.

“We want to stop Adani’s destruction of our Country and our sacred Doongmabulla springs. But whether we do that or not, we want to inspire other mobs around the country to stand up and do something. We will stay, we will keep inviting other tribes, and we will keep our voices up. We still have a long way to go, but our presence here keeps the pressure on the government to come to some kind of resolution.”

Waddananggu is an evolving and multifaceted ceremony built opposite Adani’s mine.

RSVP or Support others to go here.