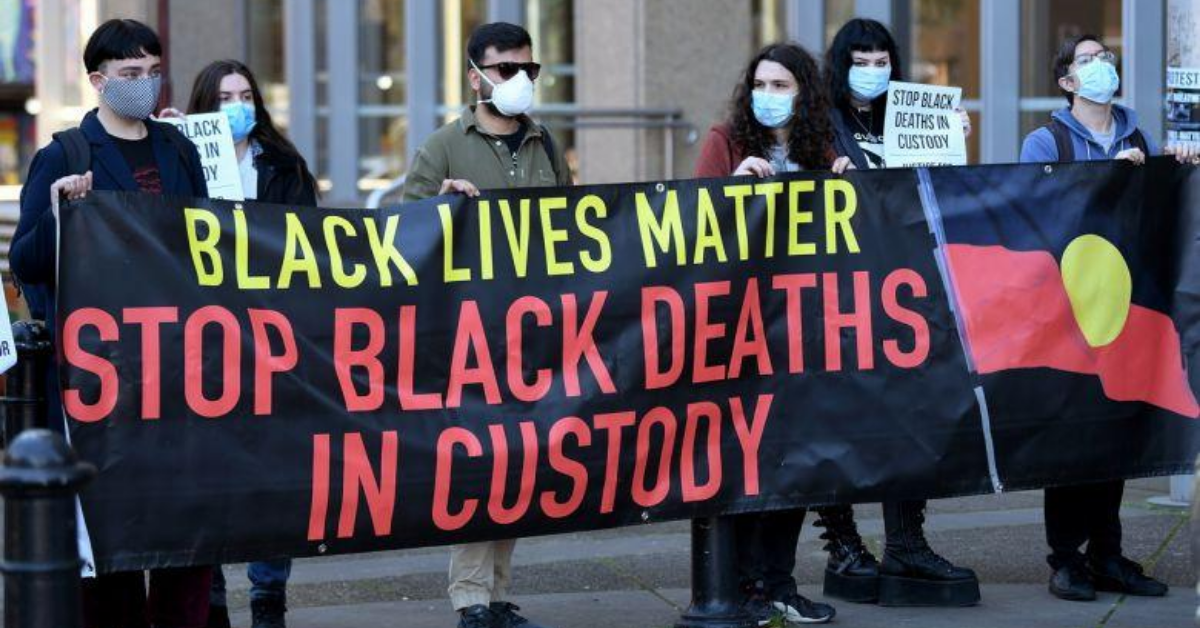 Today, on unceded Gadigal Land, NSW, police arrested and fined Aboriginal family and supporters of the murdered 26 year old Dunghutti man, David Dungany Jr, who were calling for an investigation into his killing whilst in custody.

They wanted to present a petition of almost 100,000 names to the parliament asking for charges to be laid against the five prison guards involved with his death.

Black Lives Matter rally organisers had said they would consider calling off the rally if the New South Wales premier committed to asking SafeWork NSW and the director of public prosecutions to investigate whether charges should be laid against the guards involved in the death of David Dungay Jr. This seemed like a reasonable request which the government declined.

The family and supporters then changed a plan for a protest after NSW police took them to court and had the protest declared a public health risk. Instead of a march, people simply gathered in the Domain to listen to speeches. The organisers made sure that everyone had a mask and were socially distancing.

However, NSW Police still decided to make arrests and issue fines to those attending.

Friends of the Earth are concerned about the suppression of the voice of Indigenous People who are calling for an investigation into a death in custody that should never have happened. We are concerned that NSW shopping centers and malls, with thousands of people in close proximity and very few face masks, are deemed essential services, yet protests are seen as a public health threat.

This seems to be a strikingly blatant attack on the democratic rights of First Nations people and the rest of Australia.