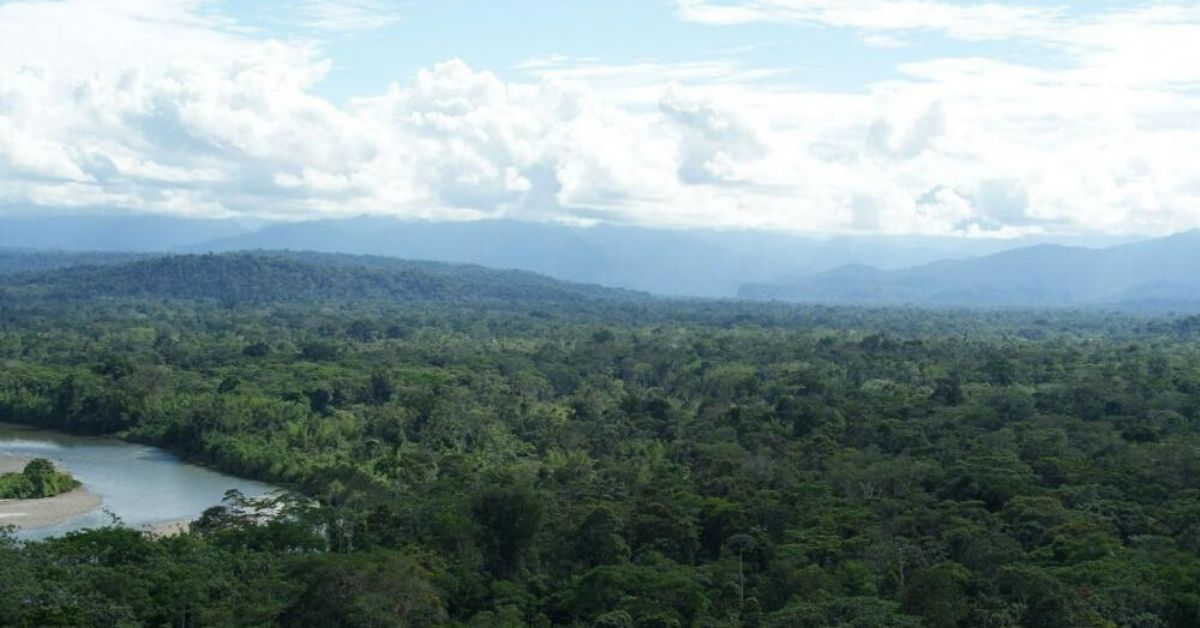 Friends of the Earth Australia express our solidarity and support to the authorities of the Shuar Arutam People (PSHA), to the Shuar People in general, and to all peoples and nations of the Ecuadorian Amazon, currently facing a possible outbreak of COVID-19, in their communities.

Friends of the Earth Australia signed on to an open letter in April joining over 100 other organisations. We note that Australian companies SolGold, BHP, Newcrest and Fortescue Metals Group are active in the Ecuadorian Amazon.

Below is an extract from that letter.

On April 13, the Shuar Arutam People (PSHA) together with dozens of Ecuadorian allied organizations sent an alert to the President of the Republic of Ecuador, the Ministry of Health, and the IACHR demanding that urgent measures be taken regarding a possible outbreak of COVID-19 provoked by the irresponsible actions of a Canadian mining company, Solaris Resources (whose main shareholder is the Canadian mining company Equinox Gold).

In March, the PSHA leadership condemned the participation of seven members of the Shuar communities of Warints and Yawi, invited by Solaris Resources, to the annual conference of the Prospectors and Developers Association of Canada (PDAC). Specifically, they condemned their participation because the seven indigenous people who participated in that conference were not duly elected representatives of the Shuar Arutam People's Assembly. The PSHA also noted that they were ignoring the assembly's decision to categorically reject mining in their territory. It is worth noting that in days before the conference in Canada several warnings were issued about the risks it posed to participants as a possible outbreak point for the COVID-19 virus. As expected, it was released after the event that the virus had been contracted by several participants, including the Burkina Faso deputy minister of mines. This then heightened concerns about a possible infection in the territory of the PSHA.

On April 2, the president of the PSHA received the news that the mother of one of the attendees died with symptoms similar to that of the coronavirus and asked the authorities to investigate the case, given its direct link with the conference, a known transmission point. After ridiculing the statement of the Shuar leader, the Governor of the province of Morona Santiago affirmed, without any evidence, that the death was not related to the PDAC conference or COVID-19, and rather congratulated the mining company Solaris Resources. Then, one more person died, this time the father of another of the attendees, and 8 other members of the Warints and Yawi community have presented symptoms similar to those of COVID-19.

We express our profound concern about the lack of attention and response by the Ecuadorian authorities to this serious health emergency. Furthermore, we are concerned that the Ecuadorian government has allowed mining and oil companies to be exempt from quarantine controls imposed nationally, which puts workers and populations living in the vicinity of their operations at greater risk. These peoples already face limited access to health to deal with the pandemic.

We condemn Canadian mining company, Solaris Resources’ permanent interference in Shuar indigenous territory as well as its disdain for the decisions of the self-determination of the PSHA, the same government who, March 30, 2019, in a general assembly, declared its territory free of mining and demanded the immediate exit of extractive companies from the territory. The actions of this company and its subsidiary in Ecuador (Lowell Minerals) constitute serious threats to peace and health in the Amazon region as a whole. If the cases of COVID-19 are confirmed in the Shuar communities of Warints and Yawi, this is because the company exposed them to the risk of contracting the virus.

We condemn the ongoing destruction and risks to the public health of these communities caused by foreign mining companies Aurania Resources (Canada), CRCC-Tongguan (China), SolGold (Australia), Luminex Resources (Canada) - BHP (Australia), Lundin Gold ( Canada) / Newcrest (Australia), Fortescue Metals Group (Australia) and Solaris Resources (Canada) in the Ecuadorian Amazon. Their activities are causing irreparable damage and putting the indigenous social fabric and the Amazonian ecosystems in all their mega-diversity, at grave risk. Their mere presence in the region, due to the possibility of coronavirus transmission, may exacerbate these impacts. Similarly, we condemn any attempt by these companies to wash their image by taking advantage of the crisis to position themselves by offering social and sanitary works.

We condemn the permanent militarization of the indigenous territories of the Ecuadorian Amazon. The presence of military personnel not only represents an immediate threat due to the possible spread of COVID-19, but represents yet another attempt to impose a development model that is both destructive and violent.

We stand in solidarity with the government of the Shuar Arutam People and with the other Indigenous and traditional peoples living in the Ecuadorian Amazon. Their self-subsistence food and economic activities are already negatively affected by mining and oil extractive activities, making them even more vulnerable to a possible outbreak of COVID-19.

We support the call of the PSHA to demand that immediate attention be paid by the relevant government authorities and we demand the immediate exit of the extractive companies from the territory of the Shuar Arutam People and from the other Amazonian indigenous territories so that the epidemic of COVID-19 does not continue to spread, thereby increasing the likelihood of these vulnerable populations, to become infected.