Stop Adani: Thousands turn out for a day of national action 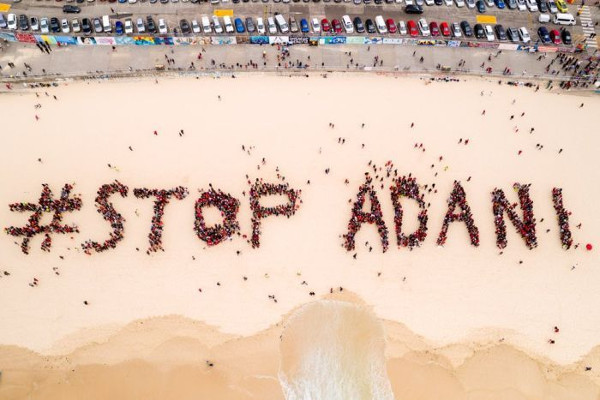 In a grand demonstration of community opposition, over 16,000 nationwide turned out to create human signs displaying the simple message: Stop Adani.

The Wangan and Jagalingou people - Traditional Owners of the area also known as the Galilee Basin - are gravely concerned about the the planned mine. They say that it would have devastating impacts on native title, ancestral lands and waters, on plants and animals and, on cultural heritage.

The planned mine is often described as a 'carbon bomb', and if it went ahead it would cancel out any good achieved from Australia's already weak goals for reducing greenhouse gas emissions between 2020 and 2030.

Yesterday over 16,000 people turned out around Aus with a simple message: #StopAdani! Australia, you are awe-inspiring and can do anything! pic.twitter.com/HDaTodY74c

Friends of the Earth are proud members of the Stop Adani Alliance of groups.