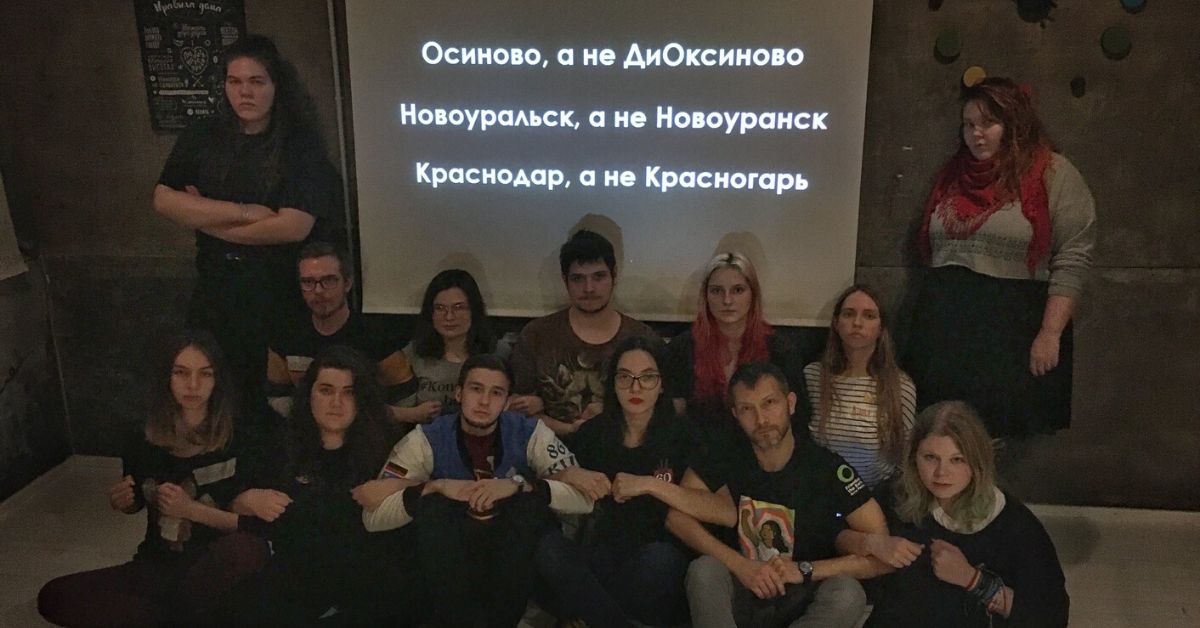 Friends of the Earth Australia stand in solidarity with environmental activists from three different regions of Russia struggling with three different issues who have been subjected to undue pressure.

The garbage collapse is approaching in Russia and the hierarchy of waste management is not maintained. Instead of reducing waste and developing recycling, incineration and waste landfills  are supported. It reasonably causes numerous protests in many regions of Russia.

On the 16th of December, there was mass detention of participants in a peaceful tent camp which was created against illegal construction of a road to an incinerator in Osinovo village, the Republic of Tatarstan. Eco-activists were fined 167.5 thousand rubles, and one person was arrested.

There is still strong pressure on activists who have been protesting against landfill construction near Shies station in Arkhangelsk region for more than a year.

Thirty-three organizations and movements and 58 thousand people opposed the resumption of the import of uranium tails (Uranium Hexafluoride - UF6) into Russia; numerous protests took place in Russia and other countries. Instead of stop of the import of hazardous waste, administrative cases against three pensioners were initiated as a response to their protests in Novouralsk (administrative charges were dismissed later).

Six people out of uniform and two police officers detained Rashid Alimov, an anti-nuclear expert of Greenpeace Russia, at the entrance of his own house after an action in St. Petersburg; now he is facing a massive fine. We believe that the import of UF6 and nuclear industry must be stopped and replaced by renewable energy sources.

Forest fires in southern Russia are also a systemic problem. The forest fire damage is more than 2.6 million rubles in Kuban only. The cause of fires is attempted arson, including agricultural burns. In recent years, the activity of volunteer firefighters has been actively developing. Instead of improving the fire extinguishing system and supporting volunteer firefighters, the Ministry of Justice of Russia listed the non-profit organization “Civil Initiative against Environmental Crime” into the register of “Foreign agent” organizations on the 29th of October.  On the 16th of December the organization was fined 300 thousand rubles.

The brutal attack on fire activists of the “Environmental Watch on North Caucasus” and “Greenpeace” Russia camp in 2016 was not investigated. Criminal case on the attack was dismissed.

Fires and floods in different parts of Russia are common disasters nowadays, but striking for climate in Russia is not an easy form of activism. Novosibirsk, Sochi, Saint-Petersburg and Murmansk are among the cities where youth activists faced restrictions for their mass strikes on November’29. More of that, a youth Russian climate activist Arshak Makichan has been striking for more than 40 weeks already and inspired a Russian “Fridays For Future” movement. On Friday, December’20 he has been sentenced to six days in prison for taking part in an earlier demonstration in Moscow.

- to end the persecution of environmental activists;

- to ensure openness and transparency of environmental information and wide public participation in this field.