Join the #StopAdani and Beyond Roadshow: June 2021

From June 1 - 8, the #StopAdani movement is gearing up to finally put a stop to Adani's plans and end funding for all coal mines with a huge roadshow to mobilise supporters and get everyone active! 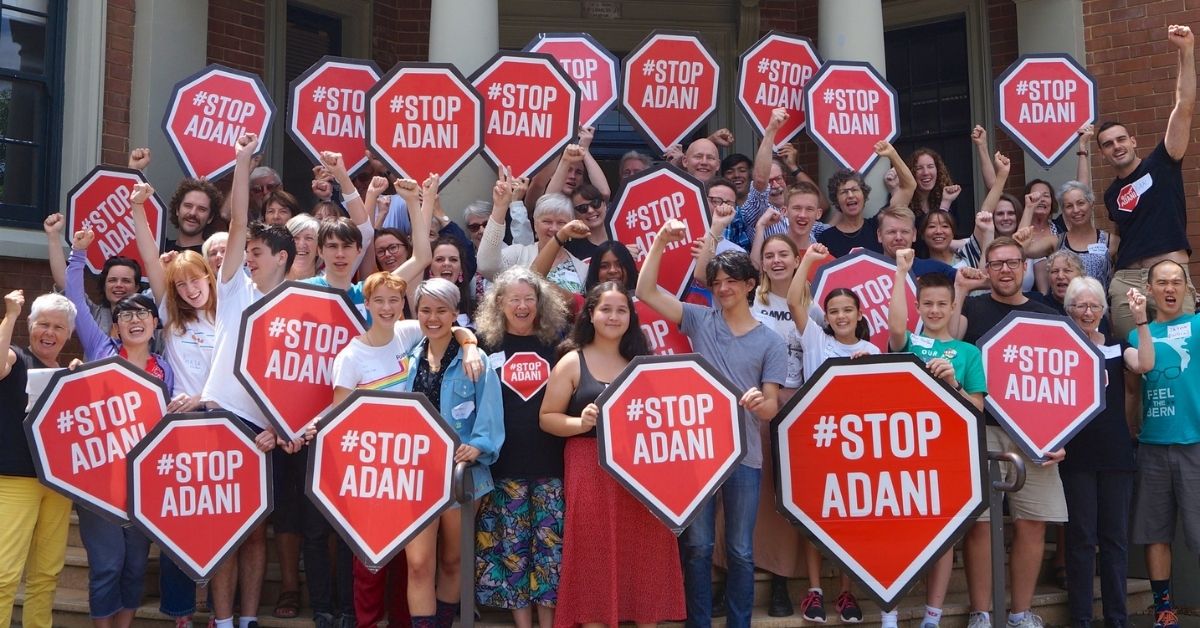 This from the #StopAdani crew:

The climate crisis is here, and coal is its biggest driver. Despite this, Adani are still trying to dig the biggest coal mine in Australia’s history. And now, damning research shows that the world’s biggest investment companies are funding it all.

It’s crunch time for us to stop Adani's coal mine and we have a plan to end the funding of all coal while we’re at it. We’re not mucking around. We’re starting with the biggest investment company in the world - BlackRock - who are also the biggest investor in Adani.

We know this can be done, because we’ve been doing it. The #StopAdani movement has already pushed 95+ major companies to rule out Adani’s climate-wrecking coal. Now, if we can push the world’s biggest investment companies to divest from coal, then we can stop Adani’s coal mine and cut the coal industry off from investment.

The #StopAdani and Beyond Roadshow is your opportunity to get active with one of the most prominent movements in Australia working to end coal and stop the climate crisis. The Roadshow will visit Brisbane, Sydney, Melbourne, regional centres across the country, and the Brisbane event will be broadcast live to Zoom, so that everyone anywhere can join!

Join in your capital city

Reserve your spot today to join hundreds of people passionate about ending coal and protecting the climate at a #StopAdani Roadshow event in your capital city.

Join in your regional centre

A number of regional locations are hosting in-person #StopAdani Roadshow events with local MCs and speakers on Tuesday, June 8. These events will include an exciting live cross to the Roadshow in Brisbane to watch key moments together.

This is an online version of the Roadshow hosted over Zoom for people who can’t attend in-person events. It will have its own online MC and speakers, and an exciting live cross to the Roadshow in Brisbane to watch key moments together.

Bring your friends and family together and watch the online version of the Roadshow hosted over Zoom on Tuesday, June 8. This is for people who can’t attend in-person events. Click here to find a guide about how to organise a Watch Party - it’s easy and fun!

The #StopAdani movement is made up of thousands of individuals and community groups across Australia.